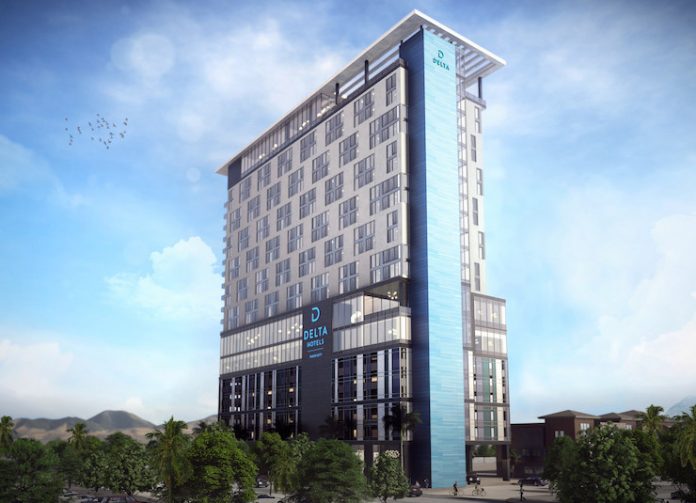 Neighboring the Harmon overpass, the zero-lot-line property will provide guests access to the Las Vegas Strip and primary convention centers.

Projected to open in the fourth quarter of 2021, Delta Hotels by Marriott is the final phase of CAI Investments’ 8.6-acre multi-purpose development, which began in 2017. The multi-million-dollar project also includes 27,000 square feet of retail and restaurant space with confirmed tenants including Walgreens, Del Taco, Denny’s, Wahoo’s Fish Tacos, and Chick-Fil-A.