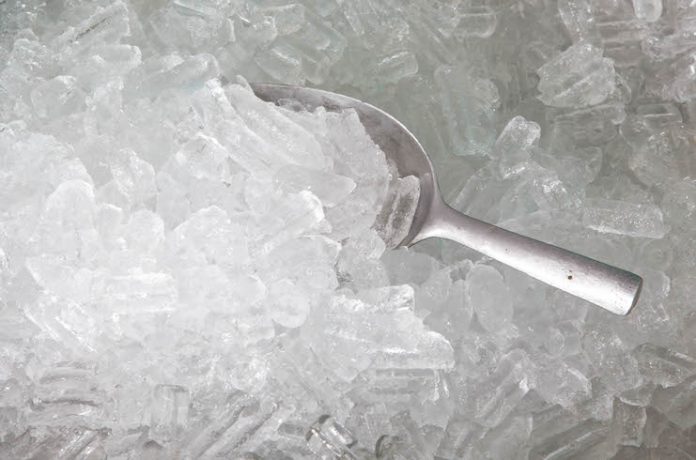 Ice machine freeze-ups interrupt ice production: This can happen any time of year, but it’s particularly common during the winter. Guests enjoy iced drinks even during the cold months, but restaurants, bars, hotels, and lodges rely on ice for other important purposes. It’s critical to avoid anything that could reduce the ice supply. Facility managers can address and prevent environmental issues that could cause an ice machine to stop working by keeping a few considerations in mind.

An ice machine functions best with 70-degree ambient air around the unit and 50-degree water coming into the unit. A decrease or increase in either ambient air temperature or water temperature can affect ice production. Even the difference of a few degrees can lengthen harvest cycle times, which are the time it takes the ice maker to produce one batch of ice.

In the winter, lower air or water temperatures can damage an ice machine to the point that it freezes up and stops producing altogether.

Poorly insulated buildings lead to low ambient temperatures during cold weather. Older buildings or those with a centralized heat source like a fireplace are especially difficult to keep at the preferred 70 degrees.

If a door is opened frequently or left open, perhaps during a food order delivery, the ice machine may shut down due to incoming cold air. This can be resolved by placing a heat source near the ice maker to keep the environment within manufacturer recommendations or by relocating the ice machine to an area that is warmer or better insulated.

In environments with extreme winters, lower ground temperatures will lower water temperature, which could cause water to freeze in poorly insulated pipes or water lines. Even if water doesn’t freeze, if it drops below manufacturer-recommended parameters, the ice machine may stop producing. Certain ice machine brands are more susceptible to cold water temperatures, and their harvest times can double or even triple when the water temperature drops only a couple of degrees.

A plumber can assess frozen pipes and determine a solution, which might include insulating the pipes in a more efficient manner. Frozen pipes can prevent water from reaching the ice machine, which can lead to beep codes, component failure, and freeze-ups that can reduce or stop ice production.

If a facility is in an older building, or one that has known issues with pipes freezing, it’s important to immediately address these issues. Ice machines require consistent water supply, and an interruption of water supply can damage the machine or lead to expensive repairs and an unreliable supply.

John Mahlmeister is the chief operating officer and co-founder of Easy Ice.