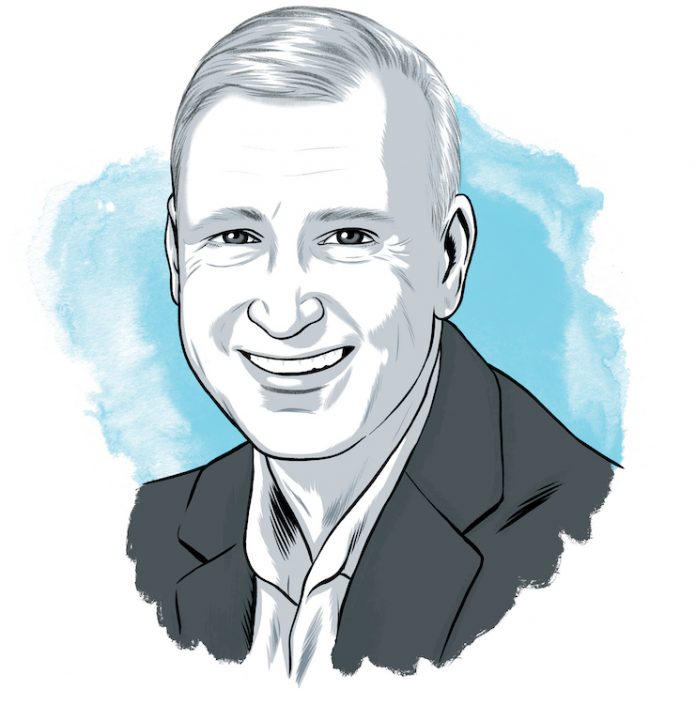 Roger Bloss is a 49-year veteran of the hospitality industry who succeeded in business and life by playing it straight. However, after two devastating health crises—a ‘widow-maker’ heart attack and a nearly fatal car accident—the hotel developer who founded Vantage Hospitality Group and is now CEO and president of Alternative Hospitality, a division of MJ Holdings, Inc., turned to cannabis as a non-addictive alternative to opioids for pain relief. Learning first-hand about the myriad benefits of cannabis, he told LODGING, was the inspiration for creating the health-and-wellness, cannabis-based hotels he describes, the first of which is slated to open next spring.

How did you become interested in cannabis for health and wellness?

I learned the hard way what non-recreational cannabis had to offer. First was the so-called “widow-maker” heart attack I suffered in 2008. Then, barely a year later, I was severely injured after driving my truck off a cliff. I was told I’d never walk again and offered opioids for the crushing pain. I was running a huge company—Vantage—but I could barely move, much less get on a plane. I didn’t want to become addicted to opioids, so when my doctor in California, where I was living then, suggested I try marijuana, which was legal there, to relieve my pain well enough to begin rehabilitating myself, it opened my eyes to a whole other aspect of it beyond recreational use.

But why open a hotel instead of a dispensary?

Once I learned about the different properties of cannabis for myself, I realized there was much more to it than just buying it the same way you’d purchase alcohol at a liquor store. There are different ways it helps me, including with sleep as well as pain. I wanted to create something that allows people to experiment, explore, engage with it—something you can’t do in a dispensary in 15 minutes.

I thought a hotel focused on health and wellness was the best way to provide an environment in which people could safely experiment with and assess the benefits of the different forms of cannabis over a period of at least a day or two. So, I looked for a cannabis-legal place where the weather was great, and the lifestyle was conducive to a real experience—sort of like in wine country, where people learn about how the grapes are grown, aged, and bottled. Basically, I wanted a facility where people who were interested could learn more about it—including how the strains differ and the range of benefits they offer, both physical and mental.

How does this kind of hotel fit into the overall hotel industry?

To put it in hotel terms, the hotels will fit into the upper-midscale segment, with relatively low pricing—room rates would place it in the two-star range, physical quality at three-and-a-half stars, and service at four stars. But those ratings don’t begin to describe the actual experience and facilities. Our rooms will be very clean—I’m a germaphobe—but also green. We’ll use hemp concrete, have hemp bedding and clothing, high-alkaline water for drinking, and there will be healing desert hot springs water in the bathtubs and in the lazy river pool. There will also be a first-rate workout facility, including classes for yoga and Pilates, plus an amphitheater for entertainment, educational seminars, and parties. My goal is always to build a hotel that’s based on a great stay, super clean, with great food and service, where people of like minds—in this case, people interested in cannabis— have the opportunity to interact with one another.

What will be its differentiating features?

The focus will be on health and wellness in general, but with the incorporation of cannabis. Therefore, amenities and services will be geared toward travelers who are looking for the opportunity to safely experiment with cannabis. Guests will be given a questionnaire in advance on their specific cannabis-related interests. Do they have pain? Trouble sleeping, relaxing? We can pre-select some products for them to try, which will be included in a complimentary basket. They can also purchase a weekender kit. Products for pain and sleep issues generally do not contain tetrahydrocannabinol (THC), which is the principal psychoactive constituent of cannabis; but for those interested in recreational use, there will be a full selection of marijuana products that contain THC. While smoking will be strictly prohibited in rooms, there will be areas on the property where people can be comfortable smoking; if they want to do it privately, they can request a room with a balcony, where smoking will be permitted. 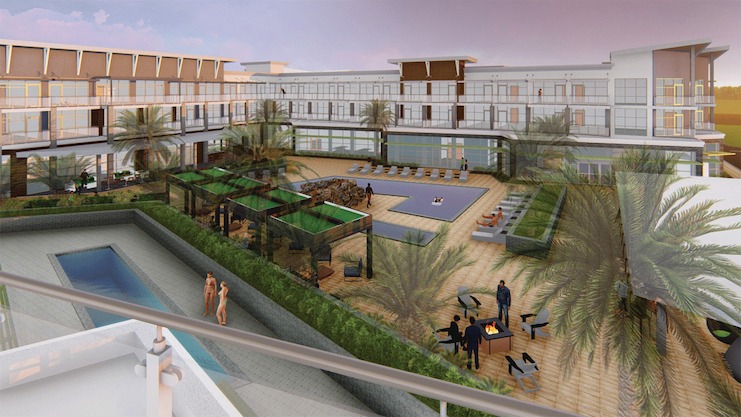 The on-property dispensary will be stocked with wellness goods, including cannabis-infused lotions and shampoos, as well as a full range of cannabis products. Guests will be encouraged to share feedback to get the experience they are seeking with concierges who can modify their dosages and delivery methods.

What’s the timetable for rolling out these hotels?

Our first hotel, the 150-key Coachill Inn Resort in Desert Hot Springs, Calif., is currently under construction, but our goal is to have it open next spring in time for the Coachella Valley Music and Arts Festival. The company is focusing its initial growth on states with legalized recreational marijuana—there are now 10. We have eight projects under contract, including three in Las Vegas, three in the California desert, one in Michigan, and one in Oklahoma.

Once cannabis is federally legal, we expect more demand for pot-friendly hotels, and to face competition from publicly traded hotel companies—once they receive the green light they need to proceed.

Red Lion Closes Acquisition of Vantage Ahead of Schedule