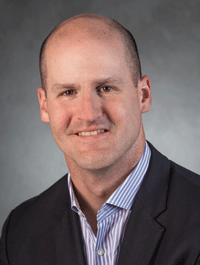 Alex Cabañas, CEO of Benchmark Hospitality International, could not be in a better mood. Following the July 11 announcement that Benchmark and Gemstone Hotels & Resorts had merged, Cabañas is enjoying a well-deserved vacation in Vail, Colo., with family. As his wife and two sons pursue a Pokémon hunt, the CEO of the combined companies finds a perch on a rock and takes in the mountain air. Combined, Benchmark and Gemstone have a portfolio of 58 unique and distinctive properties with nearly 10,000 staff members. Cabañas explains why the merger was a natural fit, and the synergies and opportunities for growth and expansion this move creates.

What led to the merger? Did the consolidation trend in the industry play a role in the decision? We were both looking for the right kind of scale opportunity. Bigger is not always better, but as the industry has evolved scale has definitely become important. We’re very happy with the deal we made, but it wasn’t driven by what the industry was doing. Neither company was in a position of having to do something, but we’re really excited we did, and we’re excited we joined in the mergers and acquisition effort.

How did you ensure buy-in from your teams? As private companies, we let our GMs, home offices, and corporate teams know two to three weeks before we announced the merger. Then, on July 8, we announced internally to our entire teams. We wanted all of our employees to hear it from us first, rather than from industry rumors or a press release. We also had conversations with every single ownership group, and then separately had conversations with every prospective deal that was either a letter of intent or very close to making a deal. We’ve been very communicative with our clients and to-be clients, to make sure they’re supportive, and we’ve received nothing but praise for the benefits we’re going to bring to the table.

How’s progress on the new name? [Editor’s Note: The company has since announced the name “Benchmark” as its new corporate identity.] We want to make sure we get it right. More than likely, Benchmark and Gemstone will stay in the brand architecture. Gemstone is very well known in the independent smaller boutique lifestyle space, and Benchmark is certainly known in the larger resorts, hotel, and conference center space. We complement each other well in terms of our brand equity in the industry, and we don’t want to lose that. At the same time, there is intrigue and excitement about a new name and identity we can create together from scratch. It’s been an interesting process with a lot of emotion around it. It’s almost like renaming your child.

What potential synergies have you identified? There are a lot of complements between the two companies from an operations standpoint. Gemstone has always had a strong revenue management group, and they’ve got a great forecasting and business intelligence finance system. Our finance teams have already looked at the tools together, and we’re coming up with an integration plan. And, because of its size, Benchmark had a lot more infrastructure on the sales and marketing side, so that’s been an immediate benefit to Gemstone. Our combined geography is mutually beneficial as well. We still need to get New York City back—Gemstone had a property there that sold last year—so there are some destinations we’d love to be in that we’re going to be more focused on going after.

Your father, Burt, will remain chairman of the combined companies, but he passed the CEO role off to you in 2013. How has the transition been? The transition itself has been challenging, no doubt, because my dad was CEO for 35 years. Being in a control position and then handing that off to somebody else is not easy, but we have been very communicative throughout the process to make sure we never lost a moment or a smidgen of our culture and how we think about doing business. It took us a year to 18 months to get where we were really comfortable, and the last year has been great. We used to tell each other, if it ever got wrong or weird or off, I’d go do something else. We weren’t going to risk our father-son relationship for the benefit of the company. Fortunately, it’s only made us a better father and son, and at the same time, a better chairman and CEO.