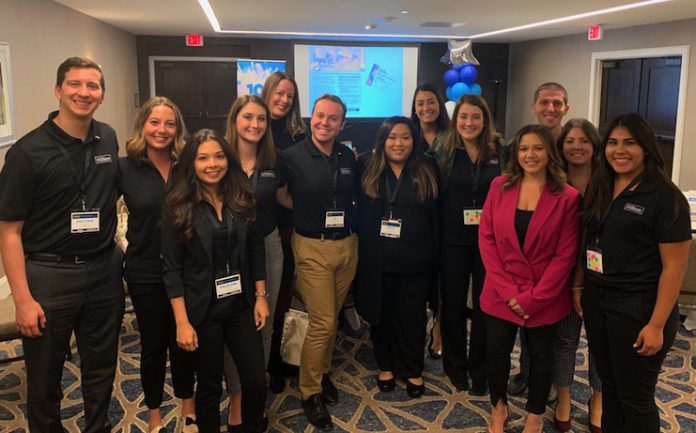 The American Hotel & Lodging Association (AHLA) and the American Hotel & Lodging Educational Foundation (AHLEF) have long seen the value in apprenticeship programs in hotels, and are deeply invested in providing solutions that empower hotel workers, teach important skills, and prepare them for a long career in the industry. This year alone, 500 properties in 42 states—plus Washington, D.C.—have worked with these organizations to train 750 apprentices.

And the hotel industry isn’t the only one that appreciates the opportunities inherent in apprenticeships. In 2014, the U.S. Department of Labor launched National Apprenticeship Week—a time for businesses, communities, and educators to turn a spotlight on their apprenticeship programs and celebrate those who complete them. This year, National Apprenticeship Week is November 11-17. Since 2016, the American Hotel & Lodging Association (AHLA) and the American Hotel & Lodging Educational Foundation (AHLEF) have been participating in the event, spotlighting the organizations’ educational opportunities and industry partnerships that lead to stronger, more profitable careers for hotel team members.

Why were AHLA and AHLEF initially drawn to apprenticeship programs?

The apprenticeship model has been used widely in Europe as a training initiative for quite some time, not just for the hotel industry, but for all industries. Major brands like Marriott and Hilton, among others, have been using it in their European properties for many, many years. We saw the success of what had been happening overseas within our own industry and wanted to see if we could replicate that and bring it here to the States. We started working with the Department of Labor in 2016 on this initiative and, along with our national AHLA Human Resources Committee, built out our first apprenticeship program for hotel managers. We launched that in 2017.

What sort of response did the program get out of the gate?

The immediate response was very positive. We were blessed in that we had a number of hospitality companies that were willing to take a leap of faith with us and try a training program that had really never been tested before here in the States. It also helped that we could point to the success that similar programs were having in other countries as proof of concept. One of the first companies that signed up was Hilton, which had been running successful apprenticeship programs in places like the UK and Germany for a long time. They were one of our very first employers. On the management company side, Dave Johnson at Aimbridge was also one of the first to say, “yes.” Since Dave was the chair of AHLEF’s board, I think he felt really invested in the success of this and wanted to make sure that his own company was participating.

Do you have any data about its impact?

The statistic that got us excited was the retention rate. We’re seeing a 94 percent retention rate in this program. Ninety-four percent of the apprentices that start the program are finishing the program and staying with their employers, being promoted into managers, and have taken that next step in their career.

And every company has taken a different approach. Some companies are using this to really focus on building their frontline staff into supervisors and managers. And then other companies are using it to build up their bench strength of assistant general managers or general managers. It’s working in all spaces, if you will, and that’s really cool for us to see because we want to make sure that this is something that can help everyone in the industry and not just one segment.

How are apprenticeship programs representative of AHLEF’s overall goals?

Our ultimate goal is to help advance the lodging industry workforce, and this is the type of program that can help to get us there. It allows us to take people from all walks of life, all backgrounds, all experiences in the industry and help them get to the next step. What’s equally as important is this was a program that the industry asked for. When we started to build it and we worked with our Human Resources Committee, we asked them what occupation do we start with? Where do we start this journey? And all of them said we need to increase the bench strength of managers and supervisors. That’s a major need in the industry right now. It’s not only helping people to advance their individual careers, it’s also meeting a need that the industry has. That’s a win-win for everybody. 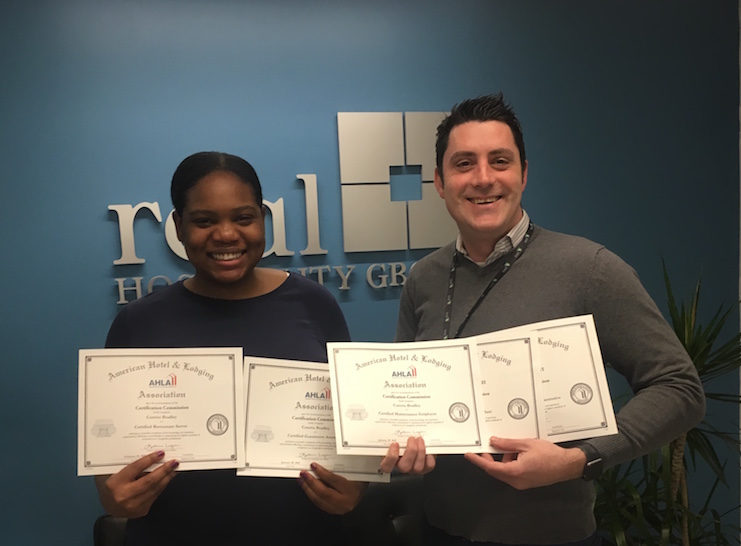 I also want to mention that this is not a revenue generator for us. It’s not an expensive program either. It costs just $400 per apprentice, and we have government funding from the Department of Labor to help support the program and the employers. A lot of companies may think training like this is expensive, but that’s is not the case at all with our apprenticeship program. It is a way that we can give back to the industry and we have three full-time people here at the Foundation who support this program for our employers.

What do you hope to see from the program in the future?

What we hope to see is the launch of other apprenticeship programs outside of the management sector. We’ve gotten a lot of feedback from our Career Development Committee about building out new programs.