Home People Checking In Building a Legacy: Neal Patel on His New Position as Incoming AAHOA... 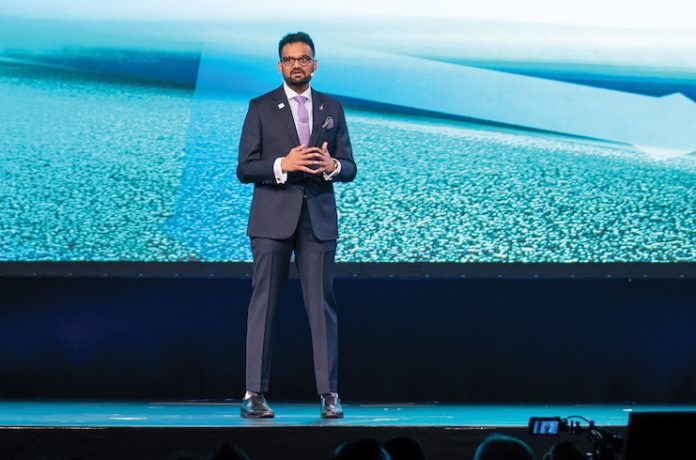 Nishant (Neal) Patel has been immerse in hospitality for much of his life. “I grew up in Surat, India. My family left everything they had in India and came to the United States nearly two decades ago to start a new life,” Patel shares with LODGING. Once stateside, Patel says his family worked at an independent hotel in Laurel, Mississippi. “My parents wanted to create a better life for their children and leave a legacy that generations to come would be proud of,” Patel explains. “They took all their savings, they borrowed from everyone, and used that to purchase their own property—a 21-room motel in Giddings, Texas, about an hour outside of Austin. If it weren’t for my family and extended family, I wouldn’t be where I am today.”

Today, the second-generation hotelier is managing partner of Blue Chip Hotels, a company that specializes in hotel management and consultation and has more than 1,200 rooms spanning both branded and independent properties across multiple states. In addition to his role with Blue Chip Hotels, Patel is the incoming 2022-2023 chairman of the board of directors for the Asian American Hotel Owners Association (AAHOA)—the largest hotel owners association in the nation whose nearly 20,000 members collectively own 60 percent of the hotels in the United States, according to the results of an economic impact study conducted in partnership with Oxford Economics in 2021.

Patel’s history with AAHOA dates back to 2012 when he first joined as a member. “When my family bought our first franchise property, I helped close the deal. I grew up learning the ins and outs of independent hotels, but I never know how to run a franchise property—the guidelines are different. The educational and networking events put on by AAHOA helped me learn more about how to manage a franchise property,” he says. Patel quickly involved himself in the association, volunteering as an ambassador and joining the board of directors in 2016 after he was elected as the Young Professional Director Western Division, a position he served for three years.

As the incoming chairman of AAHOA’s board, Patel says his biggest priority is making sure the association remains “the resource for the membership that we intend it to be”—a source of knowledge and community for hoteliers at all stages of their careers to learn and grow their businesses, just as he did when he first joined as a member a decade ago.

Keeping up with the industry will be critically important as the hotel business continues to evolve in the wake of the COVID-19 pandemic. While Patel notes that economy and extended-stay hotels have posted revenue levels outpacing comparable 2019 numbers, “upscale and midscale hotels are struggling to bounce back. I think it will take a few years for them to break even.” His own business has grappled with ongoing labor shortages that were exacerbated by the pandemic, he adds. “We increased wages but still didn’t have enough people to cover the overnight shift. From housekeeping to front desk agents, we struggled to fill positions.”

Despite these challenges, Patel says he remains hopeful and sees exciting opportunities to enhance the business and, as a whole, advance the industry. In the year ahead, Patel, who also serves on the advisory council for the Hospitality Industry Technology Exposition & Conference (HITEC), is looking forward to seeing technology play a bigger role in hotel operations. “COVID has sped this up—because of labor shortages during the pandemic, we were able to implement guest self-check-in kiosks, allowing our employees to do other things, helping the bottom line,” he explains.

In fact, Patel sees a future where “every company will be a technology company” in five of 10 years. “Companies like Uber, Airbnb, and VRBO don’t own physical assets, yet their value is going up,” Patel points out. “To be successful, we must look at technology and its ability to capture data, adapt to it, and evolve. Data is more valuable than oil.”

Of course, the core of hospitality will always come back to the people—guests and those who work in the business—and that’s also what Patel says keeps him coming back each day to this industry he knows so well. “I do what I love, and I’m always surrounded by the people I want to be surrounded by—people who take pride in being a part of and being involved in AAHOA.”

For Patel, being a good leader comes down to paying attention to others and always listening. “If you’re talking, then you’re not learning. It takes a confident and humble leader to realize that you’re not always the smartest person in the room.”

Since its founding in 1989, AAHOA has grown to represent nearly 20,000 members. A recent two-year study conducted in partnership with Oxford Economics detailed just how much the association has expanded over the years. Released during the 2021 AAHOA Convention & Trade Show last August, the Oxford Economics report found that 60 percent of all U.S. hotels—a total of 34,260 properties and 3.1 million guestrooms—are owned by AAHOA members. In states including Arkansas, Louisiana, Oklahoma, and Texas, that share came close to 90 percent. By segment, AAHOA member-owned hotels account for 65 percent of economy, 56.6 percent of midscale, 61.7 percent of upper-midscale, 50.7 percent of upscale, 46.8 percent of upper-upscale, and 40.7 percent of luxury hotels nationwide. According to the report, these AAHOA member-owned hotels generated an estimated $680.6 billion of business sales (i.e., revenue plus sales and lodging taxes), providing 4.2 million jobs and $214.6 billion in wages, salaries, and other compensation. Altogether, the properties contributed $368.4 billon to the U.S. GDP and $96.8 billion in federal, state, and local taxes.