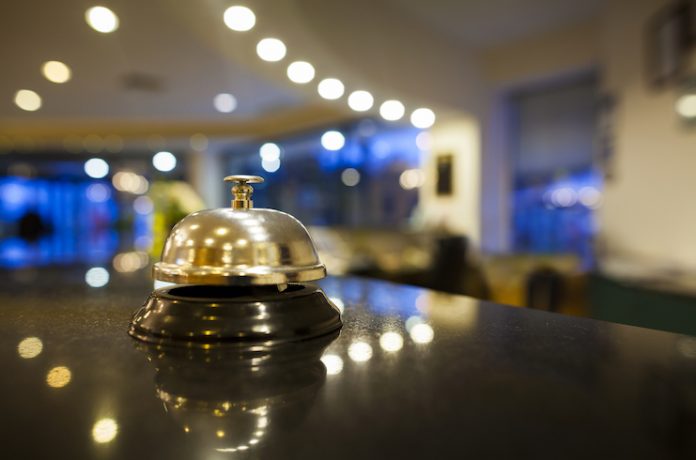 WASHINGTON—The share of holiday travelers who plan to stay in hotels is up this year, and hotels are the top lodging choice among those certain to travel for leisure in the next three months, according to a new national Hotel Booking Index Survey commissioned by the American Hotel & Lodging Association (AHLA) and conducted by Morning Consult.

AHLA’s Hotel Booking Index (HBI) is a new composite score gauging the short-term outlook for the hotel industry. The one-through-ten score is based on a weighted average of survey respondents’ travel likelihood in the next three months (50 percent), household financial security (30 percent), and a preference to stay in hotels for travel (20 percent). Based on the results of the survey, the AHLA Hotel Booking Index for the next three months is 7.1, or very good.

The survey also found that concerns about COVID-19 are fading among travelers but are being replaced by economic challenges like inflation and high gas prices. Eighty-five percent of respondents reported that gas prices and inflation are a consideration in deciding whether to travel over the next three months, compared to 70 percent who said the same about COVID-19 infection rates.

In a May AHLA survey, 90 percent of respondents said gas prices and inflation were a travel consideration while 78 percent said the same about COVID infection rates.

“This survey bolsters our optimism for hotels’ near-term outlook for a number of reasons,” said AHLA President and CEO Chip Rogers. “The share of holiday travelers planning hotel stays is rising, plans for business travel are on the upswing, and hotels are the number one lodging choice for those certain to travel for leisure in the near future. This is great news for our industry as well as current and prospective hotel employees, who are enjoying more and better career opportunities than ever before.”