Home People A Look Back: The Accomplishments of Curt Strand 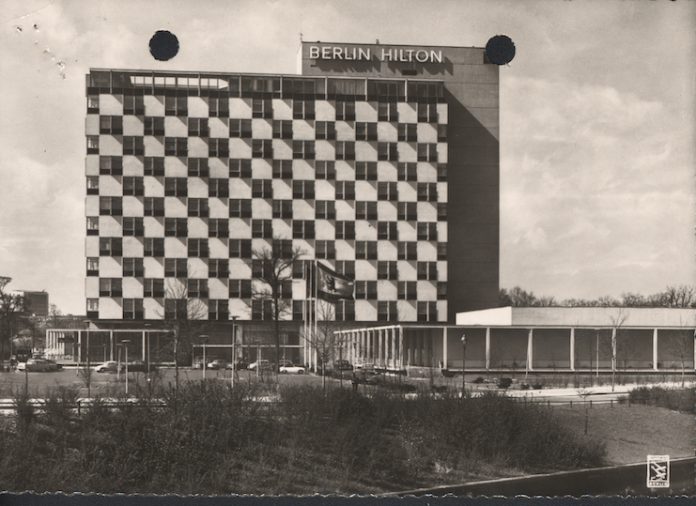 In July, hotel industry giant Curt Strand passed away at the age of 99. Among his many accomplishments, Strand was the last living link to the exciting era of early international hotel development. He was the first president of Hilton International, an entity that spun off of Hilton Hotels, which remained the domestic arm of the Hilton name. Starting in 1953, Strand played an important role in shaping what would become Hilton International and would serve as the president—and, eventually, CEO—of the company from 1968 to 1987.

Born 1920 in Vienna, Strand and his family fled Austria and settled in the United States in 1937. Within a few years, he entered Cornell University, graduating in 1943. Soon after, he found himself serving in military intelligence during World War II. Following the end of the war, in 1947, he applied for a position at the Plaza Hotel in New York. Unbeknownst to Strand at the time, the Plaza was owned by hotelier Conrad Hilton, a connection that would prove fruitful in the future. Strand rose quickly through the Plaza’s ranks and caught the eye of J.B. Herndon, Conrad Hilton’s right hand man and confidant. Herndon moved to have Strand work directly for him, and Strand recalled it was like having his own tutor. Under Herndon’s guidance, Strand wrote a series of articles for an entire issue of Hotel Management on the Hilton development program. He essentially explained the DNA of Hilton’s operations.

In 1953, he moved over to the fledging Hilton International division. By this time, Hilton had one international hotel, The Caribe in Puerto Rico, one in Spain opening that year, and a handful of other properties in various stages of planning. Strand soon started traveling the world, finding locations for future Hilton hotels. The key was finding local investors who would build a property to Hilton specifications, but with minimum upfront cost to Hilton. Then Hilton would operate the hotel, sharing in the profits, under what today we call a management contract. Back then, this model was almost revolutionary in hotel operations. Strand wrote copious letters and memorandums, often many pages long, to Conrad Hilton detailing his meetings from different locales. Strand’s writings also represent a window into the world of international travel and business during the Cold War years of the 1950s and 1960s.

From 1958 to 1960, Strand served as the opening GM of the Berlin Hilton. He knew he needed to experience what a general manager position entails, especially when the hotel is in the process of opening its doors. He recalled in an interview that his leadership of the Berlin property was unique because of the demands of opening a new hotel in a city that was still recovering from the devastation of World War II.

In his retirement, Strand stayed active, consulting, traveling, and enjoying his life in Snowmass, Colo. Strand has left an indelible legacy in the world of hospitality, and his use of the management contract still shapes the industry today.