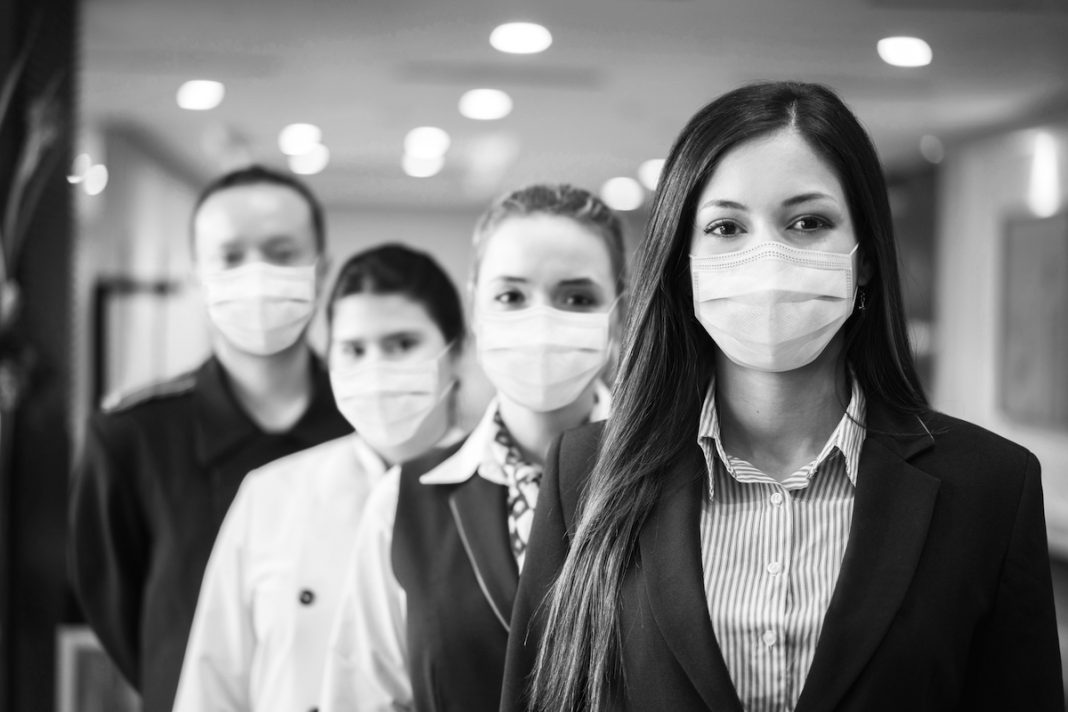 As far as the hotel industry is concerned, the COVID-19 pandemic has been a catastrophe. Hoteliers have had to deal with restricted travel, severely depressed occupancies, new cleanliness rules and regulations, and so much more.

But through it all, many, many hotels have remained open. Hotel workers are serving guests, helping their communities, and providing a home-away-from-home both for people who have continued working throughout the pandemic—essential workers like traveling nurses, disaster relief workers, and truck drivers—as well as those impacted by natural disasters and other dire circumstances.

Frontline hotel workers’ dedication to this industry makes them LODGING’s 2020 people of the year. They’re the ones ensuring that hotels run smoothly and that guests’ needs are met during this difficult and dangerous time.

LODGING spoke with eight frontline hotel workers about how the pandemic has impacted their jobs and hotels. Despite the challenges, which varied greatly from one person to the next, depending on their location and circumstances, each of the people spotlighted in this story had one thing in common—an unshakable passion for hospitality. 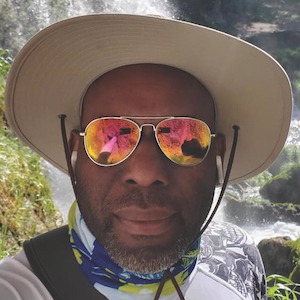 Robert Soto is nothing if not resourceful and resilient. In March, when he was furloughed from his position as food & beverage manager at Beaver Creek Lodge in Beaver Creek, Colo., he decided to use this work interruption to complete his degree in resort management at Florida International University (FIU), thanks to an AHLA Foundation scholarship. Soto described for LODGING how zig-zagging across job descriptions and state lines have shaped him as a person and brought him to this moment with a wealth of experience that reflects a view of life and the ability to adapt more than a commitment to a specific career path. Read Soto’s full story here.

Leading a team in the midst of COVID-19 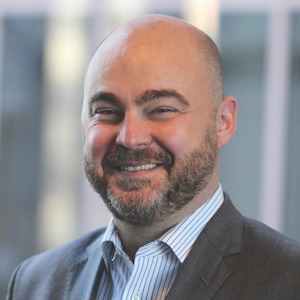 Radisson Blu Minneapolis Downtown General Manager Alex Francis discovered his love for hospitality when he was very young, traveling with his parents and staying in some of the world’s nicest hotels. “We would check into our hotel, head to our room, and I would phone the front desk to see what amenities were offered. It always amazed me how well everything was taken care of,” Francis describes. Looking to turn his passion for hotels into a career, Francis went on to study hospitality at Washington State University and rose through the ranks, serving in almost every position a hotel could offer. When the COVID-19 pandemic hit, the first thing Francis decided to do was take in as much information as possible, educating himself on the best ways to combat the virus and keep his team and his guests safe. Read the full story here.

The challenges and rewards of innkeeping in a topsy-turvy time 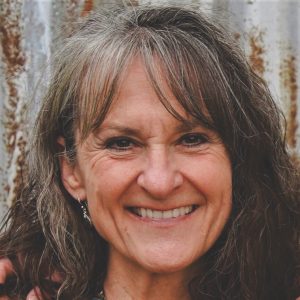 Although she was originally from New Jersey, Laura Moskwa and her husband Tony, who now own the Bradley Inn in New Harbor, Maine, had built satisfying careers and raised their family in Auburn, California. Yet, this former pension consultant says, over the years, she and her husband had toyed with the idea of opening an inn, saying, “I loved to cook and we enjoyed entertaining, creating a relaxed and welcoming environment for our many friends and houseguests in from the East Coast.” Moskwa shared with  LODGING how and why she and her husband took a leap of faith in March of 2017 to realize this dream, and the reasons even the challenges of the current pandemic have not deterred them. Read Moskwa’s full story here. 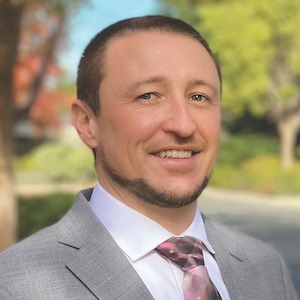 The pandemic wasn’t the only catastrophe people have had to endure this year—natural disasters have also had a devastating impact in different parts of the United States, with tornados in the Midwest, hurricanes in the Southeast, and wildfires in the West. Calder Barnard, general manager at the Holiday Inn Express & Suites Chico in Chico, Calif., had to contend with the latter, supporting families displaced by California wildfires in the midst of a global pandemic. Barnard says that while he has been in the hospitality industry for 10 years, he had never faced any challenges like 2020. Read Barnard’s full story here. 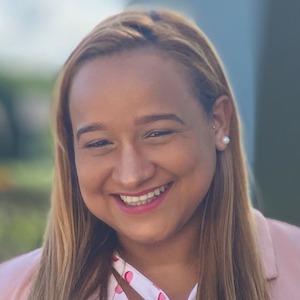 Yaniery Arroyo Familia, general manager at the Extended Stay America (ESA) Boca Raton in Boca Raton, Fla., began her hospitality career as a housekeeper. After she moved to the United States from the Dominican Republic, Familia was in need of a job. She needed something that would allow her to not just work, but also to go to school, with the aim of improving both her English and career prospects. A part-time housekeeping gig was the perfect job to accomplish those goals. Soon, Familia realized that a part-time job in the hotel industry could become a career, and she set her sights on climbing through the ranks. Over the course of nine years, Familia has worked in housekeeping, at the front desk, as a team lead, assistant manager, and training manager across five different ESA properties. Three years ago, she became a general manager. When COVID-19 hit and turned the hospitality industry upside down, Familia took the initiative to educate herself about the virus. Read her full story here.

Saving a life during a global pandemic 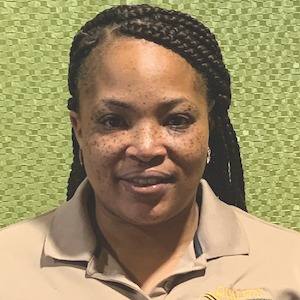 Carlotta Williams is a front desk agent and night auditor who works at two properties in the Nashville area, the Quality Inn Nashville Downtown – Stadium and the Clarion Hotel Nashville Downtown – Stadium. Before she began her career in hospitality, Williams never saw herself working in hotels. In fact, she started out in customer service, but once she started working in hospitality, she loved it. “My coworkers are like a family,” she says, adding, “so they’re stuck with me now.” Williams’ enthusiasm for the hotel industry is palpable, but the past year has not been an easy one. The Nashville area was hit with a one-two punch in the beginning of March. On March 2 and 3, a series of tornados caused significant damage in western and central Tennessee. Just two weeks later, COVID started to cause massive shutdowns and travel restrictions across the country. Read Williams’ story here.

Digging deep to weather crises as a team 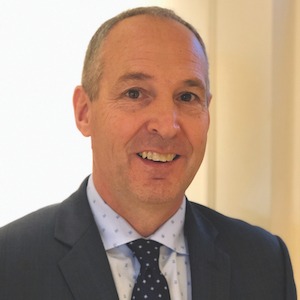 Looking back on 2020, Derek Grimaldi, CHA, general manager of The H Hotel, a Dolce by Wyndham Hotel in Midland, Mich., repeatedly stressed the pride he felt in his community and property stakeholders as they pulled together to adapt and simultaneously power through two once-in-a-century crises—a pandemic and flood—in ways that bode well for the future of the industry and the people in it. “Everything we did and the success we had wasn’t the result of any one person, but rather the collective efforts of everyone coming together and doing things we never had to do before.” Read Grimaldi’s story here. 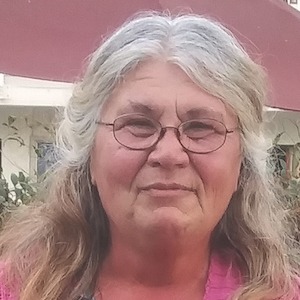 Joanne Montgomery started working for G6 Hospitality 13 years ago as a housekeeper at a Motel 6. She quickly recognized the potential of a career in hospitality, and at her 60-day check in with her manager, Montgomery noted that her ultimate career goal would be to “rise as high as [she] could.” Since then, Montgomery has climbed the ranks at G6, becoming head housekeeper and eventually corporate general manager at the Motel 6 in Modesto, Calif. Montgomery credits her success to her strong people skills and says that her favorite part of the day is getting to know new guests when the walk through her doors. Read Montgomery’s story here.

Derek Grimaldi: Digging Deep to Weather Crises as a Team

Carlotta Williams: Saving a Life During a Global Pandemic

Laura Moskwa: The Challenges and Rewards of Innkeeping in a Topsy-Turvy Time

AHLA Adrienne Weil - May 20, 2022
Dave Moore is part of Microsoft’s U.S. marketing and operations team, serving as the company’s travel and hospitality industry advisor. His goal is to...