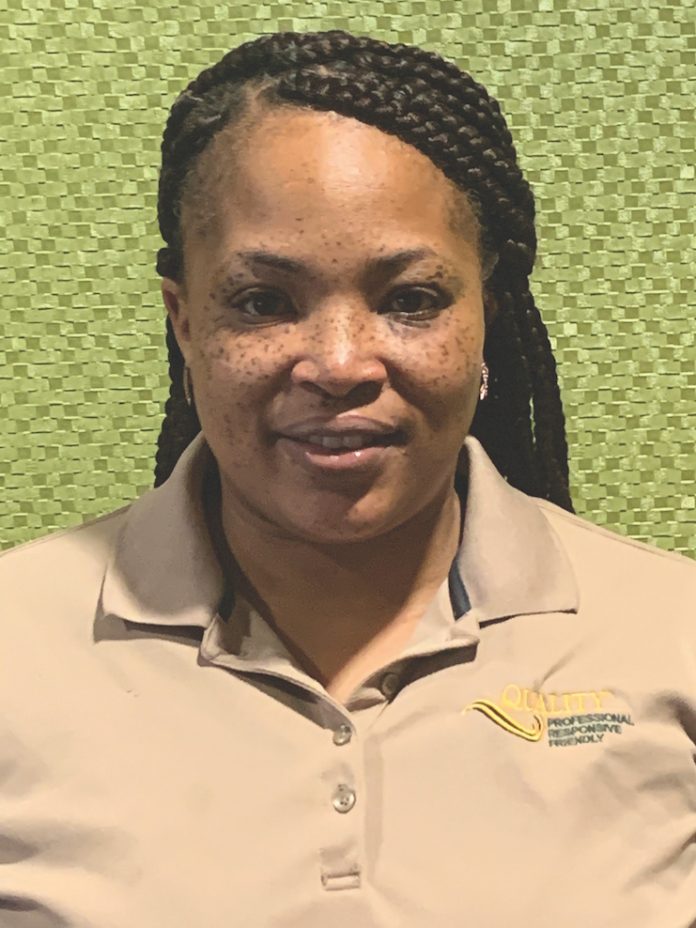 Carlotta Williams is a front desk agent and night auditor who works at two properties in the Nashville area, the Quality Inn Nashville Downtown – Stadium and the Clarion Hotel Nashville Downtown – Stadium. Before she began her career in hospitality, Williams never saw herself working in hotels. In fact, she started out in customer service, but once she started working in hospitality, she loved it. “My coworkers are like a family,” she says, adding, “so they’re stuck with me now.”

Williams’ enthusiasm for the hotel industry is palpable, but the past year has not been an easy one. The Nashville area was hit with a one-two punch in the beginning of March. On March 2 and 3, a series of tornados caused significant damage in western and central Tennessee. Just two weeks later, COVID started to cause massive shutdowns and travel restrictions across the country. Initially, Williams worked at just the Clarion, but it was damaged during the tornadoes, so much of the staff was brought on to help at the Quality Inn until repairs were finished.

At the onset of the pandemic, occupancy at the Quality Inn Nashville Downtown dipped significantly. Williams described her night shifts as “completely dead,” noting that she was used to having at least a few guests come through while she manned the front desk. “You might even have someone sit there and chat with you all night, but once COVID started, that interaction stopped,” she describes.

Things started to pick back up for the Quality Inn Nashville Downtown – Stadium in the spring, but for Williams, the summer was anything but business as usual. On a rainy night in June, Williams was working an overnight shift at the front desk when an emergency occurred.

Around midnight, one of Williams’ guests stepped outside. He didn’t come back, and about an hour later, his fiancé followed. When neither returned, Williams went outside herself and found that the first guest was in his car, unresponsive. Immediately, Williams sprang into action, first calling an ambulance and then performing CPR on the unconscious man until the EMTs arrived. Once help came, she turned her attention to the guest’s fiancé, helping her calm down and dry off. The man survived, and the next day was told that without Williams’ help, he might not have made it.

Williams was just glad she was able to help someone in crisis. She adds that helping those in need is what the hospitality is all about, especially now when it is mainly serving essential personnel like health care, construction, and disaster relief workers who need a place to stay. “They’ve got to stay somewhere,” she notes. “We can’t run the world without them.”

Does your property have a story to tell?

LODGING wants to hear from hoteliers and hotel workers about their experiences during the pandemic.  Send your story to editor@lodgingmagazine.com.

AHLA Andrew Usyk - September 28, 2021
Hoteliers across the country have endured an unparalleled economic crisis brought about by the COVID-19 pandemic. Yet nearly 18 months since the pandemic began...