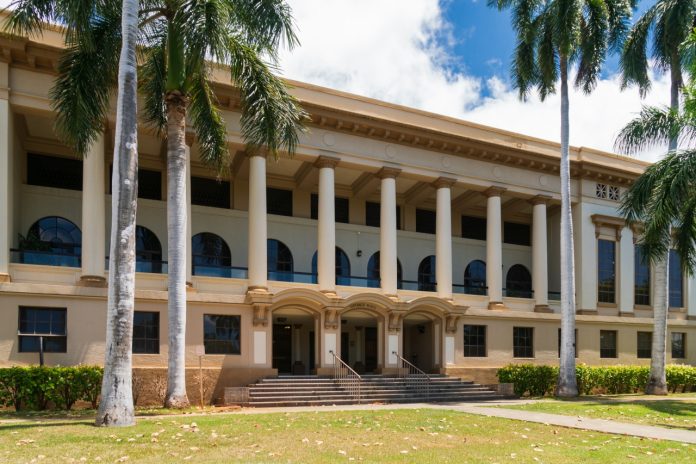 Honolulu – The Shidler College of Business at the University of Hawaii at Mānoa (UH) is joining forces with the School of Travel Industry Management (TIM School). The change was effective September 1.

“Workforce development is a major issue of concern in the global tourism industry and industry leaders have emphasized to us that there are many career opportunities for well-educated professionals, but it is critical for their employees to have strong business foundations,” said V. Vance Roley, Dean of Shidler College and Interim Dean of the TIM School. “We believe offering the best of the Shidler College and the TIM School will prepare students for successful careers after graduation.”

A search will begin soon for a full-time executive leader, who will be director of the TIM School and associate dean of Shidler College.

Shidler College’s initial investment in the TIM School will include financial support, management oversight and opportunities for students to gain real-world experience beyond Hawaii. With more than $1 billion in hotel holdings across the mainland, Jay Shidler, an alumnus of Shidler College and its largest donor, plans to develop internships for students. For all tenured and tenure-track TIM School faculty, Mr. Shidler has committed a $1.55 million gift to fund an initial two years of summer research support and will offer matching funds for six new faculty endowments in the TIM School. The college also has secured two Asia-Pacific based alumni gifts, which includes $500,000 for a distinguished professorship for the Director of the TIM School and Associate Dean of Shidler, and a $250,000 faculty fellowship.

The TIM School was part of the College of Business Administration (now Shidler College) from 1963 until 1992, operating successfully in a “school-within-a-college” model. The company has 50 food and beverage outlets in Singapore, Malaysia, Taiwan, and the Philippines.

The “school-within-a-college” model has been successful at top schools at the national and international level. Cornell University’s hospitality school recombined with two business programs in 2016, and since then school administrators have reported great success in hiring new faculty due to the appeal of a larger school, improved career services and more course offerings for students. Cornell also received a large gift to rename the recombined college SC Johnson College of Business. The University of Queensland also merged its tourism and business schools.

“UH Mānoa created the first tourism management program in the Asia-Pacific and at our peak we were among the top-three programs in the world,” David Lassner, University of Hawaii president, said. “We still have a strong, historic brand, and this merger provides a direct path to restoring our TIM School as a global leader and a core partner of our local hospitality community.”

Since 1963, the TIM School has graduated more than 4,000 students and provided executive training and professional education programs to more than 3,000 participants.

There are no plans to move the TIM School from its current location. However, private funding will be raised to upgrade its facilities as part of a major fundraising plan by Shidler College.

Since 2006, Shidler has donated $228 million in cash and real estate ground leases to Shidler College. His most recent gift of $117 million in October 2017 included the donation of land underlying 11 significant office buildings in the commercial business districts of nine mainland cities – Seattle, Denver, Chicago, Tampa, Nashville, Louisville, Mount Vernon, and Columbus. At the end of the ground lease terms, Shidler College will ultimately have full ownership of the office buildings and land, which will be worth an estimated $5.1 billion. In total, Jay Shidler’s gift of land and commercial buildings will yield a minimum of $7.2 billion during the life of the current lease.