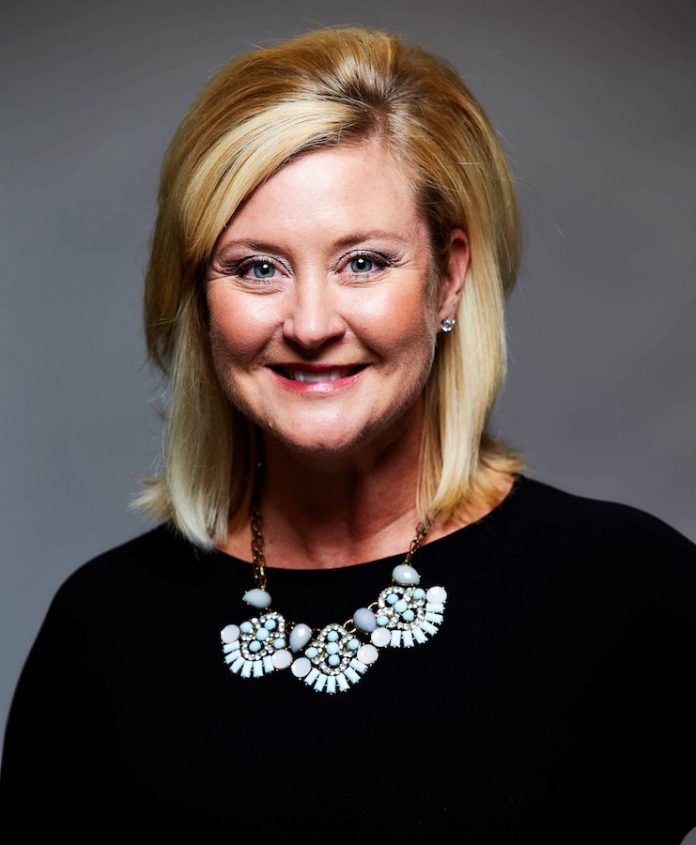 In her role today, Vail Ross, STR’s senior vice president of global business development and marketing, is responsible for the coordination, functional management, and leadership of the sales and marketing strategies and activities for STR’s entire family of companies. Yet, as the familiar story goes, she was once on another path entirely—even considering law school—when a job with the Tennessee Hotel and Lodging Association turned her off to her plan to become a lobbyist and on to the world of travel and tourism. It was there, she told LODGING, where she also learned firsthand about how women can help women succeed in the hospitality industry, such as is the focus of AHLA’s ForWard, an upcoming event taking place from May 29-30 at the InterContinental Chicago Magnificent Mile.

“I thought I wanted to be a lobbyist, but while working with lobbyists alongside Pam Inman, who was CEO of the Tennessee Hotel and Lodging Association while I was their director of member services, I changed my mind. I saw what the hospitality industry brings to its community—not only the local community but its national and international community. I was fascinated with all its facets—everything from hotels to convention and visitors’ bureaus to chambers of commerce to restaurants and attractions—how it brings people together and how it also drives and enhances the infrastructure within the community.”

Ross calls Erma Choate, a former CEO of the Tennessee Hotel and Lodging Association who hired her for the job, her first female mentor. “Probably from my ‘gift of the gab,’ she saw I was the right type, a people person, and said, ‘I’ll teach you the rest.’ I also formed a strong relationship with Pam Inman, who followed Erma as CEO, and I stayed close to Pam even after I made the mistake—for me—of taking a job in advertising when I saw no way to advance after five years at the hotel association. She was the one to recommend me for a director of sales position at STR, where I’ve been since 2003.”

Working with AHLA, she says, had been part of her job at the Tennessee Hotel and Lodging Association, but Ross says, it was just “the luck of the draw” that led to her involvement with its Women in Lodging Council (WIL) through STR in 2006. “At that first board meeting, I was amazed to just be at the table with all these successful women at all different career phases and growth paths within their respective jobs.”

Although she admits she was initially overwhelmed, Ross wasted no time making friends and getting involved. “WIL expanded my network of women to help me navigate different career paths and career challenges. It’s a great group of women and very inspiring.”

Ross is a past chair of WIL, and will be facilitating a breakout session at AHLA’s upcoming ForWard event with Erica Hageman, executive vice president and general counsel at Interstate Hotels & Resorts. “It will be an idea exchange whose purpose is to get women to just roll up their sleeves and talk about some challenges, disruptors that they’re facing—be it personal, within their staff, or within their careers—and share ideas. We want to see if there are some things that are working that other women can apply. We felt it was a great opportunity to start the conversation, document it, and try to find some resources.”

Ross sees ForWard as an opportunity to elevate and empower women to expand inclusion. “Diversity is our industry’s greatest asset, and it’s one that we completely embrace. I don’t know many industries that do that.” That industry diversity is evident at ForWard, Ross says. “You don’t need to be a hotelier or hospitality executive to really get engaged and to learn; and unlike many other conferences, ForWard is intimate. You have an opportunity to sit next to entry-level and middle management women as well as those from the C-suite level and senior management—all offering different viewpoints,” she explains, adding, “We also have men, who are able to share their perspective.”

Ross also points out the value of another byproduct of the collaboration and communication that defines ForWard—fun. “I think when you have fun with people, you make a connection that lingers and carries on when you leave. That’s important, too.”