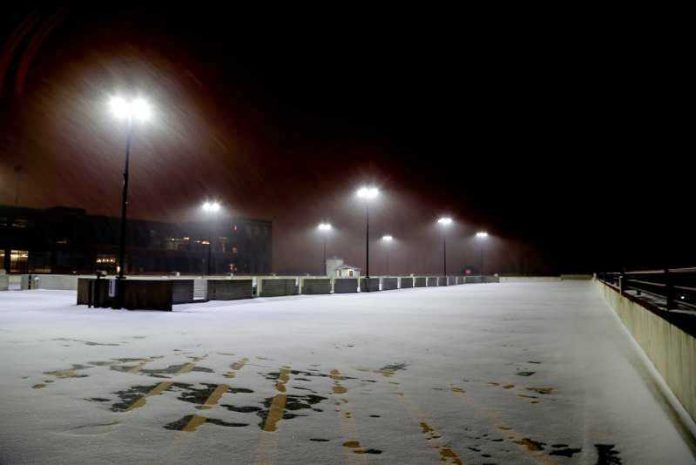 St. Louis — Chemical de-icers and snowplows are commonly used in winter to eliminate hazardous ice and snow from parking decks and structures. While de-icers are doing their job melting away snow and ice, some may actually be corroding the parking structure’s concrete and reinforcing steel, and some snow removal techniques may actually be doing more damage than good. Western Specialty Contractors, experts in parking garage restoration and maintenance, recently offered several tips to minimize unnecessary damage to parking structures during the winter months and keep drivers safe.

Clearly mark expansion joints in a way that will be visible to the equipment operator when the deck is covered with snow. Establish a snow removal pattern so that the plow blade approaches expansion joints, control joints, and tee-to-tee joints of parking structures at an angle no greater than 75 degrees.

Equip snowplow blades and bucket loaders with shoes or rubber guards that prevent direct contact with the deck surface.

Do not pile snow on the deck surface. Piles of snow can exceed the rated load capacity and cause cracking in the concrete deck surface of parking structures.

Use of de-icing chemicals, in general, is not recommended. The safest way to remove ice and snow is to use a plow. Sand can also be used to increase tire traction on the deck, but be sure to protect the drainage system when washing down the deck after its use.

5Use the Right De-Icing Chemicals

Using chemical de-icers to control ice and snow buildup is common. However, these chemicals can have a negative effect on concrete and reinforcing steel and should be used sparingly on parking structures. There are several different types of de-icers on the market that can be used, however, only those approved by the American Concrete Institute are recommended.

Calcium magnesium acetate (CMA) has effects similar to salt, but it requires more time to melt ice. It has no adverse effects on concrete or steel reinforcement. If a de-icer is required, a CMA is recommended. The following are not recommended:

How Hotels Can Turn Parking Into an Alternate Revenue Stream

Spring Is the Best Time To Clean and Survey Building Facades