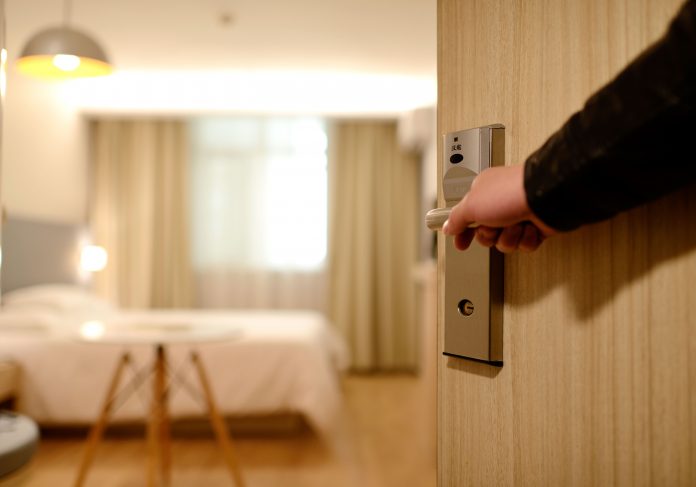 The State of the Industry

Right away, the panelists noted that while the hotel industry continues to do well, the industry isn’t as solid as it was. “It’s splotchy right now,” Van said. “I think there are still some opportunities, there are also areas of concern.”

Russo said that her outlook isn’t optimistic, and that industry has seen quite a bit of deceleration over the past couple of years. “I think we got a little shot in the arm with the tax reform last year that made people forget about deceleration,” she noted. “But if you look at the first quarter of 2019, a lot of the top 25 markets have started to experience both occupancy and rate decline.”

Part of this decline can be attributed to a slowing of group business, but also the fact that the leisure travelers aren’t booking as far in advance. Anderson explained, “The leisure traveler has really shrunk the booking window, and I think that’s really going to panic us because even though leisure is strong, the leisure customer doesn’t really have incentive to go to markets early to get availability and rates.”

Corcoran agreed with Russo that some of the data was concerning, but was sure to mention that there are still opportunities out there. “I think that a lot of people are still buying,” he said. “I’ve also always said that part of how you get through the unknowns in life is how you set up your capital structure. If you over-leverage and you don’t keep your hotel up properly and you upset your customers, you’re not going to survive when things tip off.”

While many of the panelists agreed that a downturn may be coming, they also believed it won’t be catastrophic like it was with the cycles that ended in 2001 and 2007-2008. “9/11 in 2001 and the banking and mortgage crisis of 2007-2008 both had an enormous effect on the hotel industry,” Corcoran said. “I think there will be some softening of the industry in 2020, but we would need to have a big crisis to have those double-digit dips in in RevPAR. So, assuming we don’t have an external event, then we might be down 1, 2, or 3 percent next year, and that won’t be the end of the world for most people. It’s the double-digit declines that are so devastating. That’s what upsets the apple cart. I don’t see that in the cards at all.”

The roundtable participants agreed that finding the right balance between technology, labor, and guest experience is key to hotels’ ongoing success through the end of the cycle and into the next.

Per Oswald, gathering more data and using it more effectively is essential for delivering a high-touch experience. “We need to capture more of the whole travel booking process to deliver the type of experience guests are looking for efficiently,” he said. “Expedia knows what time your flight is, therefore they know what time you’re going to arrive and what time you’re going to depart.” He also speculated that hotel company apps might start evolving into a more general travel app to earn more guest loyalty. “It would not only improve the guest experience, because you’d know all of their travel details, but it would also make the hotel more efficient. You could assign rooms more efficiently and staff better—taking it to the next level.”

Butt agreed, noting that competition for the customer has gone through the roof with the industry’s jump in supply. “If you irritate a customer, they’re gone, because they’ve got so many choices. If there’s compression in the market and they don’t have a choice, they’re going to complain about it, but they’re going to pay and stick around. But if there’s more supply, more options, they’ll say, ‘I’ll go stay somewhere else!’”

Further, Kressety added that service matters more than ever because consumers are becoming brand-agnostic. “If a guest is choosing between a Hyatt Place and Courtyard and one of them has better service, they’ll sacrifice the points because they don’t earn that many points in that type of hotel anyway. Service continues to be the differentiator. Decreasing friction for the guest should be a priority, because that guest is going to go back to the hotel where they remember how the staff made them feel—not what they said. And if that hotel is $20 more a night, that’s fine. They’ll pay the extra $20 for that service.”

He also said that Forbes Travel Guide has done several white papers and case studies that show there is a direct correlation between guest service and RevPAR. “We’re finding now more than ever that the actual guest experience is helping them to drive rates and repeat ratio.”

Part of providing that frictionless service that Kressety mentioned is accomplished through technology, but again, the panelists agreed that making sure the technology works the way it’s supposed to is essential.

“Outside of the luxury segment, guest satisfaction goes up the less interaction a hotel’s staff has with the customer,” Russo said.

But, that technology has to work. Oswald described a situation at one of his company’s hotels where they rolled out mobile keys, and for a period of time, the hotel had to actually increase its staffing and retrain its team members on how to deal with technology errors to ensure the guest experience remained positive. “Eventually, once everything was ironed out, they were able to decrease the staffing levels, but the hotel also had to plan for those increased upfront labor costs.”

There were also discussions surrounding how to better use existing technology, as well as how to best make that technology work for a particular hotelier. Peterson described a conversation he had with an executive from an economy hotel brand about social media. “Everybody wants to talk about social media and pricing power—more stars equal more pricing power, which I generally agree with. But his approach was, ‘I’m just trying to get people to purchase my brand.’ His social media strategy was all about occupancy, helping potential guests making a sound, informed decision into this product type at the lower end of the market. So in that regard, it’s that quality of experience at that product level that was having an impact for his brand.”

Increased labor costs were also a hot topic of conversation at the roundtable, with the panelists acknowledging that labor is now one of the most challenging hurdles in the industry. There were lots of suggestions, though, regarding how to drive those costs down, from training initiatives to the importance of a good company culture.

Van explained that Prism Hotels & Resorts recently did an audit of the company’s health insurance. The numbers showed that unlike the industry at large, the cost of Prism’s insurance did not increase over the past three years—in fact, it remained steady in 2016 and 2017, and in 2018, it actually decreased. “I think this is tied to our employee satisfaction. Industry-wide, employee satisfaction sits around 73 percent. We’re at 95 percent. I believe that happy and engaged employees just don’t get sick as much, and we want to study this more.”

Employee turnover also has a huge impact on labor costs, and Russo added that content employees are less likely to leave.

But it’s not just the cost of labor, it’s also the dearth of skilled hospitality workers. There was discussion of on-demand labor via apps as a means to fill those gaps, though Corcoran noted that finding labor this could potentially lead to underqualified people filling much-needed rolls. “In the hotel industry, it’s all about certification. Workers need to be trained on the right systems and processes and can’t just jump in. There has to be a process for certifying these employees,” he said.

Perhaps the biggest takeaway from this roundtable was that hoteliers cannot continue to do what they’ve always done. They must look for new ways to innovate and be vigilant about eliminating elements that no longer serve a purpose. Russo described a hotel that was wasting over $1 million a year to provide turndown service in rooms where guests hadn’t even checked in yet. Further, many guests would decline turndown if they were already in the room. “You start looking at what do guests want versus what they don’t. There’s a lot of room to manage costs and we can spend a little bit more where guests want it and take it away from where they don’t really value it,” she said.