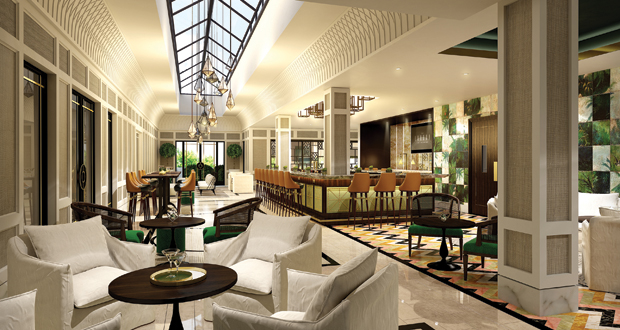 There’s an infamous story behind the highest floor of The London West Hollywood at Beverly Hills, which was originally built as a Le Bel Age back in 1984—before West Hollywood was even a city. At that time, the county accused developer Severyn Ashkenazy of exceeding the height limit and therefore prohibited the use of that illegally built ninth floor, which, as a result, was used only for storage.

General manager Jeff Kulek says that has changed since his company purchased the property in 2013 and, as he described to LODGING, they set about “taking something wonderful and making it even more wonderful than it was before.” 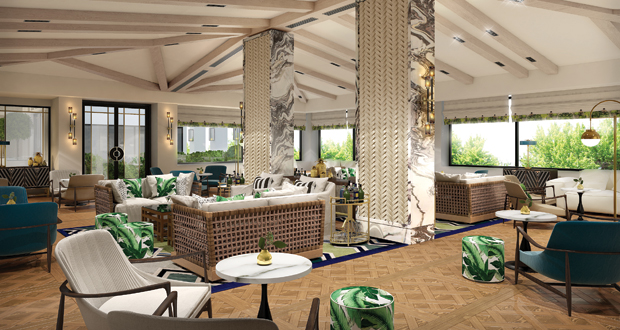 Kulek says that as a result of a “grand partnership” with Vivienne Westwood out of London, all completed aspects of the renovation—which is still in progress—have been a “phenomenal success” with the international community it was intended to attract. “That initial renovation was huge. Additionally, David Collins, the original designer of the hotel, was especially involved in the rooms renovation, as well as the addition of 21 new luxury suites. This included the ninth floor, which had been empty for 30 years. There, we added 16 completely new 750-square-foot suites with private dressing areas, oversized work desks, and spacious luxury bathrooms with soaking tubs and dual shower heads.”

Kulek says the property aims to feed, amuse, and otherwise accommodate guests of all ages and predilections. “Our lobby has all kinds of seating, with places to plug in electronics to work or have a conversation—including little booths, where even celebrities can meet privately with agents or friends.”

The restaurant, he says, is enormous, but segmented into smaller spaces. One segment, The Sitting Room, is comfortable and cozy with living room furniture and outlets for electronics for work or gaming. At most times of the day, they serve casual fare like grilled cheese  and tomato soup, but between 2 and 4, it’s the setting for traditional English high tea. The back dining room, which is available for events, is multi-purpose. “It has a central area that can be used as a bar or a dance floor, and then there’s a space where you can either have a private meeting or you can have a wedding or social event.” 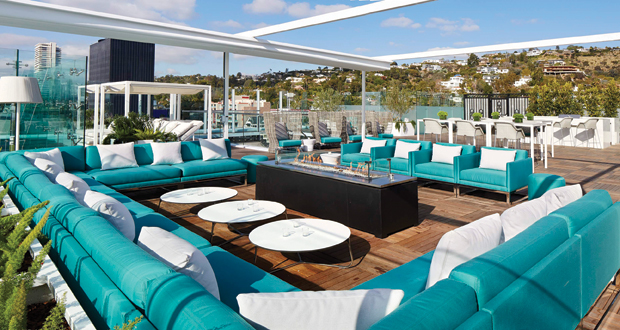 Then, too, are what he calls special events or outings, he says, describing one with a decidedly British twist: “The latest one was Paddington 2, a huge British tea with 150 kids with Hugh Grant in our newly renovated Boxwood restaurant.”

Finally, this being Hollywood after all, is the screening room, which, Kulek says, was a repurposed art studio. “It has 112 seats, the latest in Dolby technology, and satellite-broadcasting capability. We wired the entire second floor as well as the screening room, so studios can just plug their equipment into the wall versus running cables down hallways.”

Kulek says to stay tuned for more renovations to come, including enhancements to the rooftop pool area and ballroom.

His advice to others contemplating renovation is this. “You have to really look at your product and make reasonable decisions about what needs to be renovated. I believe we have really upped our game and are fully loaded for a phenomenal new year at the hotel, and it’s pretty exciting for us.”

Development LODGING Staff - October 27, 2020
PORTSMOUTH, N.H. — Lodging Econometrics (LE) reported that at the close of Q3 2020, Dallas had the largest hotel construction pipeline in the United...

Data Nathan W. Hill and Jonathan K. Osborne - October 27, 2020
Hoteliers beware: As the hospitality industry responds to the challenges of the coronavirus pandemic, efforts to ensure guest and employee safety through automation and...