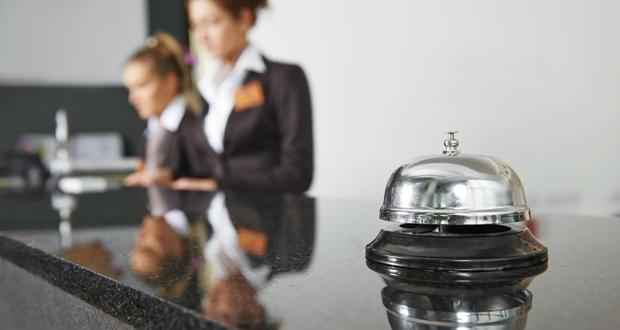 Lopa and Gong surveyed 297 students across four of the top hospitality programs in the United States who completed a summer internship and found that the majority of respondents did not experience various forms of sexual harassment or abuse during their internship. Of those students, 105 interned at a hotel. Reports of harassment for students who interned at hotels were on par with those who interned in the foodservice industry.

However, the research found that students who interned at hotels reported experiencing certain forms of harassment more than others. For example, 24.8 percent of hotel student interns reported experiencing a situation where someone “made unwelcome attempts to draw you into a discussion of sexual matters” compared to 1.9 percent of students who reported a situation in which someone “implied better treatment if you were sexually cooperative.”

The study’s authors also found no significant difference between male (24.2 percent) and female (27.8 percent) students who experienced “sometimes” being “treated ‘differently’ because of their sex.”

The study’s authors say that this lack of training exposes the hospitality program and the employer to a violation of students’ Title IX rights, which protect students both on- and off-campus while at occupational training and other educational programs and activities. If a student experiences sexual harassment during an internship and is not comfortable enough to report it to an immediate supervisor or anyone else, the studies authors note that the student can contact their internship coordinator. The internship coordinator is designated under the Office of Civil Rights guidelines as a “mandatory reporter” who is required to refer the complaint to the University office that handles Title IX compliance. Once the complaint is filed, a representative of the University must then contact the business that is providing the internship to investigate the claim on behalf of the student. The authors say that employers should also know that if multiple sexual harassment complaints are made by student interns, that employer will be prohibited from recruiting interns by the University in the future.

“The bottom line of these findings is that if you extrapolate the number of students who experienced sexual harassment in our study, to various degrees, and multiply that times the thousands of students that are required to do hotel internships each year it is clear that students’ Title IX rights are being violated,” Lopa and Gong write. “Such being the case, employers must take the time to have a sexual harassment policy in place for student interns, provide them the necessary training, inform them of the procedure to have them safely report harassment to a supervisor (or someone in HR), and consequences for those who harass students. Otherwise, they are subject to a Title IX violation investigation by the University/College the student is attending.”

The authors add that hospitality programs should also know that they are required by the Office of Civil Rights to develop and implement procedures regarding sexual harassment of students during educational programs that are not operated wholly by the school, as in the case of internships, and to refrain from cooperating with outside organizations known to discriminate. “Hospitality programs need to put policies and procedures in place to safeguard student interns and train them how to handle sexual harassment if it is encountered during their internship of face the consequences for violating their Title IX rights,” Lopa and Gong conclude.