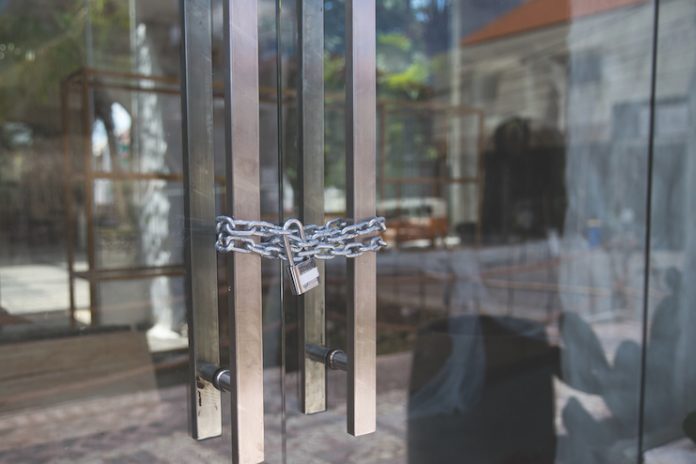 The vultures are circling. It’s no secret that the financial crisis precipitated by the continuing global pandemic has hit the hospitality industry especially hard, leaving many properties shuttered or on the verge of being so, and workers and owners alike scrambling for firmer footing elsewhere. Yet, as the saying goes, “One man’s loss is another man’s gain.” Increasingly, this applies to transactions involving distressed properties, maintains attorney David Reina, a partner in Morris, Manning & Martin LLP’s Hospitality Practice, where, he says, he has “one foot in multi-family and the other in hospitality.” As he explains to LODGING, “Hotels worldwide have been hemorrhaging money due to low occupancy rates during the pandemic, which has turned out to be far worse than the ‘short-term catastrophe’ hoteliers were prepared to weather.” This, he says, has created an opportunity for real estate companies to buy the properties of frantic hotel owners at a discount, often to convert them to a more stable multi-family asset class.

Reina says converting hotels to another kind of multifamily asset class—e.g., affordable housing or market-rate housing—is nothing new, but the number of opportunities is usually limited. “In the past, they existed within a market that had a pretty robust hotel industry, so opportunities were few and far between.” That began to change, he says, with the arrival of COVID-19, which drove down occupancy and depressed prices. Yet, he continues, most saw it as a storm that would pass. “When COVID first hit in March and into April, the loss of revenue at the hotels was catastrophic, but it was widely expected it would be short-term catastrophic, in which case you could keep your business plan in place, perhaps negotiating arrangements with your current lender for a month or two, after which everything would be fine.” Yet, when that two-month problem stretched beyond nine months, he says, many owners felt pressured to sell. For them, the relief expected by the vaccine would just not come soon enough.

Real estate attorney David Reina says deciding whether a hotel should be converted to affordable versus market-rate housing—that is, rental based on what the market will bear—is something investors must consider. According to him, “There is an argument to be made that it’s easier to convert hotels into affordable housing than to market rate, where the government is not telling the landlords how much they can charge for rent or who they can rent to,” but says most deals he’s handled recently have been for market-rate properties. However, he adds, balanced against affordable housing restrictions on rent and makeup of its rental population—e.g., 80 percent area median income (AMI)—are positives such as tax incentives and ease of and cost of conversion from hotels. “Affordable housing is definitely cheaper to build in general, with lower square footage per unit and fewer amenities and aesthetic considerations; they are also usually easier to convert from hotels.”

Reina says there are in fact buyers with the financial resources and time to wait out the industry’s recovery who plan to retain the properties as hotels. “Some have substantial reserves of cash and know that they can buy at a discount right now, absorb 18 months of losses or under-performance, and when everything gets back to normal, enjoy a profitable enterprise.” However, he says, between the quality of the properties available now and the uncertainty of the future of hospitality, there are good reasons those motivated to buy at this particular time are far more likely to be thinking in terms of “flipping them into something with greater demand.”

“Hotels worldwide have been hemorrhaging money due to low occupancy rates during the pandemic, which has turned out to be far worse than the ‘short-term catastrophe’ hoteliers were prepared to weather.”

Reina describes the kind of hotels that were typically slated for conversion in the past as older hotels in decline, while the larger pool of properties available now are generally in better condition. Other advantages, he says, boil down to cost savings and a larger pool of prospective buyers. “It’s cheaper and faster to convert an existing structure like a hotel into a multifamily project than building from the ground up, which involves a different skill set.” This, he says, means developers can offer a multifamily product in six to 12 months instead of 18 to 24 months. He adds that such advantages also make conversions attractive to an expanded market of investors, including a larger variety of private equity firms.

Reina says the timing may also be optimal for hotel owners who—for whatever reason—wish to extricate themselves from cumbersome franchise agreements. “There seems to be willingness on the part of the brands, particularly for some sub-brands that they’re not fully supporting anymore, to allow a termination of a flag several years earlier than it would typically expire, enabling them to sell the property unencumbered to a conversion buyer,” says Reina.

A Matter of Different Demand

Reina himself does not subscribe to the belief that the entire hotel market was necessarily oversaturated prior to the pandemic, maintaining that the proliferation of new properties—especially top-tier introductions such as lifestyle and independent hotels—was based on legitimate demand at the time. Yet, he says, some segments that were in fact oversaturated then are likely to remain so, even if a significant number are sold for conversion. “Certainly, the level of saturation was one of the conditions that is contributing to a ripe conversion market, but I don’t know that there will be enough conversions to un-saturate that market; so, while COVID might be the natural instigator of that unsaturation trend, I don’t think conversions necessarily are going to be a big part of that,” he concludes.

As Reina sees it, in light of the unpredictability of the hospitality market for the foreseeable future, other types of multifamily housing may well be a surer bet when local market conditions and zoning requirements support that type of development.