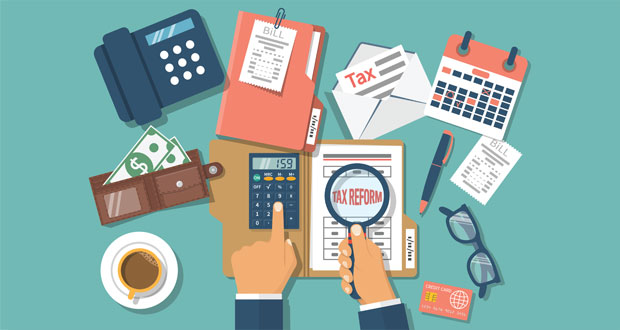 I speak often about the importance of tax reform because the key to opening the door to the American Dream lies in free market expansion. Allowing people to keep more of the money they earn encourages entrepreneurship, risk taking, and investment. When the Tax Cuts and Jobs Act (TCJA) became law late last year, hoteliers, small business owners, and taxpayers rejoiced at the first major overhaul of the tax system in nearly three decades.

For hoteliers, tax reform meant that they could invest more of their money in higher wages, new jobs, property improvements, and more development. It provided a shot in the arm to an already surging economy, giving taxpayers more disposable income, and allowing many entrepreneurs access to capital that would allow them to continue growing their businesses. Sound too good to be true? Well, there is one catch—many of the pro-growth policies enacted in the TCJA expire in 2025. That’s why so many hoteliers are advocating for Tax Reform 2.0.

The growth we continue to see under the TCJA is evident across multiple sectors of our economy. One of the first indicators people look to for the nation’s economic health is the unemployment rate, and right now it sits at 3.9 percent, one of the lowest rates in years. The average monthly job growth jumped to 215,000 from 182,000 in 2017. Lower unemployment means there is more competition for workers, so we’re also seeing the fastest wage growth since 2009. The Department of Labor’s employment-cost index rose 2.8 percent over the past year through June, although a slight pickup in inflation does eat into some of these gains. That said, in June alone, the median base pay for workers climbed by 1.6 percent, and the U.S. economy grew at 4.1 percent in the second quarter, its fastest pace in nearly four years.

This is the kind of economic boom that entrepreneurs have dreamed about ever since the Great Recession, and hoteliers are taking advantage of the benefits of the TCJA that are spurring it. The 20 percent deduction for pass-throughs, the elimination of the Alternative Minimum Tax, the preservation of 1031 exchanges for business assets, and new tax brackets all mean that hoteliers are free to put more of their money back into their businesses and back into the economy. While these provisions of the TCJA are invigorating the economy, some of them are temporary, and the consequences of letting them expire in 2025 could bring about a hasty and entirely preventable end to the era of good growth. Sustained economic growth is never guaranteed, but our lawmakers can help businesses avoid this potential pitfall and keep prospects for growth alive.

Tax Reform 2.0, a package of tax policy designed to build on the TCJA, would help stave off the economic uncertainty that higher taxes would bring by making the tax cuts permanent. House Ways and Means Committee Chairman Kevin Brady introduced the package because many in Congress realize the negative implications that tax hikes have on business development and small business owners’ ability to invest and grow their companies. A predictable and simple tax code will boost entrepreneurs’ confidence when planning for their businesses’ futures. The Tax Foundation’s Taxes and Growth model suggests that making the tax rate and deduction changes permanent could boost long-run GDP by 2.2 percent, create 1.5 million additional jobs, and increase wages by 0.9 percent. Making the provisions permanent would, on average, increase after-tax incomes by 1.6 percent.

Although America’s entrepreneurs see this new tax reform package as necessary for the long-term economic health of the nation, some in the Senate met the bill with hesitation. To help make sure our lawmakers understand the importance of this reform, it is vital that people call, write, and engage with their representatives and tell them to pass this package. Earlier this year, hoteliers from across the nation visited their lawmakers in Washington to let them know how the tax cuts benefited their businesses, their workers, and their communities. When the people uniquely positioned to understand the effects of economic policy in the real world can explain to their elected officials face to face what helps or hurts business and job creation, it is the most effective means of advocacy. As we head into the election season and face the prospect of a new Congress that may not necessarily prioritize the needs of small business owners, we must encourage lawmakers to pass Tax Reform 2.0 and keep the era of good growth going.

About the Author
Chip Rogers is the CEO of the Asian American Hotel Owners Association (AAHOA).

Conferences and Events LODGING Staff - May 12, 2021
Global experts have confirmed their participation at the Boutique Hotel Investment Conference on June 2 and 3, 2021, produced by BLLA (Boutique Lifestyle Leaders...

U.S. Travel is Expected to Rebound for Memorial Day Weekend

Industry News LODGING Staff - May 12, 2021
ORLANDO, Florida — AAA Travel expects a significant rebound in the number of U.S. travelers planning a trip for Memorial Day weekend. From May...