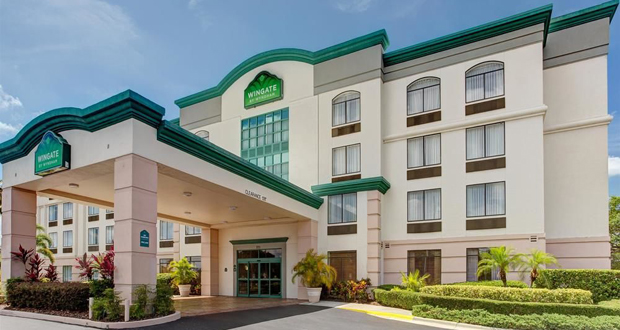 PARSIPPANY, N.J.—Wyndham Hotels & Resorts is growing its network of midscale hotels and extending the global footprint of its Wingate by Wyndham brand with the opening of 14 locations across both hemispheres, including the first Wingate hotel in China and new additions to the brand’s established presence in the United States and Canada.

The introduction of Wingate’s first hotel in China, plus additions across the United States and British Columbia, Canada, brings the expanding brand’s global presence to nearly 170 hotels. As of June 30, 2018, Wingate’s global pipeline consisted of 74 hotels, nearly 60 percent of which were new construction.

“The global middle class, which is growing steadily at an estimated rate of 160 million people each year, continues to travel more and seek out great experiences and value,” said Tom Barber, chief development and strategy officer, Wyndham Hotels & Resorts. “Expanding Wingate in high-demand markets around the world exposes the brand to new circles of travelers, and doing so with established hotel developers sharing our passion for delivering consistent, guest-centric experiences will help propel continued growth and success.”

Driving Wingate’s latest growth spurt in the United States is a newly signed franchise agreement with State Bank of Texas for 10 hotels across the Midwest and Northeast; the addition of an 80-room hotel in Moses Lake, Wash.; and the opening of the newly constructed, 123-room Wingate by Wyndham Nashville Airport, the brand’s first location in Nashville, which is consistently named as one of the country’s top places to visit.

The hotel reflects the brand’s design-driven prototype, created to meet travelers’ needs without skimping on services and amenities while also lowering development costs and capturing greater efficiencies for hotel owners. The Nashville hotel is the first of four Wingate properties owned by Corinthian Development Company to open in the United States, with locations under construction and set to open in the next year in Seattle, Wash.; San Jose, Cali.; and Denver, Colo. The brand plans to add a newly built location in Long Island City, N.Y., in 2019.

“Regardless of their reason for staying with us, Wingate’s top priority is delivering best-in-class service to each guest who walks through our doors and each hotel owner who raises the brand’s flag,” said Larry Hambro, vice president of operations, Wingate by Wyndham. “Satisfaction scores ranking it high above the competition year after year combined with consistent high performance and an efficient, modern prototype design, are driving forces behind Wingate’s current expansion momentum in North America.”