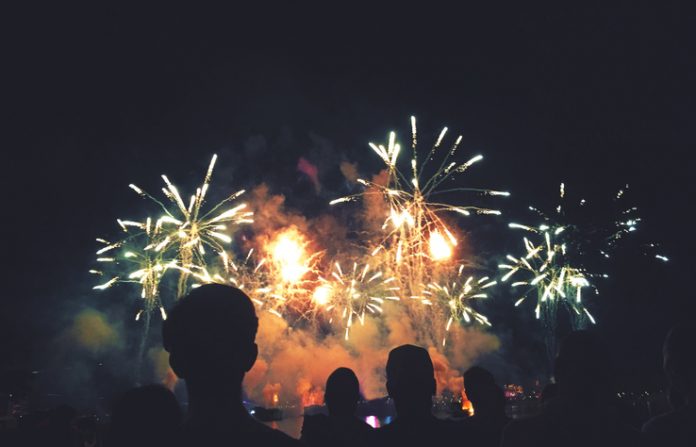 ORLANDO—More than 47.7 million U.S. travelers will take to the nation’s roadways and skies this Independence Day Weekend (July 1–5), as travel volumes are expected to nearly fully recover to pre-pandemic levels. In fact, this will be the second-highest Independence Day travel volume on record, trailing only 2019. Overall, just 2.5 percent fewer U.S. adults are expected to travel this year compared to Independence Day in 2019. This represents an increase of nearly 40 percent compared to last year, when total travel fell to 34.2 million.

While all modes of travel will see increased demand this Independence Day Weekend, road trips continue to dominate this summer. Despite the highest gas prices in seven years, more than 91 percent of holiday travel will be by car. An expected 43.6 million U.S. adults will drive to their destinations, the highest on record for this holiday and 5 percent more than the previous record set in 2019. With 3.5 million people planning to fly, air travel volumes this Independence Day Weekend will reach 90 percent of pre-pandemic levels, and increase 164 percent compared to last year.

“Travel is in full swing this summer, as Americans eagerly pursue travel opportunities they’ve deferred for the last year-and-a-half,” said Paula Twidale, senior vice president, AAA Travel. “We saw strong demand for travel around Memorial Day and the kick-off of summer, and all indications now point to a busy Independence Day to follow.”

Another 620,000 U.S. adults are expected to travel by other modes this Independence Day Weekend, an increase of over 72 percent compared to last year, but 83 percent lower than in 2019. This includes travel by bus and train and also the return of cruising. Cruise lines have announced limited sailings resuming from U.S. ports beginning in late June.

To meet the needs of today’s travelers, AAA is enhancing its diamond inspections. Hotels that meet AAA’s standards for cleanliness, condition, and new surface cleanliness testing will now be recognized as inspected clean and then assigned a diamond designation. AAA inspectors will start conducting testing to identify inspected clean properties later this month.

INRIX, in collaboration with AAA, predicts drivers will experience the worst congestion heading into the holiday weekend as commuters leave work early and mix with holiday travelers, along with the return trip on Monday mid-day. Major metro areas across the United States could see nearly double the delays verses typical drive times, with drivers in Boston and San Francisco likely to experience nearly three-times the delays.

“With travelers eager to hit the road this summer, we’re expecting nationwide traffic volumes to increase about 15 percent over normal this holiday weekend. Drivers around major metro areas must be prepared for significantly more delay,” says Bob Pishue, transportation analyst, INRIX. “Knowing when and where congestion will build can help drivers avoid the stress of sitting in traffic. Our advice is to avoid traveling on Thursday and Friday afternoon, along with Monday mid-day.”

Daily car rental rates have increased 86 percent compared to last Independence Day, topping out at $166. Consumers have experienced high costs and limited availability of rental cars in some markets, due to the chip shortage impacting auto manufacturers. This production delay has presented a domino effect as rental car companies work to increase their inventory of new vehicles in time to meet the increased demand for domestic road travel.

The 43.6 million U.S. adults expected to travel by car this Independence Day can expect gas prices to be the most expensive since 2014 with the national average likely to remain above $3 per gallon.

Although the CDC advises that fully vaccinated people can travel domestically at low risk to themselves, it’s important to keep in mind that some local and state travel restrictions may still remain in place.

For travelers who are not vaccinated but choose to travel, CDC recommends that practicing social distancing, wearing a mask, washing hands, and getting tested for COVID-19 before and after travel.

Regardless of vaccination status, masks are required on planes, buses, trains, and other forms of public transportation traveling into, within, or out of the United States and in U.S. transportation hubs such as airports and stations.