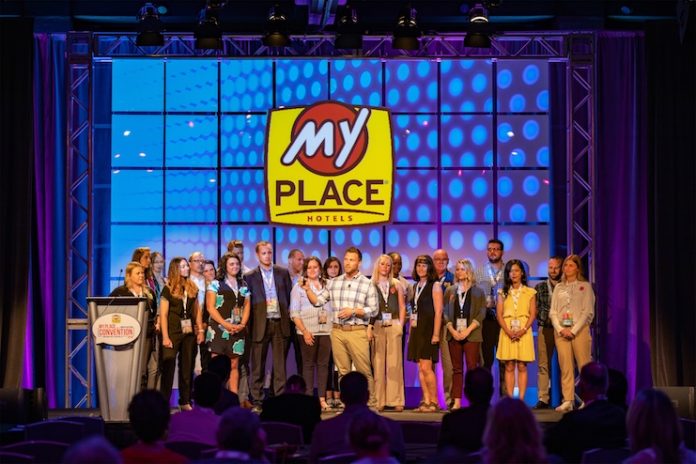 SAN DIEGO—The 2019 My Place Hotels Convention, which took place from April 23-25 at The Hard Rock Hotel in San Diego, saw record attendance of several hundred current and prospective owners, operators, and partners. With “Making Waves” as the convention’s central theme, breakout sessions focused on impactful initiatives while general sessions gave insight into the brand’s direction and role in a rapidly changing environment.

The brand plans to open 60 hotels by year end and has a pipeline of 120 hotels. My Place Hotels President and CEO Ryan Rivett rolled back the curtain on the brand’s biggest development during the final hour of general session on Thursday, April 25. Now, with 7,000 pre-registered members, My Place is prepared to launch a new loyalty program, Stay Rewarded, at every hotel on June 3, 2019.

Attendees also received insight to the program’s development process from My Place Director of Brand Loyalty, Irene Roberts, who picked up the brand’s research and development upon her hire in 2017. Although several veterans from the Super 8 days already knew her as the loyalty powerhouse who grew the brand’s unique loyalty program to a multi-million membership base, Roberts told a general session audience that striking the balance of value to the guest and property was the most important objective to the team.

“I believe that Stay Rewarded is a loyalty program that will balance the demands of today’s guests with the operational objectives of our hotels,” Roberts said. “As a points-based program with immediate perks, it’s sure to further our connection with loyal guests while enticing new guests to join and Stay Rewarded wherever they find us along the way.” 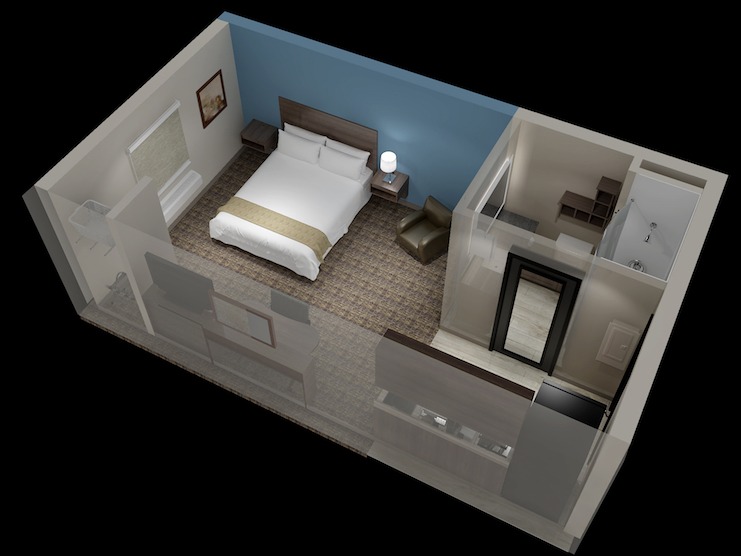 In addition, owners and operators engaged in a number of educational breakout sessions focused on immediately and positively impacting their property, guests, and team members. One such session, Maintaining a Culture of Continual Improvement, gave attendees the first look at the brand’s Gen 2 guestroom.

While balancing the product’s broadening appeal with the owner’s perspective, My Place unveiled its first prototype upgrade in 2017: The Gen 2 Lobby. Without seeing an increase in typical cost of a My Place Hotel’s brand FF&E package since the franchise launched, the brand unveiled its new Gen 2 implementation on the heels of its first. The prototype includes changes to finishes, furnishings, and paint.

“The implementation of the Gen 2 Lobby was a huge success based on the cost to the property and value to the guest. We were working under some high expectations when we returned to the drawing board with the guestroom,” said Corey Haaland, director of construction and prototype management.

“Michele White, our director of brand management, and I worked closely with Quest Hospitality Suppliers and The Richardson Design Partnership to rethink the product while every enhancement cost was explored with franchisees in mind,” Haaland said. “Improvements such as a multi-use, mobile desk, can-style lighting, and a modernized bathroom is sure to improve our great guest experience.”

Marking its fifth year since My Place began franchising in 2014, the brand expects to celebrate its 50th hotel opening this summer.

“Seeing that our focus on internal growth has paid off by allowing us to facilitate every franchisee’s need from development to operations is affirmative of our direction,” Rivett said. “With construction times as short as five to six months when we started, we knew we had created a new-build brand that could grow faster than any other. By preparing the team and multi-property developers to move as quickly as our prototype allows, I expect to pick up the opening pace just as our franchise sales team picked up the pipeline last year.”

A Milestone for My Place: One Hundred Franchises Strong, the Brand Continues to Make Both Franchisees and Guests Feel at Home

Technology LODGING Staff - December 5, 2022
PPDS reaffirmed its commitment to supporting sustainability in the AV industry with a strategy that is designed to help the hospitality industry reduce its...