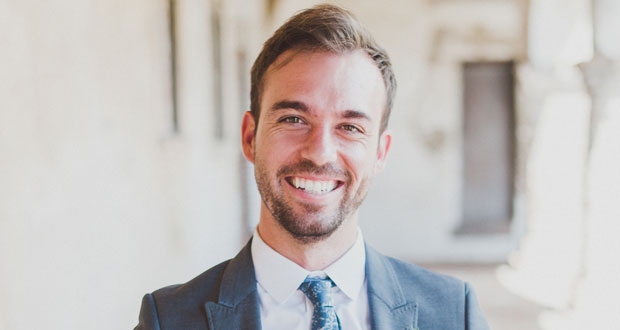 Cameron Lamming has been promoted from chief development officer to chief operating officer and president of RAR Hospitality. Before he joined RAR, Lamming worked at Brixton Capital, where he was responsible for the acquisitions group.

Here are more notable comings and goings that took place this week.

Also at RAR Hospitality, Cindy Wu-Park is now the company’s corporate director of finance. And, at a property level, Hallie Leitter is director of sales at The Lafayette Hotel, Swim Club & Bungalows, and Kim Acosta is general manager of the Rio Del Sol Inn.

Crescent Real Estate has promoted Chris Hanrattie to senior vice president, investments. He will be responsible for all of the company’s acquisitions and investments. Hanrattie first joined Cresent in 2004 and has led the acquisition of more than 1,675 keys and $500 million of investments.

Candice Cancino will supervise the Carmel Mission Inn in Carmel, Calif., as general manager. Cancino began her hospitality career in Switzerland before moving to the United States and spending 13 years with The Ritz-Carlton Company. Most recently, Cancino served as general manager of the King George Hotel in San Francisco.

Levi Seidensticker will be responsible for hotel administration and marketing efforts as general manager of the Embassy Suites by Hilton Kansas City Plaza. Seidensticker began his career at the Hilton Austin and moved throughout the company to hotels in both San Diego and Kansas City.

As hotel manager of the Kimpton Marlowe hotel in Boston, Mass., Jamie Mantegazza will manage the front office, housekeeping, valet, and guest service. Mantegazza will also manage guest and employee satisfaction, as well as operational strategies.

Kevin Thorstenson will direct marketing, sales, and hotel operations for the Hilton Norfolk THE MAIN in Norfolk, Va., as managing director. Prior to his new position, Thorstenson served as general manager of The St. Anthony Hotel and vice president of operations for the Thunder Valley Casino Resort in Lincoln, Calif.

The Holiday Inn Charlotte Center City welcomes Adrienne Schermer as regional director of business travel sales. Schermer spent 12 years in hotel sales with Marriott International and Starwood Hotels & Resorts. She also has been involved with the Children’s Miracle Network and Dress for Success.

Jackie Johnson Jr. will serve as director of facilities for the Turtle Bay Resort in Oahu, Hawaii, a Benchmark Resorts & Hotels property. Johnson previously served as chief engineer for General Growth Properties of Honolulu, where he directed the engineering staff and maintenance crews. Benchmark has also named Tyler Wilson director of finance for Stonewall Resort in Roanoke, W.V.

Submit a new hire or promotion to LODGING‘s weekly ‘On the Move’ roundup here.