“As we approach the one-year mark of the first major restrictions in the U.S., profitability is at least sitting on the positive side of the spectrum,” said Raquel Ortiz, assistant director of financial performance at STR. “Year-over-year percentages are soon going to look a lot nicer thanks to comparisons with the low months of last year, but hoteliers are not going to feel a sense of security until profitability rises to meaningful absolute levels. There has been some improvement in the top-line metrics in recent weeks, and there is optimism that will continue so long as the pandemic metrics improve, and vaccine distribution expands. In the meantime, hoteliers are adapting and displaying profit efficiencies like ‘grab and go’ F&B and less frequent room cleaning. We expect those types of efficiencies to carry over when recovery kicks into a higher gear, adding to substantial improvement in profit margins.”

“Group demand remains muted and is not likely to pick up until the latter half of the year,” Ortiz added. “Once it does come back online, it will likely be limited, thus resulting in the continuation of lower performance in F&B departments through 2021. Among the Top 25 Markets, the lowest-performing markets in TRevPAR and GOPPAR continue to be those that rely most heavily on group business, including Chicago, Los Angeles, San Diego, and New Orleans.” 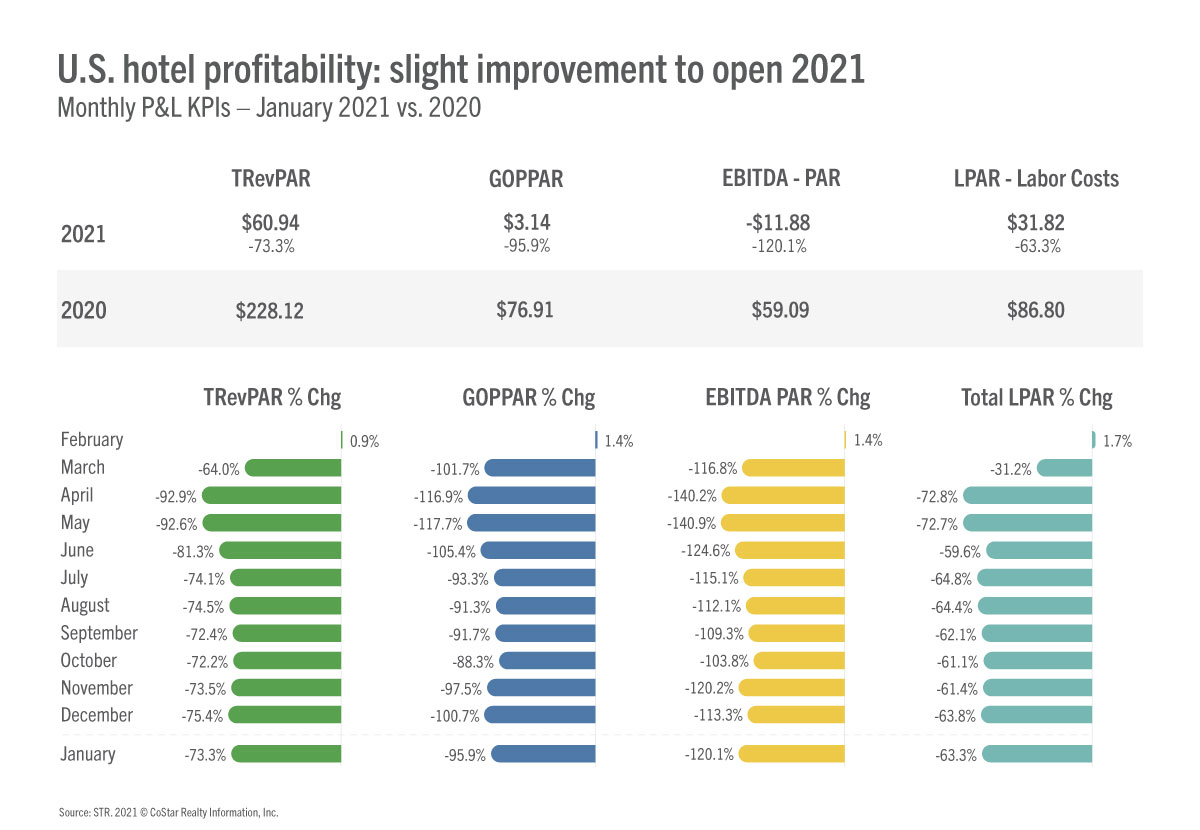 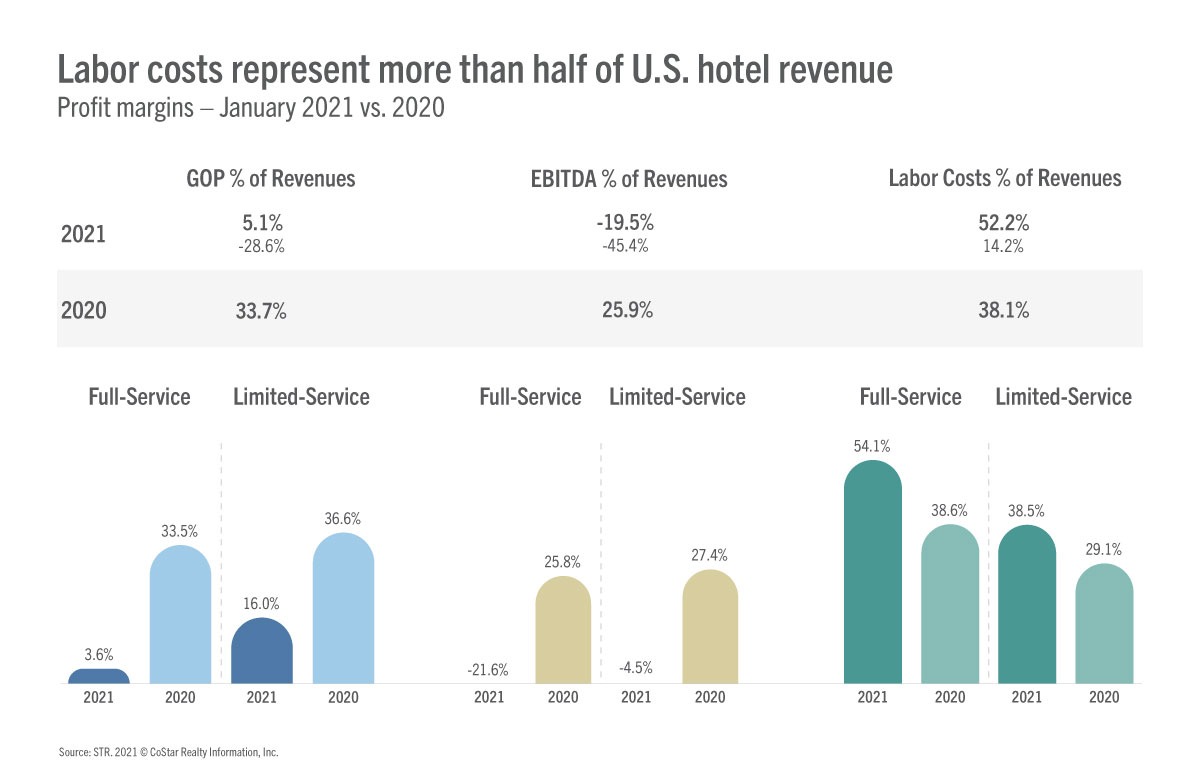