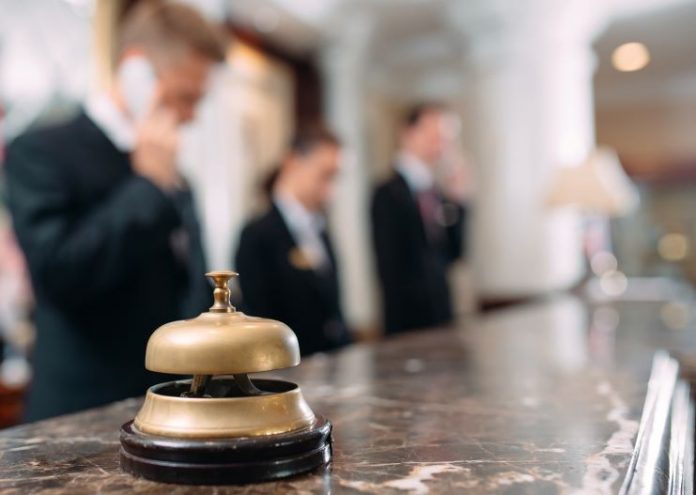 BETHESDA, Maryland—At the Americas Lodging Investment Summit (ALIS 2023) in Los Angeles, Marriott International, Inc. announced that the company’s deal signings accelerated in 2022. The company signed an average of two deals per day for a total of 726 management and franchise agreements, an increase of 21 percent over 2021 signings, representing nearly 108,000 rooms. In addition, Marriott’s City Express transaction, announced in October 2022, is expected to add around 17,000 rooms.

Conversions helped drive signings activity, contributing 20,500 rooms, or approximately 20 percent of rooms, signed during the year. Half of the 2022 rooms signed were in international markets such as India, Saudi Arabia, Mexico, and the Caribbean. The company’s global development pipeline totaled over 3,000 properties representing more than 496,000 hotel rooms at the end of the year, excluding the City Express rooms. During the year, the company added 394 properties, representing more than 65,000 rooms on a gross basis, growing the system by 4.4 percent. Including deletions of 1.3 percent, net rooms increased by 3.1 percent. Excluding the impact of the company’s exit from Russia, the deletion rate was 0.8 percent and net rooms increased by 3.6 percent. At the end of 2022, Marriott’s worldwide system consisted of nearly 8,300 properties and roughly 1.5 million rooms in 138 countries and territories.

“We were pleased with the accelerating pace of development activity in 2022 as the global recovery continued,” said Anthony Capuano, CEO, Marriott International. “The proven resilience of travel is powerful and energizing. Given the attractiveness of our portfolio of global brands, top-ranked Marriott Bonvoy loyalty program, momentum around conversions, and commitment to innovation, we are excited to continue to help lead in the growth of travel.”

With a portfolio of nearly 500 luxury hotels and resorts in 69 countries and territories, Marriott had 42 luxury hotel agreements signed last year, representing nearly 8,000 rooms. In 2022, Marriott opened a number of luxury properties around the world in locations including Madrid (The Madrid EDITION), New York City (The Ritz-Carlton New York, NoMad), Greece (W Costa Navarino), and Australia (The Tasman in Hobart, a Luxury Collection Resort).

Marriott continues to see momentum from conversions, including multi-unit conversion opportunities. In June, Marriott announced an agreement with Vinpearl to convert and develop 2,200 rooms across eight hotels in Vietnam. Of the eight hotels, six are conversions that have already been added to Marriott’s system. The company added more than 80 conversion properties in 2022 in locations around the world including Brazil (JW Marriott Hotel São Paulo) and India (The St. Regis Goa). In the United States and Canada region, the company signed 56 conversion deals, representing nearly 8,000 rooms, including 34 select-service deals representing nearly 4,000 rooms. The company’s collection brands, including Autograph Collection Hotels, The Luxury Collection, and Tribute Portfolio, represented 30 percent of global conversion rooms signed, with over 6,000 rooms signed in 2022.

During 2022, Marriott announced its planned entry into the affordable midscale segment. Under an agreement with Hoteles City Express, S.A.B. de C.V., Marriott plans to acquire the City Express brand portfolio. As of October 19, 2022, the portfolio was comprised of 152 hotels, including around 17,000 rooms across 75 cities in Mexico and three additional countries in Latin America, and five under-construction projects, representing an additional 676 rooms. Upon closing, the transaction is expected to make Marriott the largest hotel company in the Caribbean and Latin America. Given the nature of the affordable midscale segment, the company sees opportunities to further expand the City Express by Marriott brand in the Caribbean and Latin America region, as well as in other locations. Marriott expects the transaction, which is subject to regulatory approval and other customary closing conditions, could close in the first half of 2023.

Marriott continues to focus on expanding its all-inclusive platform to meet guest demand. In 2022, the company added three all-inclusive conversion properties—the Royalton Splash Riviera Cancun in Mexico, the Sanctuary Cap Cana in the Dominican Republic, and the Westin Porto de Galinhas in Brazil. In addition, the company recently announced the signing of three luxury all-inclusive properties in Mexico: Almare, a Luxury Collection All-Inclusive Resort on Isla Mujeres, and a JW Marriott All-Inclusive and W Hotel All-Inclusive in Costa Mujeres. The All-Inclusive by Marriott Bonvoy portfolio includes 33 properties in the Caribbean and Latin America, located across Mexico—Riviera Nayarit & Cancun, Jamaica, Barbados, Antigua and Barbuda, Saint Lucia, Costa Rica, the Dominican Republic, Grenada, and Brazil. The company anticipates that Southeast Asia and resort markets in Europe and the Middle East could provide additional all-inclusive opportunities in the future.

“We have seen a tremendous year of growth in our international regions,” said Carlton Ervin, global development officer, international, Marriott International. “In the Middle East, we saw a record number of room signings. With rising momentum in our all-inclusive offerings and our planned expansion into the midscale market, we remain focused on providing consumers with more offerings to meet their needs.”

With growing consumer travel preferences for more space driven by the blending of work and leisure trips, the longer stay segment is an option for both guests and hotel developers. In 2022, the extended-stay category, comprised of the Residence Inn by Marriott, Element by Westin, and TownePlace Suites by Marriott brands, accounted for a record 30 percent of the company’s signings.

In the United States and Canada, the company announced in 2022 the launch of Marriott’s Bridging The Gap, a multi-year development program that aims to address the barriers to entry that historically underrepresented hotel owners and developers. As part of the program, Marriott has allocated $50 million to offer financial and other incentives to qualified owners and franchisees that will have a controlling equity interest in select branded projects.  To date, Marriott’s Bridging the Gap has resulted in nine signed deals in locations including Jackson, Mississippi, and St. Louis, Missouri.

To meet the growing demand and changing consumer travel preferences for more room and longer stays, Marriott announced its further expansion into the serviced apartments segment in November 2022. Apartments by Marriott Bonvoy is a residential soft brand with an independent, local aesthetic. Intended to be introduced in the upper-upscale and luxury segments, Apartments by Marriott Bonvoy will have a separate living room and bedroom, full kitchen, and in-unit laundry, but will be differentiated from hotel products by not offering certain traditional hotel services such as food and beverage and meeting spaces. Apartments by Marriott Bonvoy is anticipated to offer developers the flexibility to build new properties or convert existing properties, with a design approach similar to the company’s Autograph Collection Hotels and Tribute Portfolio brands.