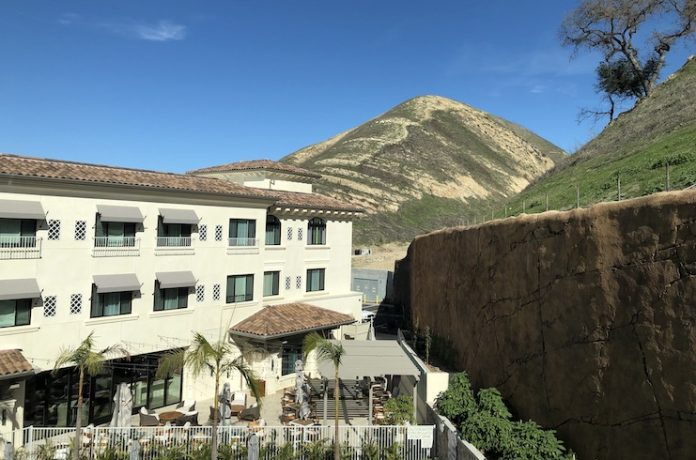 How did Choice’s upscale brands perform in 2021?

Janis Cannon: In upscale, we had a really great year. We also opened nine hotels last year and continue to see ground breaks materialize. We see our projects are getting funded, and they’re moving forward, which is also good news because it means that the investment and financial communities are supportive. The other thing we’re really proud of is our overall guest satisfaction scores. If the guest is happy, and the owner is happy because of financial performance, and we see that the lending community is supporting our projects, it’s a best-case scenario with those three different stakeholder groups.

Mark Shalala: On the development side, Cambria is currently set at 58 open hotels, we have 17 hotels under active construction, and, behind that, there’s a pipeline of about 75 projects. Those nine openings Janis mentioned represented 20 percent growth year over year. So, I think those are pretty impressive stats, particularly during the pandemic. We feel really good about Cambria’s pipeline momentum.

What have you been working on in the past few months?

Shalala: In the last six months, we launched a new prototype option for Cambria. When we started looking at where we thought the meaningful growth for the brand was going to be in the next five to eight years, we saw that it was going to be in secondary and leisure markets. And that prediction came true with the boom we’re seeing. Leisure has bailed out the industry over the last 18-24 months. That’s where developers are looking to develop. That’s where we want to be. And those markets require more cost-effective build prototypes for our owners to continue to be successful and profitable with the brand. We’ll have 10 signed franchise agreements by the end of this month. So, it’s really getting traction and interest from developers.

By analyzing guest metrics and hearing what guests are saying, are you looking to do anything different within the next year?

Cannon: We introduced a text platform to communicate with our guests, which really puts them in control, for instance, when they want housekeeping, their trash removed, or their towels refreshed. That’s helped in terms of driving guest satisfaction. We’re looking to make sure that we’re identifying consumer needs as they evolve. And then, also trying to understand whether it was a trend or fad, popular for the pandemic or sustainable for the future.

We’ve also added an adult beverage section because we saw during COVID when people couldn’t go sit at the bar and have a drink that people wanted to come down and they wanted to get a craft cocktail, a split of Cambria wines, or a local craft beer. In Cambria, they’re able to come down and get that, and then they can take it to the rooftop, they can take it outside and go to the fire pit, they can enjoy it in the lobby or the comfort of their own guestroom. The definition of upscale has changed because people want to be more in control and more empowered. And that is something that’s going to be sustainable. That’s been driven by how fast technology escalated during the COVID pandemic. We’re really looking at ways to save the owner money, give the guests everything that they want, and get a positive financial implication, too.

What other ways are you incorporating technology within Choice’s upscale brands?

Cannon: We’re adding technology on the environmental and sustainability side as well. Forty-seven percent of our Cambria hotels already have electric vehicle charging stations. We just opened a hotel in Calabasas, Calif., with six charging stations. We’ve also got a new software platform for our owners that allows them and our operators to be able to track what their carbon footprint is and where there might be energy savings across their hotels. Technology isn’t just about mobile check-in and check-out in an app—it’s also how we’re protecting the environment in a sustainable way.

Shalala: Another strategic investment we made during the pandemic was rolling out our proprietary revenue management system called ChoiceMAX, which is a mobile application that gives multiple rate suggestions throughout the day to owners on their phones. Through the pandemic, rate pricing became so dynamic, and, in this inflationary period, is going to continue to be important. So, understanding what competitors are charging on an hour-to-hour basis is the technology owners and operators need to stay competitive in this environment. And we’ve put that in the palm of our owners’ hands across the whole system.

How do you see the Ascend Collection growing?

Shalala: We’re proud that we were some of the pioneers of soft branding when we launched the Ascend Collection back in 2008. As far as Ascend goes, we are a leader in the soft-brand segment—350-plus locations globally. So, we’re the largest right now. And we continue to add 25 to 30 new properties into the collection every year. It gains momentum every year.

Cannon: We had Penn National join us last year with 22 hotels. In addition to adding resort properties, historic properties, and boutique properties, we now have 22 gaming casinos as well, which are doing extremely well.

What are some near-term and long-term investment opportunities you’re looking for?

Shalala: If you look at Choice Hotels’ portfolio, we’ve traditionally been strong from Comfort Suites down as far as the strength of the brands, how we compete, and the market share we own in those segments. Where we have the most whitespace is upscale, and that’s why we’re making such strong strategic investments in both Cambria and Ascend in a very short period. We now have a portfolio of almost 400-plus upscale hotels, which continues to grow every year. Choice has committed $750 million of corporate balance-sheet support specifically for Cambria. Some of those dollars are going into technology and other systems that drive the operations side of the hotel. But the bulk of it is going in as direct investments with our developers in their project.

What’s next for the upscale brands at Choice?

Shalala: The momentum for the upscale platform continues to build as we put out greater products. And each one of our hotels, whether it’s a Cambria or Ascend, gets in there against their local competitive set, competes, and wins. The pandemic exposed how well our products do, and they are strategically positioned in a lot of leisure markets, which is going to play to our strengths over the next two to three years.

Cannon: We’re still a relatively young brand compared to our competitors. We’ve really benefited from how we originally designed our brand. We already had a great foundation, and now it’s about continuing to build on that so we’re not having to go back and redo things or try to modernize.