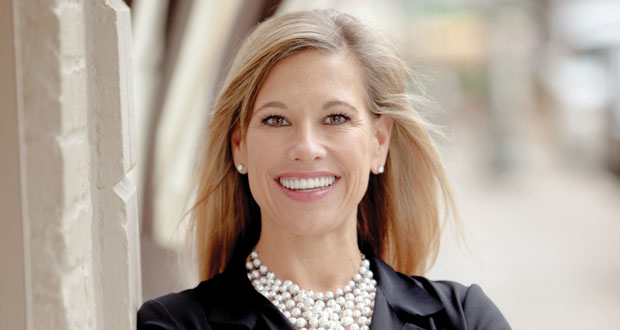 Lara Latture has been with The Hotel Group (THG), an Edmonds, Wash.-based hotel developer and management company, for 20 years, but she still often refers to herself as an “accidental hotelier.” She came into the industry with a fierce will to learn and has thrown herself into hospitality. It was with her assistance that THG grew its portfolio to include nearly 40 properties. “I took on a million things 20 years ago that I had very little knowledge about and started teaching myself everything I could,” she describes. To say it worked out would be an understatement—she is now the company’s chief operating officer.

When Latture was younger, she was interested in a career in fashion merchandising, but a relocation to Tennessee redirected her career. “My husband encouraged me to try hospitality, saying that I would be fantastic at it,” she recalls. Latture walked into a hotel to apply for a job and told her interviewers that while she didn’t have hotel experience, she wasn’t afraid to try something new and would do whatever it took to learn. The tactic worked, and she was hired.

From there, Latture moved around the hospitality industry, first working for a few different properties, and eventually, for Starfleet Entertainment Yachts, where she was essentially selling mobile banquet space. She was with Starfleet for several years, until one day, the hotel industry once again came calling.

“I got a call from someone who had worked with a former colleague telling me that a company called The Hotel Group was buying a hotel in Galveston, Texas, and that they had been given my name. They wanted to know if I would come and talk to them, and maybe consider changing jobs,” Latture says. It was difficult, but she decided to make the move. She jumped in head first to help develop that asset. Now, Latture continues to watch over THG’s portfolio of properties from her Franklin, Tenn., office.

As the company grew, Latture’s role had to evolve. At first, she took a very hands-on approach to each new asset THG added to its portfolio, but soon that portfolio became too much for one person to handle. “I would help with everything,” she explains. “I was present at every single transition; I kicked off every orientation meeting, I interviewed every prospective employee before hiring. I was as hands-on as you could get.”

Since then, Latture has had to shift her management strategy and learn to delegate. “This did not come easy,” she admits. “When you build something from the ground up, you don’t want to take a lot of chances when handing somebody the reins.” Latture took a page from her own history in the industry and wasn’t afraid to seek out candidates who didn’t necessarily have hospitality experience. “Everything can be learned, but you can’t teach friendly,” she says, referencing her doctrine of always doing the right thing for her employees, even in a no-win situation.

This hasn’t been entirely smooth sailing, Latture notes. “You have to be comfortable with letting people make mistakes—it’s necessary to how they learn and grow. But as long as my people are honest with me, and conduct themselves in a truthful manner, I will always work with them to achieve their goals.”

The evolution of THG has also made Latture more decisive and quick to move on new initiatives. “I am very straightforward,” she says. “I don’t have the luxury of taking a whole lot of time to mull over decisions. When someone calls me, that usually means they’re at a roadblock, and they need a quick decision. The people who work for me are very smart, so if they can’t figure it out, I know they’re in a bind.”

This straightforwardness has garnered Latture a reputation as a bit of a fireball, which is okay with her. “I’m direct and honest, but I’m also loyal. The people I work with know that and know me, and those relationships are the most important part of this business,” she says. She then launches into a story from about a decade ago, when a GM gifted Latture with a “Dammit Doll.” To this day, it sits on her desk. For those who are unfamiliar, Dammit Dolls are soft toys meant to be slammed against a hard surface while yelling obscenities—a means of stress relief. “I hadn’t known her for long, and the doll came with a note that said ‘I think this would come in handy sometimes,’” Latture says, laughing. “She knew me so well after such a short time.”