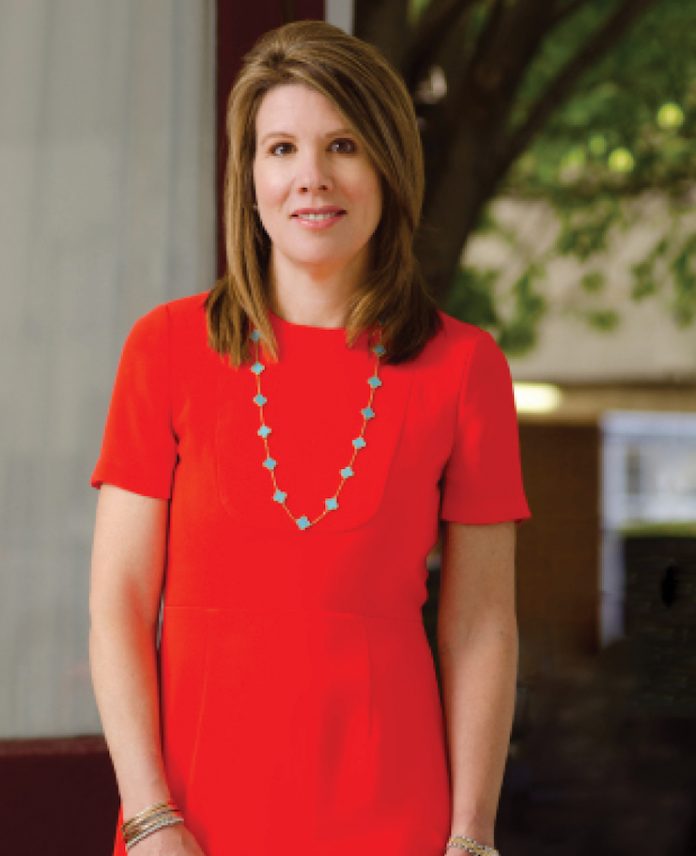 At the end of March, it was announced that Krissy Gathright, executive vice president and chief operating officer at Apple Hospitality REIT, was appointed to the company’s board of directors and would be transitioning out of her current role by the end of Q1 2020. This is just the latest iteration of Gathright’s 20-plus-year career with the Apple REIT Companies, where she has leveraged her accounting background to enhance the value of the company’s assets. Gathright’s strong worth ethic and intense desire to learn and grow drove her progression from roles in accounting to asset management to a C-suite position to now board member, and that ascension has fueled her passion for the advancement of women in hospitality, an area where she is committed to paving the way for female hoteliers who struggle to make the climb.

While Gathright certainly had the support of champions, both women and men, along the way, her success has greatly been of her own making. After starting out as a CPA in a public accounting firm, she accepted job offers from two of the firm’s real estate clients, opportunities that thrust her into the REIT world, first as an accountant, then branching out into asset management and investor relations. Gathright, who stresses the importance of making strategic connections, made the most important one of her career while working at a REIT, where Glade Knight, who is Apple Hospitality’s current executive chairman, was then CEO. When Knight decided to start the Apple REIT Companies in 1999, he tapped her to become his first hire.

Because this meant entering a new industry—i.e., hospitality—Gathright, who also stresses the importance of being prepared, set out to learn all she could about the hotel space. “I asked a lot of questions. I visited a lot of hotels, taking the opportunity to shadow associates in multiple operating departments. I participated in Hilton’s general manager training and attended general managers’ conferences.” She says she was then and continues to be enchanted by the industry. “From those first experiences, I was blown away by the passion, the energy, and the comradery of the industry. It all ties back to a sense of hospitality, a sense of support, a sense of making connections with people.”

Gathright says Apple Hospitality asset-manages the properties in their portfolio but hires third-party operators to run them. However, she explains, these entities are fundamentally interdependent. “As a publicly traded REIT, our objective is to produce solid risk-adjusted returns for our shareholders, and a focus on the numbers and profitability goals is certainly a piece of that. However, I believe the hospitality industry is most of all about connecting and supporting people and relationships, and inspiring and motivating them to deliver high-quality service so guests have a positive experience, which engenders loyalty. We, therefore, need to make sure that, in partnership with our brands and our operators, we’re focused on driving innovation, delivering a quality guest experience, and supporting people.”

Gathright says her own company has always advocated for strengthening the hospitality industry, including supporting and working with the American Hotel & Lodging Association (AHLA). She says that the relationship between her company and AHLA deepened when former AHLA president and CEO Katherine Lugar began reaching out to various ownership groups, including hers.

Gathright calls supporting women in hospitality a “personal passion” and traces the genesis of AHLA’s conference ForWard: Women Advancing Hospitality to AHLA’s conversations about the continuing shortage of women in the upper ranks of the hospitality industry and brainstorming sessions on ways to improve those numbers in the interest of advancing women and promoting diversity and inclusion. “This included having a conference or gathering—which became ForWard—where we could bring in inspirational leaders to share their stories with women from all areas of the hospitality industry in an environment where they could make connections and otherwise lay the groundwork to increase the number of women in executive-level roles.” 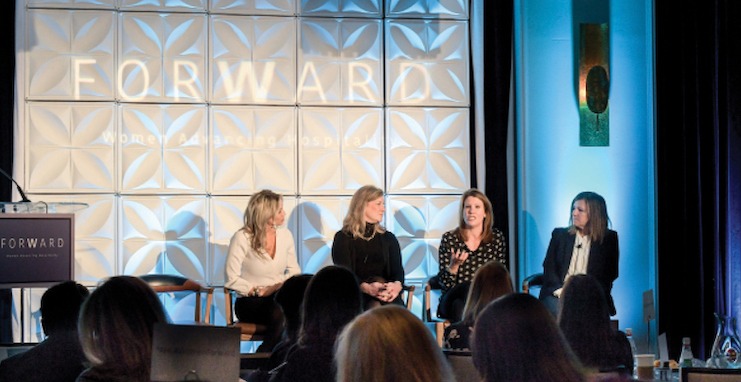 That first ForWard conference, she says, drew about 200 participants, including some of her company’s own “superstars,” and inspiring speakers—one of whom urged women to “be brave, not perfect.”

Gathright says the goal for the next conference, which will take place May 29-30 in Chicago, is to nearly double the number of attendees, and to incorporate elements based on feedback, including the inclusion of more women from operations. “This could include women who have worked their way up from entry level to general manager of a large full-service hotel, or from general manager to SVP of a management company,” she describes.

To identify potential leaders, it is Gathright’s hope that the ForWard conference can serve as a diverse database of leadership talent within the industry that could be further cultivated. Noting that the Castell Project, which provides training for rising female executives, is a key partner with the conference. She regards the ForWard conference as an opportunity to work with these and other organizations to reach even more women in the industry. “One of the keys is taking the collective strength and the collective passion of these wonderful women of these wonderful organizations and bringing them all together for a greater impact. AHLA took the lead on it, but women in AHLA and other organizations feel very strongly about devoting their time to making this strong, positive impact.”

“It’s important to be there as a mentor and champion their opportunities; you have the platform to do so because you worked hard to get where you are.”

Gathright says there are many ways women leaders can help others advance. Although she considers mentoring to be the best way women can support other women, she recognizes that not everyone has the time or passion for it. She says she likes to share information by appearing on panels, but mentions that those who don’t have much time to spare can catapult the rise of the next generation of women in the industry by being a sounding board. “It can make a big difference,” she says. “I also suggest building expertise by becoming involved in industry organizations and seeking advisory council and board opportunities.”

Gathright maintains that women who have “made it” can multiply their impact by supporting women who are seeking greater opportunities to succeed, and, for her, it’s a pleasure as well as a responsibility. “It’s important to be there as a mentor and champion their opportunities; you have the platform to do so because you worked hard to get where you are. We need to recognize that it is not just the women we help but the entire industry that benefits from greater diversity and inclusion. With more voices and opinions driving and promoting it, we can strengthen this industry we love.”