Balance of Power Shifting from OTAs to Hotel Companies?

The reduced margins aren’t a huge shock—there’s always an ebb and flow and commission rates tend to decline during periods of rapid growth. I’m not sure Hilton needed to negotiate the ability to offer loyalty members special deals—I’d be surprised if they weren’t already doing so through fenced and emailed offers.

Either way, these are definitely wins, no doubt, but the elimination of last room availability would be huge. This could signify a shift in the balance of power between hotel companies and OTAs like Expedia and Booking.com.

As those two companies, the Duopoly, have gobbled up most of the other smaller and still significant OTAs and as the percentage of bookings have continued to shift toward OTAs, I find it hard to believe the balance is now tilting the other direction.

In the company’s recent earnings report call, Nassetta said Hilton had achieved its goals in those three pillars, but he didn’t detail to what extent. I don’t doubt what he said is true, but what might Hilton have conceded to earn those wins? The devil, as they say, is in the details.

I would be surprised if companies like Expedia and Booking.com would accept those terms, even at the threat of Hilton pulling its inventory, as others have tried before. Did the OTAs also get a reprieve from price parity, following the path already being paved in Europe? Could they now be getting net rates from Hilton and allowed to charge anything they want for those rooms? Could this be the beginning of the Wild West here in the U.S.?

Last room availability has allowed OTAs to continue selling rooms as long as they are available at the hotel. Hotels, even when they knew they’d sell out, could not completely close those channels and sell their remaining inventory directly for higher profit margins.

Now, if true, Hilton can shut off Expedia.com and Booking.com on compressed dates when a hotel knows it will sell out through direct channels, and those OTA commissions, even reduced, won’t have to be paid. This will obviously drive direct bookings and more bottom-line revenue for the hotel, but the danger is the hotel’s inventory won’t be available at times on these popular sites. That won’t matter if consumers are booking direct instead, but what if they’re looking for a five-night stay and don’t see availability on the sites they’re shopping?

The better scenario for both sides would be if hotels left those channels open, even on the most compressed dates, but raised rates to offset the commission costs or even zeroed out those margins. In other words, OTAs would continue to sell rooms over that high-demand Saturday, without charging commission, or the rates would be higher than the best available rate at the hotel’s site to offset the commission fees. That could be a win-win situation and show the two sides are really working together as partners: The hotel would always be marketed on every shelf and it would secure the five-night stay over shoulder dates, while the OTA would receive its standard commission rates on four of those five nights.

Since that’s not happening, the question remains, why would the OTAs give up that competitive advantage and not require last room availability anymore? Perhaps rate parity is on its way out here, even without French courts mandating it. If OTAs and hotels now agree to allow each side to sell rooms at any rate they please, last room availability isn’t as much of an issue. And the OTAs, with their billion-dollar marketing budgets, might be happy to play by these new rules.

If Hilton and Marriott didn’t make any serious concessions or agree to double down on their OTA marketing spend, this would signal an unexpected shift in power and one the rest of the hotel industry would benefit from. If so, kudos to Hilton and Marriott.

Either way, these are very interesting times in the world of hotel distribution.

About the Author
Patrick Bosworth is CEO and a co-founder of Duetto, a hotel revenue strategy technology company based in San Francisco. 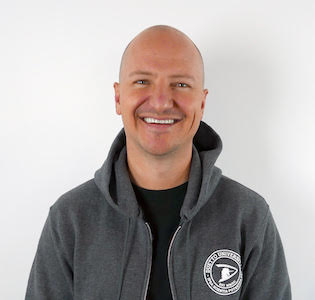