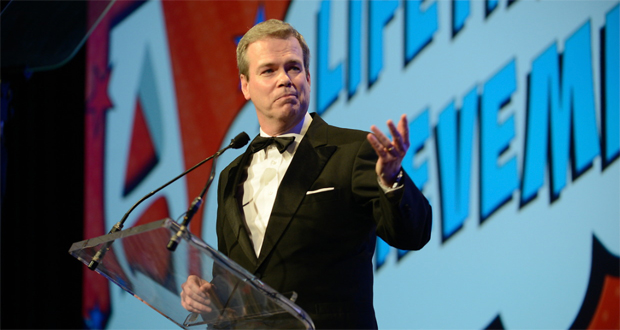 Little could the planners of Tuesday’s Hospitality Sales & Marketing Association International 2017 Adrian Awards Gala know that their choice of a superheroes theme would coincide with the hugely successful marketing effort behind the nation’s latest superhero movie, Black Panther. But the unexpected coincidence gave the annual HSMAI proceedings—honoring excellence in travel marketing—some added resonance. 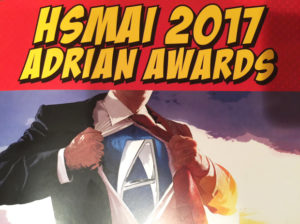 Attended by nearly 1,000 industry sales and marketing executives at the New York Marriott Marquis, the event began with a parade of the 2017 HSMAI Top 25, representing what HSMAI Foundation chairman John Fareed called “the best of the best,” a cross-section of heads of convention and visitors bureaus, hotel brands, online travel agencies, individual hotels, management companies, and consultants.

HSMAI is celebrating its 90th anniversary this year. As hospitality sales and marketing has evolved over the years, growing more sophisticated and technology-driven, the Adrian Awards have evolved as well. They now acknowledge achievement in three distinct categories: advertising, public relations, and digital marketing. Started in 1956, the awards are named for Adrian Phillips, a hospitality marketing trailblazer of his time.

The two signature awards each year are the Albert E. Koehl Lifetime Award and the Winthrop W. Grice Lifetime Award for Public Relations, each named for another of the field’s marketing gurus. Ed Fuller, retired president and managing director of Marriott International Lodging, received the Koehl Award on Tuesday night. Appearing on video, current Marriott president and CEO Arne Sorenson praised Fuller for his decades-long efforts expanding the Marriott brand into international markets.

The Grice Award, meanwhile, was presented to Terry Gallagher, president of the Lou Hammond Group. In his 30-plus year career, Gallagher has provided public relations support to clients as diverse as Sea World, Sonoma County, Calif., and the Caribbean Tourism Organization. Seen on video, a number of Hammond clients praised Gallagher’s strategic thinking as well as collaborative leadership style.

In their acceptance remarks, both Fuller and Gallagher spoke directly to the many early- and mid-career professionals in the audience. “You can’t lead with your feet on the desk,” Fuller said, stressing the importance of getting out into the field, rolling up your sleeves, and immersing yourself in the task at hand. “Learn as much as you can from those around you,” Gallagher counseled. “Be passionate and remember, at the end of the day, all you have is your reputation.”