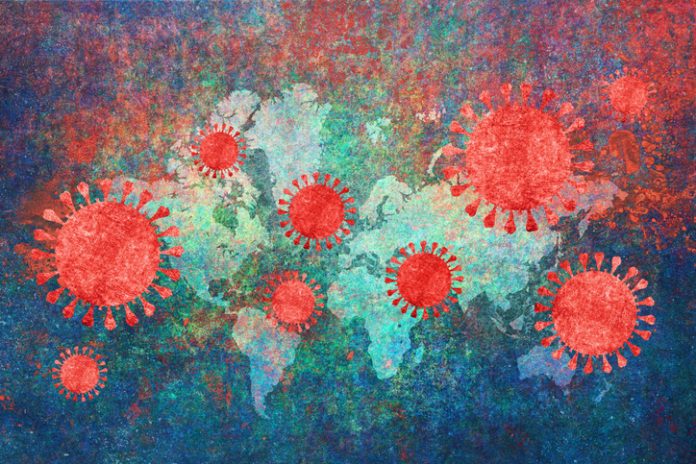 LONDON — According to July profit and loss data from HotStats, the global regions continue to accrue negative months of profitability, with the exception of Asia Pacific, after two consecutive months of positive gross operating profit per available room (GOPPAR). And though global performance data is still well off from the year prior, HotStats reported monthly strides in most key performance metrics.

As COVID-19 drags on, hotels, especially in downtown urban markets, find themselves in a waiting game; meanwhile, properties in secondary, tertiary, and resort markets have found some preliminary success—a sign that even the biggest pandemic in more than a century can’t quell travel altogether.

“The global hotel industry is far from recovered, but the proverbial light at the end of tunnel is out there,” said David Eisen, director of hotel intelligence, Americas, HotStats. “Getting back to profitability will take a careful mix of revenue generation and expense control. In this current environment, we’ve seen, expectedly, both revenue and expenses come down. The hope is that on the way back up, revenue climbs and hoteliers continue to keep costs at bay, thereby ensuring quicker and more sustained profitability.”

For the second consecutive month, the Asia Pacific region recorded positive GOPPAR, a feat unmatched by the rest of the world on aggregate. GOPPAR climbed to $11.82, a 225 percent improvement from June, when GOPPAR was $3.63—the first time the metric turned positive since COVID-19 tightened its grip in February.

Framed amid the pandemic, the scant amount of profit is cause for celebration, HotStats maintained, though the reality is that Asia Pacific hotel GOPPAR in July is still down 76.8 percent versus the same month last year.

Total revenue per available room (TRevPAR) reached its highest mark since February in the Asia Pacific region as room occupancy and average rate climbed, coupled with slight upticks in ancillary revenue, including a jump in food and beverage revenue, up 209 percent against April, when F&B RevPAR hit a low of $7.86.

Expenses continued their downward trend on a year-over-year (YOY) basis in the Asia Pacific region. Total labor costs were down 44.6 percent YOY, while total overhead costs dropped 41.4 percent on a YOY basis. Profit margin for the month was up to 17.4 percent after falling into negative territory from March through May.

In China, where cinemas have been open since July 20, with reports of rising attendance, July was the third consecutive month of profit gains. GOPPAR, down 34.5 percent YOY, was up to $25—$10 more than June. Occupancy in the country climbed above 50 percent for the first time since December 2019, and with a slight uptick in rate, revenue per available room (RevPAR) was at a higher level than it was in January. TRevPAR made a big jump—up $15 over June and 655 percent higher than February, the height of COVID-19’s impact on the country.

Asia Pacific’s performance bodes well for the rest of the world, that is, if strides are made against the pandemic, either a further rollback of cases or continued promise of therapeutics and a vaccine. In Europe, it’s still touch and go, with countries such as Spain seeing a recent resurgence in cases.

Though profit remains stuck in negative territory, a break-even level is in sight at last for Europe hotels. In July, TRevPAR saw its largest jump in three months—up to $36.91, 113 percent higher than June. The growth in total revenue came on the back of rising RevPAR, which dipped into double digits for the first time since March, bolstered by an average rate above $100 and a climb in occupancy.

Still, and despite continued expense degeneration, it was not enough to produce positive GOPPAR, which was recorded at -€3.26, down 104 percent against the same time last year, but 77 percent higher than June.

Total labor costs on a per-available-room basis were up more than €2 from June to July in Europe, a sign that more hotels are reopening and getting back to business after preceding closures.

At -8.8 percent, profit margin at Europe’s hotels remained negative in July but an improvement over June’s margin of -83.1 percent.

July was an especially difficult month in the United States vis-à-vis new COVID-19 cases. On July 16 alone, new cases topped 70,000, according to the CDC—the first time that threshold had been broken. In total, there were five days in the month where new cases exceeded 70,000. New cases have since ebbed: The seven-day moving average as of Aug. 23 was 42,909, according to the CDC.

Amid that backdrop, July’s hotel performance for the United States remained limp, but still better than the previous month. TRevPAR increased 29 percent from the previous month to $43.68—down 82.4 percent YOY.

Both occupancy and rate continue to inch up month-to-month in the United States, leading to RevPAR of close to $30—a $7 gain over June and 230 percent higher than the $8.94 RevPAR in April.

U.S. GOPPAR, however, remained below zero at -$5.59, a 106.7 percent decline from the year prior, the result of a revenue shortage combined with a continued cost base that is smaller, but still existent. Total labor costs were down 72 percent YOY, and after an actual jump in June over May, settled back to around $25 per available room, which is where they’ve been since the impact of the pandemic began showing up in performance data in April.

On a good note, profit margin improved 46 percentage points over June to -12.8 percent—the best it’s been since March.

The Middle East also saw improvements on a month-over-month basis in July. RevPAR climbed $8 higher than in June, bolstered by an almost $20 hike in rate to $123.72, which was only 9 percent lower than at the same time last year. Room-revenue generation underpinned month-over-month growth in TRevPAR, which also gained an almost $20 bump to $55.90—a 47 percent increase over June. Beyond rooms, F&B revenue saw a nice bump, up 67 percent from June.

Like other regions, profit margin in the Middle East remained negative but climbed 38 percentage points to -8.2 percent.