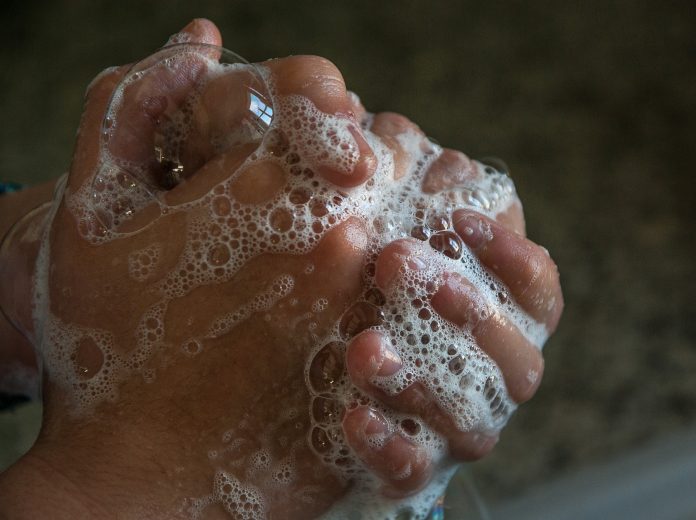 McLean, Va. – To mark Global Handwashing Day, Hilton announced the expansion of its soap recycling program, totaling 5,300 properties in more than 70 countries and territories around the globe. Hilton’s decade-long soap recycling program, which is already the largest in the hospitality industry, helps fight the hygiene epidemic plaguing underserved communities where tens of thousands of children die needlessly due to lack of access to basic sanitation. The initiative also contributes to reducing Hilton’s overall environmental impact, which the company has set a goal to cut in half by 2030.

Hilton also announced the successful completion of its 2019 Clean the World Challenge to collect enough soap by Global Handwashing Day to be sterilized and recycled into 2 million new bars of soap for communities in need. During the last 10 years, Hilton properties have diverted 4 million pounds of waste from landfills. Working with NGO partners such as Clean the World, the industry-leader is now setting the bar even higher.

“In a world where too many children die of hygiene-related illnesses, Hilton and its soap recycling partners are turning guest room waste into life-saving treasure,” said Katie Fallon, Hilton’s global head of corporate affairs. “We are now expanding our industry-leading, global soap recycling program to all of our brands as part of our commitment to send zero soap to landfill.”

Hilton has a network of soap recycling partners around the world that support these efforts, the largest of which is Clean the World. Through these partnerships, Hilton hotels have contributed to the donation of more than 11 million new bars of recycled soap to communities in need. In 2016, Embassy Suites by Hilton, Homewood Suites by Hilton, and Home2 Suites by Hilton’s 750 hotels were the first in the industry to make soap recycling a brand requirement. In January of 2019, Hilton Garden Inn and Hampton by Hilton joined the initiative.

“A spirit of service has always been at the heart of Hilton Grand Vacations through our CSR platform – HGV Serves,” said Hilton Grand Vacations executive vice president and chief customer officer Stan Soroka, “We are thrilled to stand shoulder-to-shoulder with our fellow Hilton brands to amplify what has already been done and catapult this program further.”

The new brand standards, which will be applicable across the United States, Puerto Rico, Canada, the Dominican Republic, United Kingdom, and Continental Europe, will significantly expand Hilton’s impact, as well as its partnership with Clean the World. Hilton’s soap recycling efforts in Europe will be supported by a new Clean the World facility, which opened in Amsterdam last year. In addition, Hilton will continue its existing strong soap recycling partnerships in its Asia Pacific region, working with partners including Diversey’s Soap for HopeTM, Soap Aid, Soap Cycling, and Sundara India.

The World’s Most Valuable Collection at the Soap Museum

To bring awareness to the vital role soap plays in reducing the risk of hygiene-related illnesses, Hilton is opening the doors to an art exhibit in New York City. Open to the public on Global Handwashing Day (October 15), “The World’s Most Valuable Collection at the Soap Museum” showcases 10, 18-inch sculptures carved from soap by world champion carving artist Daniele Barresi. The sculptures all depict items that are typically regarded as having significant value to illustrate and make the connection to the true value of soap as a life-saving resource that is often taken for granted.

During the interactive experience, which will be open through October 16, attendees will also learn about the importance of hand washing, soap recycling, and how everyone can help fight the epidemic of preventable hygiene-related illnesses. The experience will continue internationally when it makes its way to London and the Asia Pacific region. All the materials used for the museum will be recycled upon closing.

Starting October 15, the education will continue on the Hilton Online Newsroom and social media channels where visitors and followers can track the “Journey of a Bar of Soap,” and watch episodes of the Clean the World Soap Opera video series, which highlights the impact soap recycling has had domestically, internationally, on Hilton team members, and much more.

Hilton’s soap recycling efforts are a part of the company’s wider commitment to redefine sustainable travel through its Travel with Purpose corporate responsibility strategy. By 2030, the hospitality company commits to cutting its environmental footprint in half and doubling its social impact investment to drive positive change in communities. Hilton was the first major hotel brand to set science-based targets to reduce carbon emissions in line with the Paris Climate Agreement, and the first hotel company to commit to send zero soap to landfill.

Most recently, Hilton was named the global industry leader in sustainability on the Dow Jones Sustainability Indices (DJSI), the most prestigious index for corporate responsibility and sustainability performance. Hilton is also currently the only hospitality company on Fortune’s Change the World List, a recognition it has received for a second year in a row.

In early 2019, Embassy Suites by Hilton, Hilton Garden Inn, Hampton by Hilton, Homewood Suites by Hilton, and Home2 Suites by Hilton launched the Clean the World Challenge. The challenge asked hotel owners and team members to collect bars of soap left behind by guests to be recycled into 2 million bars of new soap by Global Handwashing Day to, ultimately, be distributed to communities in need. To-date, the brands have surpassed that goal, generating more than 2,358,200 new bars of soap.

In its collaboration with Clean the World and other soap recycling partners, Hilton’s discarded soap is crushed, sanitized and cut into new soap bars. The new soap bar is used in hygiene kits, which Clean the World provides to those in need. These kits ultimately aid in preventing diseases and reducing mortality rates around the world.