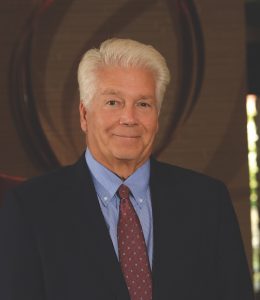 Rennick Andreoli is president of RDA Hotel Management Company and co-founder of FHC Hotel Company, which at one time was the largest Hilton Hotel and Sheraton franchise holder. One of his flagship properties, the Hilton Akron/Fairlawn, Ohio, which is celebrating its 50th anniversary while Hilton celebrates its 100th, has been recognized as the longest continually owned and operated Hilton franchise in the country. Andreoli is clearly enamored of the Hilton story—its celebrated founder, its history, and its leadership.

What has your own history as a Hilton owner been like?

It began as more of a family venture. My brother and I bought a small property in Akron with investors 50 years ago, but we’ve continually reinvented it over the years, doing about eight major additions. We added 40 guestrooms in 1979, then added 30 suites and a number of other amenities like an indoor pool, a sauna, all those kind of things, in 1990. In 1994, we built a grand ballroom that holds 600 people. Then in 2002, we added a new pool with a shore. But a real game-changer for us was when, in 2003, we brought in a restaurant—including its well-known chef. It is probably the top restaurant in Akron and is where nearly all significant social events in this community are held. We just redid the front entrance of the hotel, with a whole new façade. I’m now beginning development on an all-new guest court property, and I hope to renew our franchise soon when it comes up.

What has been behind your longevity as a Hilton during your 50 years as the owner of the Hilton Akron/Fairlawn?

The secret of our longevity includes but goes far beyond the physical changes described above. Of course, as a Hilton, we needed to adapt to meet standards—to keep up with technology and modernize. But our employees are our secret weapon. They’re the reason we have such a successful hotel. They take to heart my saying, “If you take care of our customers with a smile, they’ll keep coming back.” And they do; our repeat business is one of the reasons we are successful.

How would you describe the culture of the Hilton Akron/Fairlawn? 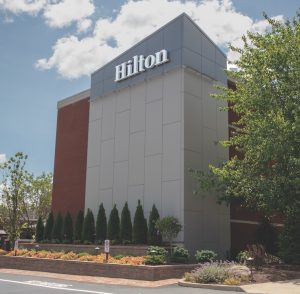 We definitely benefit from “The Hilton Effect,” which is the positive world-altering impact that Hilton has had and continues to have. It’s all about bringing people and cultures together. We have certainly picked up on this culture and continue to believe if we have a successful relationship with our employees, they’ll have a successful relationship with the customers. We have been recognized for employee service and other service awards during our many years with Hilton. We have always let our employees know how much we value them, and they stay—many for 25 years or more. I’ve got one of the lowest turnover rates of any Hilton in the country.

Although our property is proudly affiliated with Hilton and all it stands for in terms of quality and consistency, our Akron property is also special in that it rallies around the local philanthropic activities my wife and I support. They include a women’s shelter, humane societies, the Rotary Camp for Special Needs Children, and United Way. It’s one of the cornerstones of our efforts and part of our own culture. What’s more, we find that when our employees participate in these events, it carries over into the hotel environment.

Hilton Rolls Out Hybrid Solutions for Meetings and Events