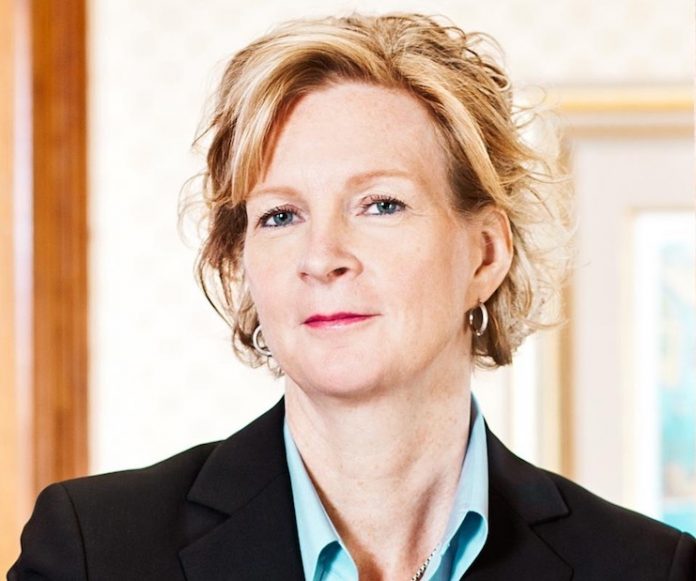 TORONTO—Heather McCrory, CEO, Accor, North & Central America, is this year’s winner of the Katie Taylor Economic Award. The award was presented by Women in Tourism & Hospitality at its virtual global summit on October 5, 2021. The event, now in its fifth year, brought together more than 200 attendees from around the world. Presented by WITHOrg.com in association with Kostuch Media Ltd., and Sequel Hotels & Resorts, the goal of the summit is to connect individuals and companies committed to advancing diversity and inclusion in the tourism and hospitality industry.

McCrory was recognized for her work and efforts in helping to make diversity and inclusion a major tenet of Accor’s philosophy and driving women’s advancement. As one of the largest hotel groups in the world, Accor has worked to advocate for and promote gender diversity and equality by focusing on social, ethnic, and racial and cultural diversity and integration of people with disabilities and LGBQT+ inclusion.

In her role as CEO, and even prior to her appointment, McCrory has been integral in promoting programs within the company that spotlight women’s advancement. In 2012, Accor launched WAGG, Women at AccorHotels Generation, to fight against stereotypes and help Accor reach its gender equality objectives.

According to Rosanna Caira, co-founder, WITHORG, and editor/publisher of Hotelier magazine, “As the business world learns to navigate the COVID-19 landscape, it’s more important to ensure that women recover from these setbacks and that we continue to ensure that women are no longer underrepresented in the executive ranks and continue to have opportunities for growth, leadership and advancement. Through her work at Accor, Heather has continued to do that and more to ensure women are at the table in every sense of the word.”

In 2015, Accor was selected by United Nations Women as one of 10 champion corporations of the HeForShe movement. The IMPACT initiative (10 governments, 10 companies including Accor, 10 universities) focuses on equal pay and women’s representation in management bodies. As of 2021, Accor North & Central America has exceeded its 2022 corporate management goals of 30 percent women leaders on the hub executive committee and 40 percent women in senior hub leadership.

In 2018, Accor gave fresh impetus to it international network promoting diversity, (previously WAGG), which at the time counted more than 14,000 members worldwide, with the launch of RiiSE, a global program committed to gender equality with a new goal: diversity, as a key driver of collective performance. The double “ii” symbolizes the men and women who are committed to the values of sharing, knowledge, of solidarity, and of combatting stereotypes.

In 2019, Accor celebrated the one-year anniversary of RiiSE with more than 29,000 members worldwide. And, earlier this year, Accor was selected to take part in one of six Generation Equality Action Coalitions, as part of the Global Acceleration Plan for Gender Equality from UN Women. Accor serves as co-leader of the Gender-based Violence Coalition.

In addition to these initiatives, Accor has also created a mentorship program that pairs mentors and mentees across 20 countries. In North and Central America, Accor has promoted the Group’s mentorship opportunities through its Women on the RiiSE program and forums, and is currently expanding the focus and reach all of this platform, promoting equal access to opportunities for all.

Accor has also established key metrics around diversity and inclusion, with the primary metric being its HeForShe commitment, which aimed to have 35 percent female general managers by 2020. According to McCrory, diverse teams perform better, a reality, she says, that has been proven in all regions of the company.

“Heather knows equality is good for business, companies have improved outcomes, earn higher profits, and economies grow”, states Anne Larcade, co-founder WITHORG. “What makes Heather an inspiring CEO is the ease, reliability, and authenticity she demonstrates in sharing with other women how to strengthen skills, and how to rise more effectively.”

In recent years, McCrory and the leadership team spurred a research project with the Ivey Business School, which gathered input from 400 women and men in leadership across the region, from department heads at the hotel level to the regional CEO, to better understand why women were opting out of management roles. What they found was there were six crucial factors that influence better retention and drive higher career satisfaction and progression among female talent: impact on family and personal life; perceptions around mobility; mentorship; perceptions around pay equity; progression; and walking the talk.

That study led to a shift in Accor’s journey and the discovery process solidified that the biggest need for equality and inclusion in hospitality is not only to acknowledge that it is an opportunity but to turn the conversation into action and to ensure they are creating real and sustained change.

According to McCrory, diverse teams perform better, a reality, she says, that has been proven in all regions of her company. “It is truly an honor to accept an award with such a tremendous vision and legacy. In this competitive world, bringing the best and brightest women into positions of leadership is crucial to our industry’s continued success. Our sincere ambition is to foster diversity, build a culture of opportunity and fairness, and focus our attention on helping more smart, capable women move into leadership roles. In doing so, we can close our gender gaps—and make progress on the road to equality—helping all of our employees reach their full potential with our organization. Our industry has unstoppable potential, and new opportunities need exceptional leaders; it is on us to help them get there,” said McCrory.

The Katie Taylor Economic Empowerment Award is presented annually by Women in Tourism & Hospitality, WITH, to an individual who has in measurable ways “moved the needle” to increase diversity in their company or business year over year; provided positive financial benefits for team or staff members within their business, company, or community; and supported women through innovation and or peer-to-peer mentoring and/or supports.