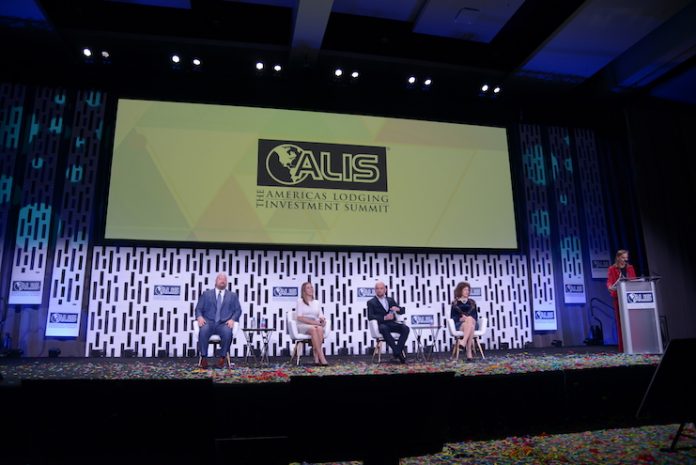 Despite the potential of a looming recession, RevPAR is expected to continue to grow for U.S. hotels in 2023, albeit more modestly than in 2022, according to the latest STR forecast released during ALIS (Americas Lodging Investment Summit).

In a session entitled, “The Numbers What To Expect In 2023 & Beyond,” a host of research analysts expressed muted optimism for the remainder of the year as well as expectations for increased growth in the years ahead.

Amanda Hite, president and CEO, STR, noted the company recently adjusted upward its RevPAR forecast for 2023 to 3.7 percent growth. Calling it “the road to the RevPAR recovery of 2019,” Hite pointed out that the anticipated gains will largely be driven by ADR growth. Meanwhile, STR is forecasting 6.6 percent RevPAR growth in 2024.

“We’re going to gain steam and momentum to get us back to those 2019 levels on a real basis,” she said.

Hite further added that based on easier comps from last year that “the first quarter is going to be by far the strongest quarter of the year” in terms of growth. “As we move into the second quarter we’re going to see hotel demand start to slow,” stated Hite.

She noted that pullback is based on a forecast from Tourism Economics for an overall GDP decline in the United States for Q2 and Q3.

“What we know about our industry as we look at prior downturns is that for every point of GDP decline we usually have four points of demand decline for hotels. We don’t think we’re going to have that this year, but we will see GDP slow down, which means we are going to see demand slow down starting with the second quarter of this year,” explained Hite.

She noted that the bulk of the industry’s growth is going to come from the luxury and upper-upscale segments. Hite explained why luxury, in particular, is expected to perform better.

One fundamental that Hite said remains “in the industry’s favor” is fairly limited supply growth with forecasts of 1.2 percent and 1.3 percent in 2023, 2024, respectively. “There’s a little growth there but it’s below historic averages,” she noted.

Cindy Estis Green, CEO and co-founder, Kalibri Labs, noted that company is “a little more conservative” in its outlook forecasting 3.2 percent RevPAR growth for the year. She further called for a “more even balance between occupancy and rate,” both of which are expected to grow by 1.6 percent, according to Kalibri Labs.

Green attributed that in part to the fact that the forecast for bookings from both the GDS and voice reservations were not going to approach 2019 levels.

“Some of the reasons for that is those channels represent group and corporate business, particularly the managed corporate business, that still hasn’t come back. The good news is that probably bodes well if there’s a recession because the business that used to fall out in previous recessions isn’t all back to fall out. So if we’re going to have a drop it probably won’t drop by as much,” she said.

Michael Grove, COO, HotStats, also pointed to some challenges related to the meetings and event business noting “that he doesn’t see it coming back to 2019 levels, but 5 to 7 percent below.”

He noted that rising operating costs continue to be an issue for the industry, even though there are some positive signs that “costs are slowing down.” He pointed to things like wage rates and utility costs.

According to Grove, “we need to be quite creative in the way we drive rate and drive the spend of customers in hotels to offset these additional costs,” he said, adding “margins will be under pressure going into next year.”