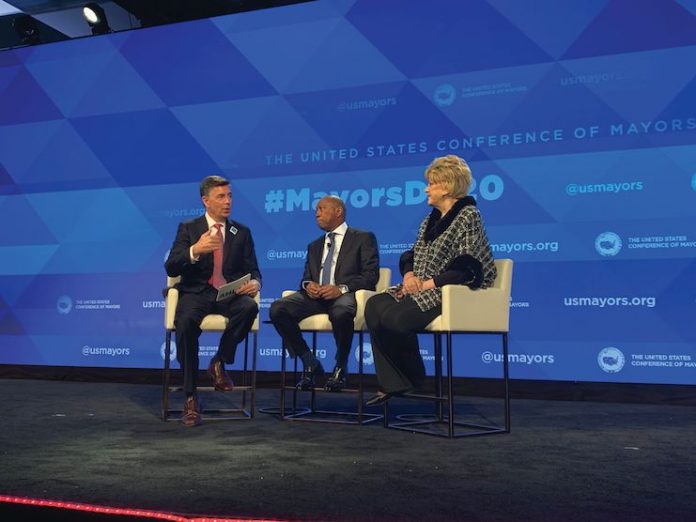 During National Human Trafficking Awareness Month in January, the American Hotel & Lodging Association (AHLA) released new member resources and embarked on a month-long series of events around the country to continue raising awareness about the scourge of human trafficking, a $150 billion industry which affects the lives of 40 million people around the globe. The month of activities built off the No Room for Trafficking campaign that AHLA launched last year, uniting members around the goal of training every hotel employee to spot and stop human trafficking.

In January, AHLA convened the world of professional sports; local, state, and federal officials including the Administration; law enforcement; and the broader travel community to help facilitate partnerships and find innovative solutions for combatting human trafficking. Leveraging the power of the sports industry, we held a regional event and employee training in Miami, with the Florida Restaurant & Lodging Association (FRLA) and the Asian American Hotel Owners Association (AAHOA) to raise awareness before Super Bowl LIV, including Florida Attorney General Ashley Moody, the Office of Miami-Dade State Attorney, Katherine Fernandez Rundle and Mayor of Miami-Dade Carlos A. Gimenez. We then traveled to Chicago, Illinois, to join the Illinois Hotel & Lodging Association (IHLA) for an event with key officials, including Illinois Governor J. B. Pritzker, Congressman Raja Krishnamoorthi, Attorney General Kwame Raoul, Chicago Mayor Lori Lightfoot, and nearly 500 attendees in advance of the NBA All-Star Game.

AHLA also led a dialogue at the U.S. Conference of Mayors in Washington, D.C. with Mayors Sylvester Turner of Houston and Carolyn Goodman of Las Vegas to explore the coordination between the hotel industry and mayors as they partner to deploy targeted strategies and take action to combat trafficking in cities across the country.

Through critical partnerships, events, and training, the hotel industry is uniting all sectors in our shared mission to combat exploitation. We won’t stop until we’ve trained every single hotel employee, and we are doing just that. Working with our members, we will make hotels the most inhospitable place for traffickers to do business. We welcome all partners in the travel community and beyond to join us and do the same.