Home People Checking In Checking in with Mark Elliott 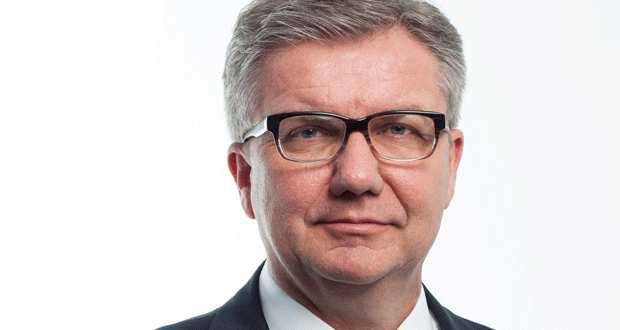 In the hotel brokerage sector, Mark Elliott, president of firm Hodges Ward Elliott, is kind of a big deal. In the last 22 years, he has personally sold and/or financed more than 1,315 hotels—more than any other individual in the United States. During his decades spent in the industry, he has seen cycles ebb and flow and markets rise and fall in popularity. Here, he chats with LODGING about the current cycle, the best time to buy, and how uncertainty overseas will impact the United States.

Many experts claim the industry is in the twilight of the current cycle. Should hoteliers be readying for a downturn? A downturn is often caused by a supply/demand dynamic that’s out of balance. If the market was going to become oversupplied, that could create a downturn and could cause a loss of capital for the lodging business. Right now, I do not see any imbalance of supply and demand on a macro basis for the United States for years and years to come. Recessions are the ending of one business cycle and the beginning of a new one. But we don’t see that happening, as we haven’t really created a bubble to burst. So what you could have here is a proverbial “soft landing,” where this year’s GDP growth could be closer to 1 percent than 2 percent, and this may be the end of the last business cycle and the beginning of the next business cycle. We could never technically have recession, but we’re currently experiencing a recessionary environment.

It seems as though foreign investors are more commonly looking to invest in the U.S. hotel market. What trends have you spotted? It is almost impossible to lose money in the U.S. real estate market today. We see capital coming from the Middle East, even though we thought with the pullback on oil prices we might see that slow. Additionally, the capital coming from China and many other Asian countries is in some ways really just beginning. Asian capital comes in spurts and starts—there were Japanese investors in the United States in the ’80s and early ’90s. They pulled back for a while, but now are starting to invest again. Korea has been a steady and consistent investor in the U.S. real estate market, and is increasing the amount of their investments. But China is really new. We’ve seen a lot of activity in the past two to three years and we’re continuing to see more and more activity from there. The United States is the safest, most stable market in the world to invest in. We’re still a growing population here, which pressures us to build real estate and grow the market.

How will the United Kingdom’s vote to exit the European Union impact hotel investment? Our takeaway is that it will be a net gain for the United States. Not necessarily in that capital will choose our country over London, but investors may choose the U.S. over other parts of Europe. I do think that in the short term, you’re going to see a boost of international investment in New York and in gateway markets—L.A., Miami, San Francisco, Boston, and Washington, D.C., in particular. For the discretionary real estate investment capital that can go either to the Euro or the pound investment to a dollar investment, many will go for the dollar.

Is now a good time to sell? If you have a significant gain built into an asset, you should sell it today. If we do happen to go into a deep recession, you don’t want to wait for the next cycle to liquefy. You might as well book your gain. But on the flip side, the fundamental side, we’re big believers in the fundamentals, and we think it’s actually a good time to buy, because you’re getting a wider than historic cap rate at the same time that you have very low debt cost.

Which U.S. market is ripe for transactions right now? San Francisco. There has been a secular shift in demand, as a lot of these new technology companies that are incubating and growing are in San Francisco, because that’s where you can attract all the young and bright graduates. They all want to live in San Francisco versus Silicon Valley. But, you have a supply dynamic that going forward is very similar to Paris—you won’t be able to increase supply half a point a year. You have more and more demand, and less supply of any real measurable magnitude, and that’s perfect for RevPAR growth, cash flow growth, compound and cash flow growth, and value creation.