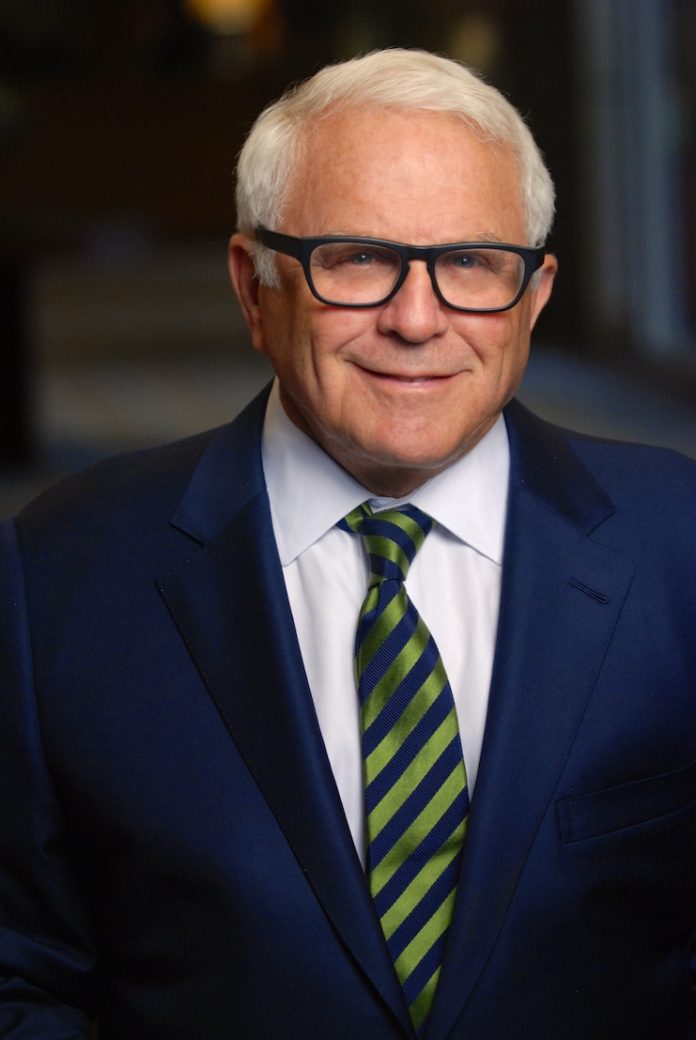 BOSTON — Boston University’s School of Hospitality Administration (BU SHA) announced Dick Friedman as the first recipient of its Icon Award, to be presented Friday, March 20, 2020, during the School’s Hospitality Leadership Summit at the Hotel Commonwealth in Kenmore Square, Boston. The summit is a two-day event bringing together hospitality graduate and undergraduate students with leaders in the lodging, food and beverage, meetings, events, and tourism industries.

Friedman is the president and CEO of Carpenter & Company Inc., a Cambridge, Mass.-based private firm involved in real estate and private investments. At Carpenter, Friedman has developed dozens of real estate projects, including hotels, office buildings, and shopping centers. One of his most notable projects is the development of Boston’s Liberty Hotel, which is located in the former Charles Street Jail, a historic landmark listed on the National Register of Historic Places. Other notable projects include the St. Regis Hotel San Francisco, Charles Square and the Charles Hotel in Harvard Square, the Brookline Marriott Courtyard in Brookline, Mass., and numerous Hyatt hotels. More recently, a team led by Friedman was selected to redevelop the former New Orleans World Trade Center into the Four Seasons Hotel & Private Residences. He is currently developing a 250-room, $160 million EDITION hotel in Reykjavik, Iceland, and he has just transformed the Boston skyline with the opening of one of New England’s tallest residential buildings, The Four Seasons Hotel & Private Residences at One Dalton.

Friedman has also been extensively involved in civic and charitable endeavors including the Steppingstone Foundation, Mount Auburn Foundation, and the John F. Kennedy Presidential Library and Museum.

“Honoring Dick Friedman is significant for us in so many ways,” said Arun Upneja, PhD., Dean of Boston University’s School of Hospitality Administration. “First, he’s based right here in the great city of Boston and his impact in our local area is tremendous; he has significantly contributed to, and changed, the skyline and landscape of an international primary market. His developments throughout the United States and beyond, further emphasize his global impact. His contributions as a citizen of our country to support our nation demonstrates how his vision and knowledge transcends our business sector. He is a true leader and undoubtedly an icon. With 40-plus years in the business and still active, we look forward to so much more.”

“As BU SHA approaches our 40th anniversary in 2021, we are proud to boast about our alumni who are in leading roles in various sectors of our business,” added Dean Upneja. “Alec Dalton’s achievements as an undergraduate were notable; honoring his professional accomplishments so soon after his graduation is not surprising. We look forward to following along with him through what will no doubt be an illustrious career.”

“And Alison Birdwell, just recently promoted to president of Aramark’s Sports and Entertainment, has remained an active participant in the SHA family. As a member of the Dean’s Advisory Board and with a passion for our graduate and undergraduate programs, we are thrilled to honor her professional accomplishments as our Alumni of the Year.”

“Our school is so grateful to Rachel Roginsky and Adam Sperling, for their generosity and enthusiastic encouragement and support of our students,” said Leora Lanz, chair of the Master of Management in Hospitality program and chair of the SHA Hospitality Leadership Summit. “This will no doubt be a memorable event because of their contributions connecting industry and hospitality graduate and undergraduate students.”

Hospitality is the New Black