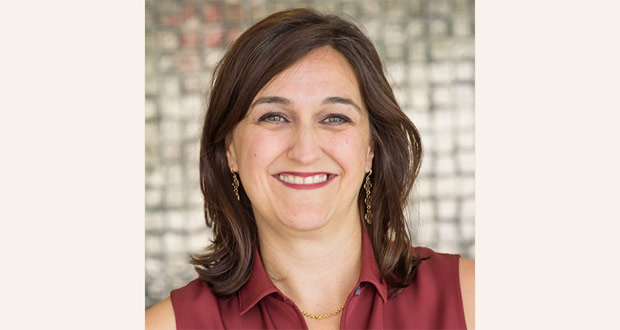 Maietta, who has served as interim president of the foundation since May of last year, currently serves as senior vice president of communications and marketing. As AHLEF president, Maietta will lead the foundation and its team to advance its mission of ensuring a strong and viable future for the entire lodging industry by fueling the talent pipeline. She will be responsible for raising the foundation’s profile and overseeing its scholarship, research, and career development programs. She will also oversee the administration of AHLA’s intermediary contract with the U.S. Department of Labor to expand apprenticeship programs.

“I am thrilled to announce Rosanna’s incredibly well-deserved promotion,” Katherine Lugar, president and CEO of AHLA, says. “Rosanna has been at the center of our efforts to increase visibility for the dynamic hotel industry and strengthening our relationships with key stakeholders including media, community partners, and our more than 25,000 association members. The Foundation has a strong legacy of providing opportunities and empowering our current and prospective workforce and building the next generation of hoteliers. I am confident Rosanna will build on that momentum and make us even more successful going forward.”

Created in 1953, AHLEF initially focused on providing scholarships to a small group of promising hospitality students. Since that time, the foundation has taken on a much greater mandate: ensuring a strong and viable future for the entire lodging industry. Underscoring the industry’s stories of opportunity, growth, and success, AHLEF priorities include scholarships, research, and career development programs. In 2017, the foundation awarded a record $851,500 in academic scholarships to 372 promising hospitality management students.

“I am honored for the opportunity to execute on our Board’s vision and lead a talented team who are committed to ensuring the future health and vitality of the hotel industry,” Maietta says. “We are so grateful for the support of our industry leaders and donors who make our work possible and fund these critical programs to advance this great industry’s workforce. We are a vibrant, innovative industry that is full of opportunity, and I’m excited to build on our past successes and ensure we continue to advance.”

In 2017, the foundation developed a new program, the Empowering Youth Project, to bridge the growing jobs gap and train Opportunity Youth for jobs in the hospitality industry. AHLEF and AHLA partnered with the national nonprofit Grads of Life and committed $500,000 in grants for local community organizations to train 1,000 young people over the next two years. AHLA and AHLEF have also committed to enrolling 2,250 apprentices in the hospitality industry through the next five years, as part of its apprenticeship contract with the Department of Labor.

In February, the foundation launched a pilot program in partnership with Pearson’s AcceleratED Pathways program to offer hotel industry employees access to a college degree at no cost to the employee. This program is the first of its kind within the hospitality sector and demonstrates the hotel industry’s commitment to providing employees with the pathways, training, and resources they need to achieve their career goals.

Maietta, who will continue to serve in her role as senior vice president of communications and marketing, joined AHLA after some eight years at the Washington, D.C. public relations firm FleishmanHillard, where she was a senior strategic counselor and manager responsible for developing communications strategies and public education campaigns. She previously served as media relations manager for Newsweek and started her career as a journalist based in Rome, Italy where she was a radio anchor and reporter for major outlets including Market News Service International and Bloomberg News.