AHLA Honors Hospitality Employees at Stars of the Industry Awards 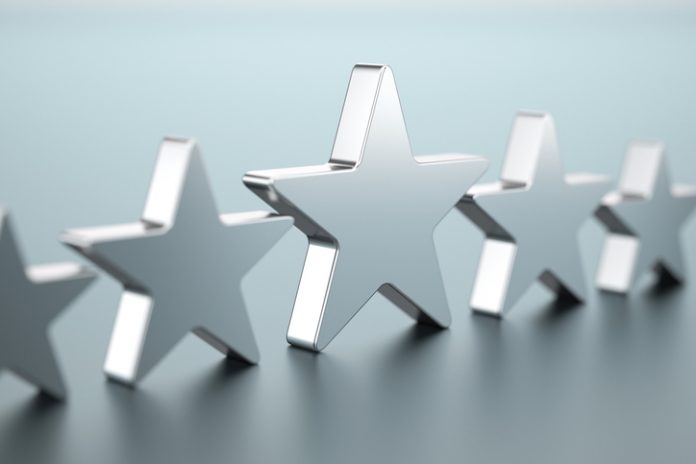 WASHINGTON, D.C. — The American Hotel & Lodging Association (AHLA) and the American Hotel & Lodging Foundation (AHLA Foundation) on Tuesday honored the people across the country who led their teams and supported their communities during a year unlike any other during the 2021 Stars of the Industry Awards ceremony. Nearly 300 hotel employees representing every job from front-desk agents to housekeepers to general managers and servers were nominated for this year’s awards.

The North Star Award, which recognizes someone who demonstrates leadership and extraordinary devotion to this industry, was presented to James “Jimbo” Leahy, door attendant at the Boston Marriott Long Wharf, who has dedicated his life and career to Marriott and his city of Boston. Known for his warm smile and thoughtful leadership, Leahy worked extra hours to support his team over the past year and went above and beyond to make his guests and team feel special and appreciated every day.

“The Stars of the Industry Awards honor special individuals who have supported their coworkers and their communities by going beyond the call of duty despite an unprecedented year for the hotel industry,” said Chip Rogers, president and CEO of AHLA. “The women and men recognized at this event embody the true spirit of hospitality, going above and beyond for their guests and our hotels like never before. Their stories will tug heartstrings and we are proud to know them.”

The 2021 Stars of the Industry Awards ceremony featured remarks from AHLA’s Officers of the Board and other industry leaders and raised funds to support the AHLA Foundation’s mission. The Foundation’s premier fundraiser, Night of a Thousand Stars Gala, is slated to take place at the Westin Bonaventure Hotel and Suites in Los Angeles on July 25, 2021.

Winners of AHLA’s 2021 Stars of the Industry Awards

Michael Porter, general manager of Motel 6 in Saint Paul, Minn., received the award for Outstanding General Manager of the Year (Small Property). In his three-year tenure, Porter made great strides to uplift his staff and property. Leading by example Porter earned his property consistent top ratings for cleanliness and guest satisfaction in the region. He is also active in food assistance programs that provide meals for more than 100 families in his local community each week. Even Tesla has taken notice and donated to continue Porter’s mission to better serve his community.

David Piscola, general manager of Hilton New Orleans Riverside, received the award for Outstanding General Manager of the Year (Large Property). Piscola has been a member of the Hilton team for almost 27 years, impacting the many lives around him. He saw the perfect opportunity to fill empty rooms caused by the COVID-19 pandemic by partnering with Xavier University to house more than 700 students. He was able to bring back many of his employees and worked to assist impacted team members with food pantry bag distributions. His 24/7 mindset has earned him the title of president of the Greater New Orleans Hospitality and Lodging Association.

Vanessa Stanley, vice president, new builds and transitions, PM Hotel Group, Chevy Chase, Md., received the Paving the Way Award. A more than 25 year veteran of the hotel industry, Stanley brings her positive mindset, entrepreneurial spirt, and drive to succeed with her throughout every task that she faces. This was no different in 2020, where she successfully opened two new build properties and transitioned two additional hotels within the PM Hotel Group’s portfolio. She assisted both transition hotels in achieving 100-percent RevPar 30 days post-transition, a mark that has never been done before. Outside of her career, Stanley brings her passion to the Alzheimer’s Community, where she is an avid volunteer and fundraiser.

Siji John, hygiene and well-being manager, Hyatt Regency Orlando, received the Stevan Porter Emerging Hospitality Leader Award. Formerly an assistant housekeeping manager, John transitioned over into a new role, hygiene and well-being manager, when her property needed her the most this past year. John developed a return to work orientation that was focused solely on safety, sanitation, and disinfection to onboard all her returning colleagues. In addition to securing the Global Biorisk Advisory Council (GBAC) Certification for her property, she facilitated the certification process for six properties within the Orlando area. Throughout this past year, John has also become a champion of Hyatt Regency Orlando’s Change Starts Here initiative, where she engages her colleagues in conversations around diversity and inclusion efforts throughout their community.

Salazar is an ambitious leader, who has taken clear strides in the many departments with which he works, winning leader of the year for the property. Salazar’s leadership has shown in the Food and Beverage Operation which is one of the most successful within the property and has won numerous awards for their fine dining restaurant. Salazar has proven to be selfless and go above and beyond, having saved three lives while on the job.

Montgomery has found his passion creating personal relationships through his work at the Gaylord Rockies. He has distinguished himself by creating an empowering work environment leading career development programs, events, community service projects, and recognition programs. Montgomery has taken great pride in making a positive impact outside the Gaylord, supporting animal adoption events, learning experiences, and culture showcases for local high schools and underprivileged students.