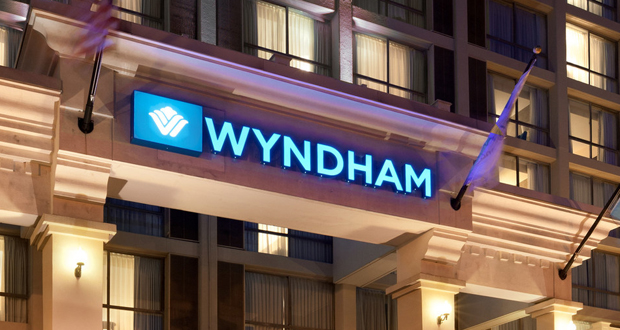 PARSIPPANY, N.J.—Wyndham Worldwide Corporation’s Board of Directors has approved the previously announced spin-off of its wholly-owned subsidiary Wyndham Hotels & Resorts, Inc., which has more than 8,300 franchised hotels globally. The distribution is expected to occur after the market close on May 31, 2018 to Wyndham Worldwide stockholders of record as of May 18, 2018. In conjunction with the spin-off, Wyndham Worldwide Corporation will be renamed Wyndham Destinations, Inc. and will continue to be the world’s largest vacation ownership and exchange company.

“For more than a decade, Wyndham Worldwide has been focused on providing great experiences for millions of guests around the world while delivering value and return on capital for our stockholders,” Stephen P. Holmes, chairman and CEO of Wyndham Worldwide, said. “Throughout this journey, we have been guided by a fundamental commitment to reliable growth in a disciplined and responsible way. We’re confident that as two independent companies, Wyndham Hotels & Resorts and Wyndham Destinations have the right focus and strategic flexibility to unlock significant long-term value for stockholders. Each of the new companies will have significant scale and a leadership position within its industry, strong cash flows, and a rich portfolio of trusted brands.”

The announcement came one day after La Quinta announced that its Board of Directors approved its spin-off of CorePoint Lodging in connection with previously announced plans to merge La Quinta’s management and franchise businesses with Wyndham Worldwide. Following the distribution of CorePoint Lodging, La Quinta expects to complete the Wyndham merger on May 30, 2018.

Wyndham also announced on May 9 that it completed the previously announced sale of its European vacation rentals business to an affiliate of Platinum Equity, LLC, a global private equity firm, for approximately $1.3 billion. The European vacation rentals business manages more than 110,000 units in over 600 destinations across more than 25 countries, operating more than two dozen local brands, including cottages.com, James Villa Holidays, Landal GreenParks, Novasol, and Hoseasons. As part of the sale, the European vacation rentals business entered into a 20-year agreement under which it will pay a royalty fee of 1 percent of net revenue to Wyndham’s hotel business for the right to use the “by Wyndham Vacation Rentals®” endorser brand and participate as a Wyndham Rewards redemption partner.