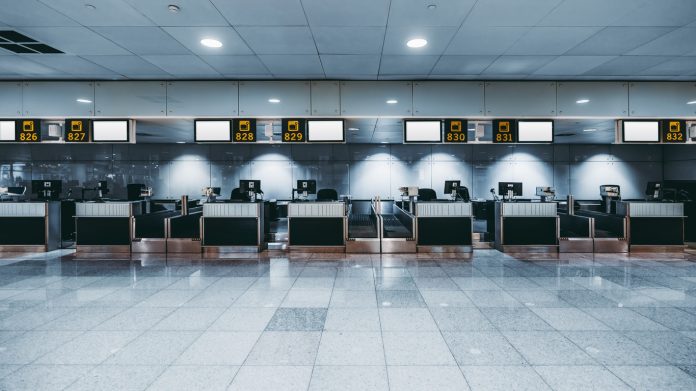 In the worst-case scenario, where restrictions were lifted after the summer, the impact would be more significant, putting a total of 197.5 million jobs at risk. This represents a 96 percent rise from the most recent 100.8 million jobs WTTC had previously estimated to be under threat from the coronavirus pandemic. According to WTTC research, removing travel restrictions sooner could save 99.3 million jobs. The impact of prolonged travel restrictions could also wipe out $5,543 billion in the sector’s contribution to global GDP, equating to a 62 percent drop compared with 2019. In the worst-case scenario, global international arrivals will decline 73 percent and 64 percent for domestic arrivals.

“We are deeply saddened by the loss of so many lives and the devastating impact on families around the world because of the COVID-19 pandemic,” said Gloria Guevara, WTTC president and CEO. “This terrible virus has also had a crushing global socio-economic impact, which is threatening the jobs of millions of people who very livelihoods depend upon a thriving travel and tourism sector for their survival.”

“Unfortunately, our new modeling reveals the depth of the long-term impact facing the global travel and tourism industry if travel restrictions continue for an extended period of time,” Guevara continued. “Under our worst-case scenario, prolonged travel restrictions could put more than 197 million jobs under threat and cause a loss of more than $5.5 trillion to global travel and tourism GDP.”

Guevara added that the “economic domino effect” would impact hotels, destinations, travel agents, and others.

WTTC’s analysis came up with three possible outcomes for the sector: In a worst-case scenario—with current restrictions starting to ease in September for short-haul and regional travel, October for mid-haul, and November for long-haul—197.5 million jobs could be lost in the global travel and tourism sector, with a loss of $5,543 billion in global GPD. Meanwhile, global visitor numbers would drop by 73 percent for international arrivals.

In a baseline scenario—with current restrictions starting to ease in June for regional travel, July for short-haul or regional travel, August for mid-haul, and September for long-haul—a total of 121.1 million jobs could be lost in the sector, with a loss of $3,435 billion in global GDP. In this baseline scenario, global visitor numbers would drop by 53 percent for international arrivals and by 34 percent for domestic arrivals.

In a best-case scenario—with current measures starting to ease in June for short-haul and regional travel, in July for mid-haul, and in August for long-haul—a total of 98.2 million jobs could be lost in the travel and tourism sector, half the number in the worst-case scenario, with a loss of $2,686 billion in global GDP. Global visitor numbers would drop by 41 percent for international arrivals and by 26 percent for domestic arrivals.

WTTC also recommended a four-point plan for governments around the globe, which includes removing certain limitations to travel, adopting global health and safety protocols, implementing a rapid test and trace strategy, and greater collaboration between public and private sectors.

“The health and safety of both travelers and those working within the sector are paramount. That’s why we have recommended the opening of ‘travel corridors’ between countries, which have controlled the spread of the virus and provided immediate support for the entire travel and tourism ecosystem. This will be vital to kick-start the economic recovery and rebuild the livelihoods of millions of people,” Guevara said.

According to WTTC’s 2020 Economic Impact Report, during 2019, travel and tourism supported one in 10 jobs (330 million total), making a 10.3 percent contribution to global GDP and generating one in four of all new jobs.