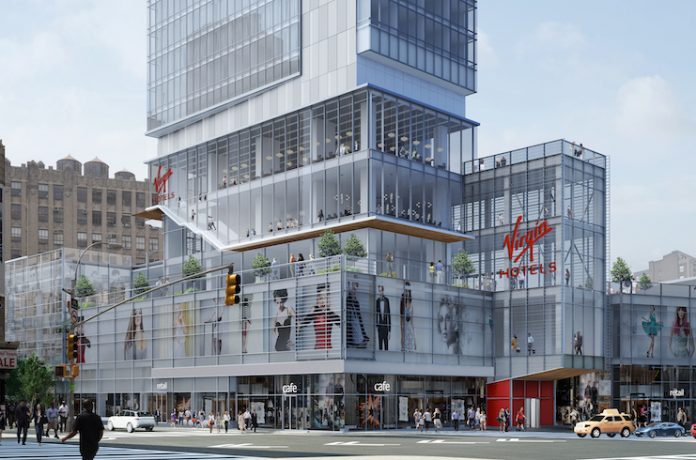 “Expanding into the United Kingdom is a major and much-anticipated milestone for Virgin Hotels. Our two new hotels in Scotland blend their distinctive personalities with the vibrant, playful, and personalized touch unmistakably Virgin. We couldn’t be more thrilled to call the beloved cities of Edinburgh and Glasgow home to our first locations outside the United States,” comments Virgin Hotels CEO James Bermingham. “And with our first New York City hotel following shortly after, Virgin Hotels is poised for a busy year of growth and elevation—and it’s only the start.”

This spring, the hotel group will welcome two Scotland hotels—Virgin Hotels Edinburgh and Virgin Hotels Glasgow—to its portfolio. Virgin Hotels Edinburgh will be in the landmark India Buildings, originally built in 1864, in Edinburgh’s Old Town near The Royal Mile. The hotel has a mix of its 19th-century origins and modern amenities to capture the character of Edinburgh. In the building, the design team has preserved its elements while adding a new style. The new hotel will feature 222 Chambers and Grand Chamber Suites along with multiple dining and drinking outlets, including Commons Club, Virgin hotel’s iconic cultural hub.

Virgin Hotels Glasgow will open in late spring as the brand’s second Scottish hotel. The property will be in the City Centre, known for its arts and music scene. The hotel will feature 240 Chambers and Grand Chamber Suites and restaurant and bar venues including Virgin Hotels’ signature Funny Library Coffee Shop.

The brand will grow its presence in the United States with a newly built hotel in New York City. Virgin Hotels New York is a 38-floor hotel that will have 463 Chambers and several concept suites, a rooftop pool and bar, dining spaces, and two floors of retailers. In addition, the property is working with an NYC-based design firm, MARKZEFF Design, to bring the city into the décor elements of the hotel’s signature venues, Commons Club Funny Library Coffee Shop, and The Pool Club.

Virgin Hotels have contemporary designs grounded in the community they’re located. Each new hotel is designed in collaboration with local designers.