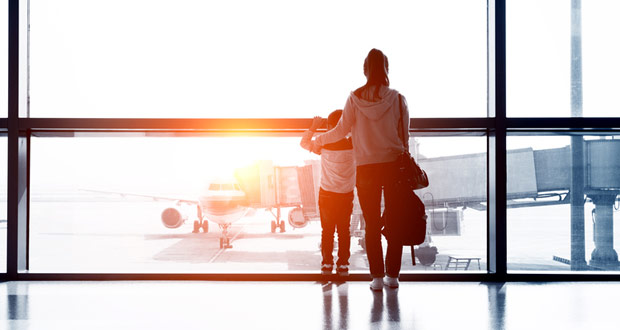 WASHINGTON—The U.S. Department of Commerce International Trade Administration’s National Travel and Tourism Office (NTTO) this week announced that the United States welcomed nearly 77 million international visitors into the country in 2017. Those visitors collectively spent a record-setting $251.4 billion in 2017, a 2 percent increase when compared to 2016. Over the course of 2017, travel and tourism exports helped support more than 1.2 million American jobs across the United States.

“International travelers continue to set spending records visiting the United States, and I expect that trend to continue in 2018 spawning further job growth,” said Secretary of Commerce Wilbur Ross. “The American tourism industry, which generated a trade surplus of more than $77.4 billion last year, continues to help drive our economy to new heights.”

Spending on personal travel—including leisure, education, and health-related travel—as well as passenger air transportation increased 3.1 percent and 3.4 percent, respectively. Education-related travel, in and of itself, accounted for nearly two-thirds (65 percent) of the increase in personal travel.

On April 9, 2018, NTTO temporarily suspended publication of overseas arrivals data due to anomalies in records received from U.S. Customs and Border Protection (CBP). Together, the NTTO and CBP identified approximately 4.5 million records that had been misclassified with respect to residency, due to a programming error. The misclassification had not been identified until it became apparent that the records were not reflecting trends consistent with other indicators of overseas travel to the United States. The data has been revised for 2016 and 2017 and has been posted to the NTTO website.

Phil Lovas, deputy assistant secretary of NTTO, shared the most recent data with hoteliers at the American Hotel & Lodging Association (AHLA) and Asian American Hotel Owners Association’s (AAHOA) 2018 Legislative Action Summit on September 12. “We are working to communicate that the United States wants and welcomes legitimate international visitors,” Lovas said. “We are coordinating with our federal partners at the Departments of State and Homeland Security to ensure that international travelers and the travel trade know that the United States is open for business. We can and we will do more moving forward in this area.”

Lovas added that Brand USA is communicating a welcoming message to international visitors and working to expand existing markets and open new ones.

International Inbound Travel to Contract, Domestic Travel to Grow Over Next Six Months

Finance & Development Burton Brooks - February 28, 2020
Who are the players converting older properties into extended-stay hotels?  "I have an opportunity to buy a hotel property that has closed due to competition...

Look Out! Helping Guests Be More Aware of Their Surroundings

Guest Experience William D. Frye - February 28, 2020
Guests rarely encounter the housekeeping attendants who clean their accommodations, maintain the hotel’s public areas, and process the hotel’s laundry. The majority of this...