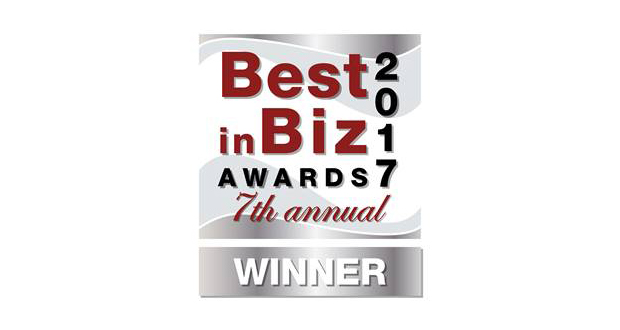 The Best in Biz Awards, an independent business awards program judged each year by prominent editors and reporters from top-tier publications in North America, recognized three hospitality executives among the 2017 winners for its Executive of the Year category.

The award recognizes executives who excel at delivering on their companies’ goals, while also balancing the wellbeing of their employees and the benefits to their customers and communities in mind. Best in Biz Awards named each of the following silver winners in their respective categories: Ron Pohl, senior vice president and chief operating officer of Best Western, won Executive of the Year—Large Companies of 1,000 or more employees; Tony Dunn, chief sales officer of Sheraton Denver Downtown, won Executive of the Year—Medium Companies of 100 to 999 employees; and Marsha Couch, chief financial officer of Creative Lodging Solutions, won Finance Executive of the Year.

“The participants in this year’s Executive of the Year category made the judging nearly impossible,” said Jack M. Germain, ECT News Network, judging his sixth Best in Biz Awards competition. “All the CEOs have lists of credentials that qualify them for the Who’s Who winners list in any corporate boardroom. Each one has an impressive record of achievements and a unique approach to deliver his or her company’s goals. They all have embraced their employees’ needs and the benefits of making technology work for them.”

Each year, Best in Biz Awards’ entrants span the spectrum, from some of the most innovative local start-ups to the most recognizable global brands. The seventh annual program was particularly hotly contested, with more than 650 entries from an array of public and private companies of all sizes and from a variety of industries and geographic regions in the U.S. and Canada. Best in Biz Awards 2017 honors were presented in 65 categories, including Company of the Year, Fastest-Growing Company, Most Innovative Company, Best Place to Work, Support Department, Executive of the Year, Most Innovative Product, Best New Product, App, Event and Website of the Year.

10 Hotels that Opened Their Doors this Summer