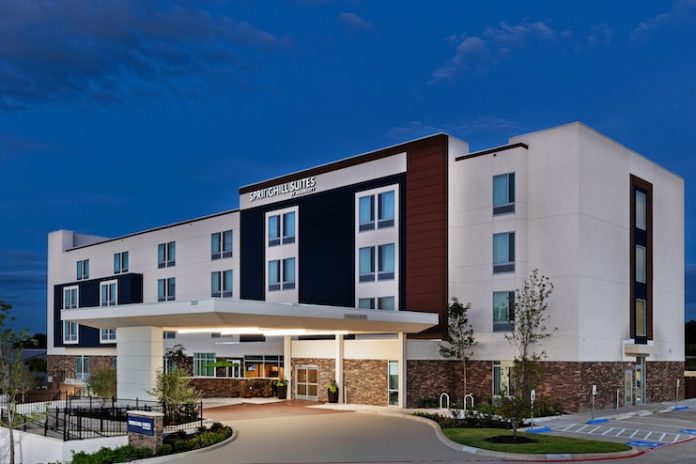 DALLAS—Remington Hotels has assumed management of the SpringHill Suites Austin West/Lakeway by Marriott in Lakeway, Texas.

Located near Texas Hill Country, Spring Hill Suites Austin West/Lakeway by Marriott is minutes away from attractions including Lake Travis and the Hill Country Galleria. The hotel is 20 miles from Austin-Bergstrom International Airport and situated off of State Highway 71, which provides access to greater Austin.

“We are thrilled to expand our partnership with TCOR Hotel Partners through the addition of the SpringHill Suites Austin West/Lakeway by Marriott,” says Stan Kennedy, chief operating officer at Remington Hotels. “It’s a wonderful property in the Texas Hill Country and we’re excited to continue expanding our footprint in the area.”

TCOR Hotel Partners has achieved its fifth hotel acquisition, its second with Gentry Mills as its equity partner. “We are very optimistic about the SpringHill in Lakeway and teaming up with Remington as our management partner”, said Tom Corcoran, president of TCOR Hotel Partners.

The addition of SpringHill Suites Lakeway is Remington Hotels’ first acquisition of 2022.