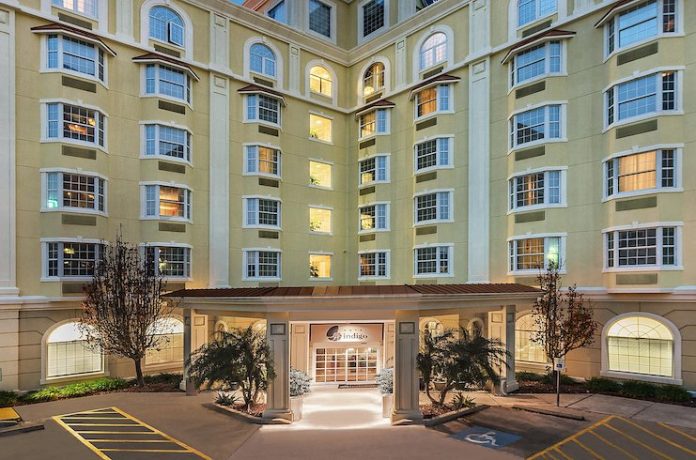 HOUSTON—CBRE has arranged financing for the purchase of the Hotel Indigo Houston at the Galleria, a 131-key hotel located in Houston’s uptown submarket. The financing was on behalf of Driftwood Capital.

“The hotel is well-situated in one of the largest business districts in the nation and the largest shopping destination in Texas at the Galleria,” said Carlos J. Rodriguez Sr., CEO of Driftwood Capital. “The tourism and business sector demand drivers of this cosmopolitan neighborhood will allow us to realize considerable investment gains while providing a newly renovated and modern hotel to the community.”

Built in 2001 and renovated in 2009, the Hotel Indigo has over 3,000 square feet of meeting space, four meeting rooms, a fitness center, and an on-site restaurant called Crossroads Bar & Bistro. The property is located near a variety of shopping and dining options including The Galleria mall and Uptown Park, an open-air mall with specialty shops and restaurants. Nearby transit routes include Interstate 610 and Interstate 69, offering access into central Houston and throughout the greater metro area.

“Thanks to the asset’s excellent location, strength of sponsorship, as well as Driftwood’s management expertise, we were able to secure favorable loan terms,” said Lepow. “This is a great outcome for Driftwood Capital to position the asset for long-term success.”

“Driftwood Capital has a successful track record as an owner and operator of hotels throughout the region and the country,” said Marty Rauch, principal at Stone Beach Capital. “We are excited to work together with the team and look forward to seeing the value that they will unlock at this property.”

The Hotel Indigo at the Galleria is one of seven hotel properties that Driftwood Capital owns or manages in the Houston area.