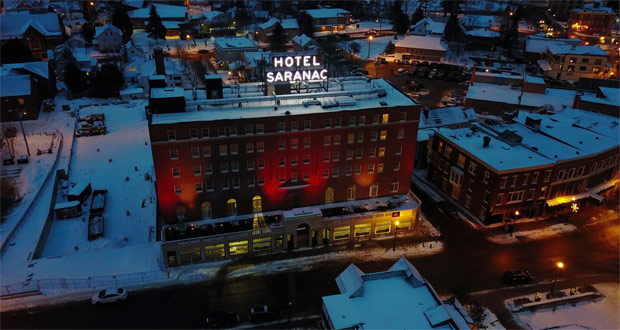 For David Roedel, business development officer at Roedel Companies, The Hotel Saranac represented much more than a business venture. “Both my father and brother spent a lot of time in the village of Saranac Lake. In fact, both were married and had their wedding receptions at the Hotel Saranac.” However, he describes, while visiting what was once the town’s pride and joy in recent years, he saw the Hotel Saranac through the eyes of a hotelier. “It was in bad shape. It had been acquired by an owner who really didn’t have the money to keep it up to date.” Roedel’s company therefore seized the opportunity, acquiring the historic hotel from the owner, then working with the state of New York to undertake a substantial restoration. 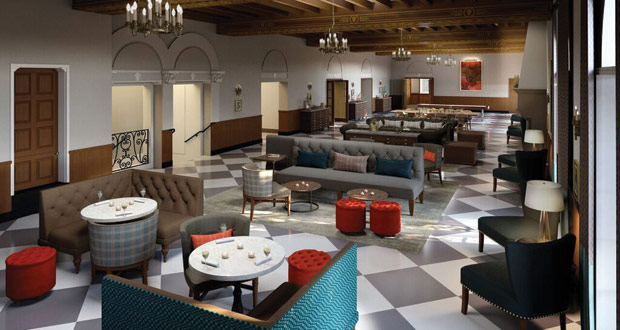 The property recently completed a four-year, $35 million renovation, but the path to restoration wasn’t straightforward. “We were awarded a $5 million grant to assist us in the restoration of the hotel in 2013,” he describes. Although the building was structurally sound, Roedel says the hotel hadn’t been updated in more than a decade when they purchased it. Planning the restoration, he says, started with a step back before moving forward. “The hotel really needed to appeal to the modern traveler, but at the same time, maintain its historic relevancy.” Ultimately, he says, it needed far more than tweaking. “It was a top-to-bottom restoration project. Everything was improved.” Roedel also notes that when Roedel Companies purchased the property, it had only 40 parking spots. “When the hotel opened back in 1927, the primary modes of transportation that hotel guests used were train or horse and buggy.” This necessitated building a parking deck that added about 150 more spots. 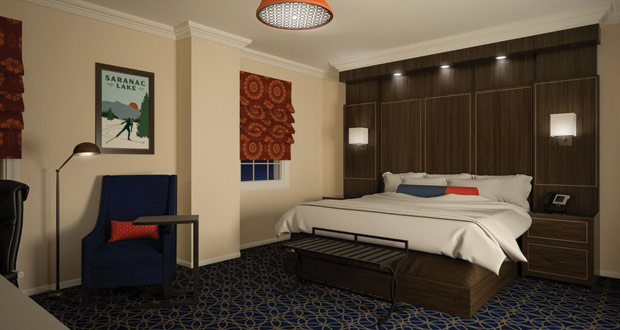 Roedel says there were both challenges and opportunities. “The opportunity was to restore a historic hotel back to its original splendor, but at the same time, add all of the modern amenities that travelers want today.” This required gaining an understanding of the hotel, not just as a beloved landmark and community treasure, but also as a product from a branding point of view. “It took some time for everyone to get on the same page, in this regard, but, at the end of the day, we understood that the hotel should be branded as an upper-upscale historic independent property.” To position the property to succeed in this market, the Hotel Saranac became a member of Hilton’s soft-branded Curio Collection, as well as a member of Historic Hotels of America.

Roedel says the community has been completely behind their efforts to restore the historic hotel to its former grandeur and place in the community. “Our business objective, of course, was to create a profitable investment, but we understood that this is really the community’s hotel. Those who grew up in the village from 1927 to 2006 had celebrated proms, weddings, and other special occasions. It’s at the center of what we call ‘micropolitan village,’ which is at the base of the Adirondacks. But it’s alone on the main street and truly iconic.” 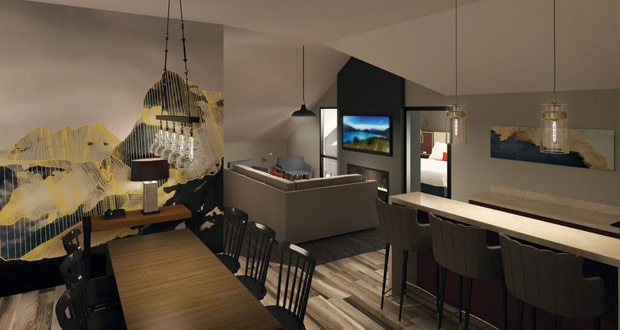 It was therefore no surprise that the community showed its support in droves on Facebook. “We launched our Facebook page the day we received our grant and closed on the sale, and within 24 hours, had over 500 followers, a number that has since grown to 3,500.”

Roedel advises hoteliers undertaking a major renovation—whether it be a historic property or even just a more recent property that needs some love—to put together the best team available right from the start. “You really have to get the people on your team who understand the process, starting with the business development people who will underwrite the deal, to your architectural design and construction team, who will help you create a budget and timeline of how long this will actually take.”