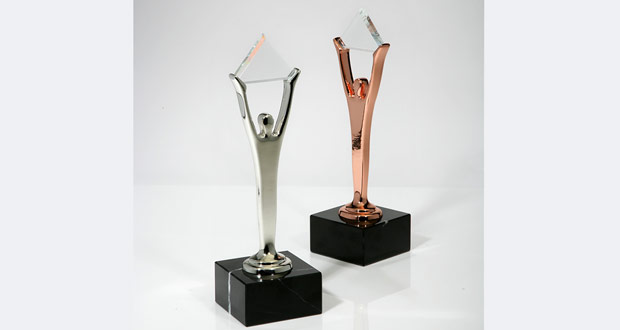 Several hospitality professionals and companies are named among the winners of this year’s 16th Annual American Business Awards. Nicknamed the “Stevie Awards” for the Greek word meaning “crowned,” the awards will be presented to winners at a gala ceremony at the Marriott Marquis Hotel in New York on Monday, June 11. The American Business Awards selected this year’s winners from a pool of more than 3,700 nominations across all industries.

“The nominations submitted for The 2018 American Business Awards were outstanding. The competition was intense, and those recognized as Stevie Award winners should be immensely proud of this accomplishment,” Michael Gallagher, president and founder of the Stevie Awards, says.

Marriott Vacations Worldwide received several Stevie Awards. The company is a Gold Stevie Winner for “Company of the Year” in the hospitality and leisure category (for large companies). Marriott Vacations Worldwide also won a Bronze Stevie Award for “Corporate Social Responsibility Program of the Year” at organizations with more than 2,500 employees for its “Harvest for Hunger” initiative through which associates, owners, and guests at the company’s participating offices and Marriott Vacation Club resorts donated non-perishable food items to local food banks. The American Business Awards also recognized the company’s global resort operations as a Gold Stevie Winner for “Customer Service Team of the Year” for the hospitality and leisure sector.

Best Western Hotels & Resorts’ Vice President of Operations Bruce Wienberg is a Gold Stevie Winner for “Maverick of the Year” in the consumer services category. The hospitality industry veteran joined the company in 2003 and assisted in rolling out Best Western’s “I Care Every Guest Every Time” training program, which uses Mursion avatar training simulations. That program has created the highest guest satisfaction scores in the company’s history and helped Best Western land a spot on Fast Company’s Top 10 Most Innovative Companies list in the AR/VR category. Wienberg also championed the brand’s new “Build Your Own” breakfast program.

Las Vegas Sands won a Silver Stevie Award for “Corporate Social Responsibility Program of the Year” at organizations with more than 2,500 employees. The American Business Awards recognized the property for its initiatives to fight homelessness in Las Vegas. In the past year, the corporation has partnered with Clean the World to help create a traveling hygiene unit that visits locations serving the homeless so that people can take showers and access hygiene supplies and other resources.

Milestone Internet Marketing, Inc. in Santa Clara, Calif., won a Gold Stevie Award in the “Mobile Website & App Awards” category for the travel sector. The company was recognized for its work to create a mobile-first website for VIVE Hotel Waikiki in Hawaii. The boutique hotel’s website incorporates video drone footage and a simplified user experience to book rooms directly.

Felix Rappaport, president and CEO of Foxwoods Resort Casino in Mashantucket, Connecticut, is a Gold Stevie Winner for “Executive of the Year” in the hospitality and leisure sector. Rappaport is a former Wynn and MGM executive who took on the role of CEO at Foxwoods in 2014.

Photo courtesy of The Stevie Awards