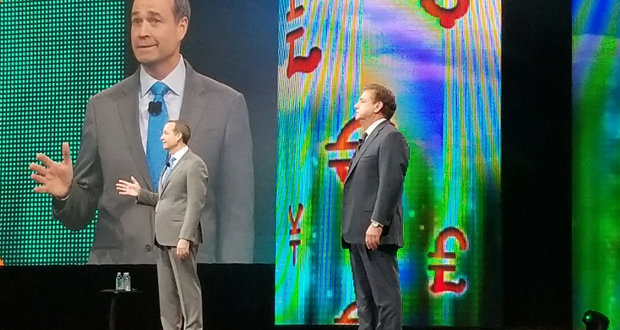 In July, Choice Hotels announced its plan to appoint Pat Pacious as the company’s president and CEO, replacing Steve Joyce effective January 2018. That timeline has been moved up to September 12, 2017, after Choice’s Chairman of the Board of Directors, Stewart Bainum, Jr., announced that Steve Joyce was named CEO of DineEquity, the parent of chain restaurants IHOP and Applebee’s where he has served on the board for more than five years. Joyce will step down from the Choice Hotels Board of Directors to focus on his new role.

“The CEO succession of Steve to Pat is the culmination of a deliberate, long-term planning process focused on maintaining leadership continuity and continued positive business growth,” Bainum commented. “We are grateful to Steve for his many valuable contributions and wish him the best in his future leadership role. The Board of Directors is delighted to have Pat at the helm of Choice Hotels, as he is an accomplished leader in the organization. We know that Pat is the right person to drive continued success for Choice today and in the future.”

Choice’s CEO succession plan has been in the works over the past several years, the company said back in July. Pacious joined Choice in 2005, and has served as COO since January 2014. Under Pacious’ direction, Choice built global technology platforms that improved profitability and made operations more efficient for the company’s franchised hotel owners. He has also led the company’s growth in the upscale segment with both Cambria Hotels and The Ascend Hotel Collection, as well as the transformation of the Comfort Brand.

Coronavirus Lara Becker - July 8, 2020
As the road to recovery continues, hospitality vendors and service providers across the country are doing what they can to assist hoteliers by providing...