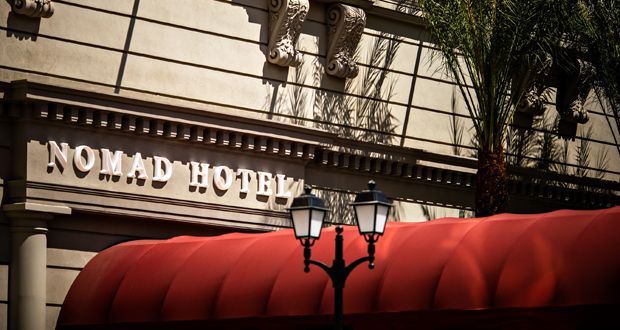 NoMad Las Vegas marks the first Las Vegas culinary offerings from Humm and Guidara’s Make It Nice, whose portfolio includes the NoMad hotels in New York and Los Angeles, Made Nice, and Eleven Madison Park in Manhattan’s Flatiron District, which has garnered six James Beard Foundation Awards, has three Michelin stars, and was ranked the No. 1 restaurant by the World’s 50 Best in 2017.

The classical theatres of France inspire the design of NoMad Bar, an all-day dining destination with breakfast, lunch, dinner, and late-night menus curated by Chef Humm. During the day, a velvet Austrian sheer curtain, custom-made by the Rosebrand theatre production company, cloaks the bar. In the evening, the curtain rises to reveal a bar environment reminiscent of its New York counterpart. 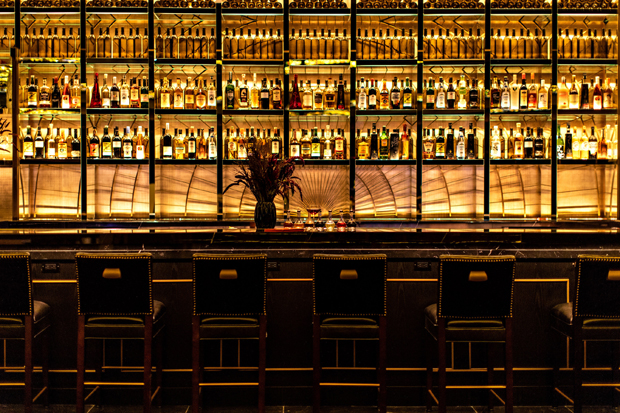 NoMad’s beverage program is created and managed by Bar Director Leo Robitschek, whose passion for the perfect cocktail has earned him critical acclaim, including the 2014 James Beard Award for Outstanding Bar Program and the “America’s Best Bar Team” honor at the 2017 Spirited Awards. The Restaurant, a NoMad signature, will make its debut in November 2018 along with private dining spaces and meeting rooms.

“We’ve always been inspired by the theatricality of Las Vegas and have been waiting for the right opportunity to come here and be part of this incredible hospitality scene/ And finally, we found that opportunity,” Guidara said. “We’re so excited to bring the NoMad to The Strip. There’s nothing more fun than serving people looking to have fun and there’s no better place in the world than here to do that.”

The first-ever NoMad Casino is under a historic Tiffany glass ceiling that is original to the former Monte Carlo. The high-limit gaming floor—with blackjack, baccarat, and roulette—takes inspiration from the old-world glamour of European casinos and the playfulness of the hotel’s new home on the Las Vegas Strip. Taking cues from the Tiffany ceiling, Garcia’s design draws on its pentagonal shape, mirrored in the casino’s geometry, leaning in an art deco direction as a nod to the 20th-century building. The bar at the Casino showcases Robitschek’s crafted cocktails.

Bill Hornbuckle, MGM Resorts International president, said, “We have long admired the expertise of Sydell Group and Will and Daniel to create hotels and destinations that cultivate such a strong sense of place. Arriving at NoMad Las Vegas through its private entrance, you immediately feel transported to a world of romance and refinement, where you can craft an entirely new kind of Las Vegas experience for yourself.”

The NoMad’s pool, a garden-like oasis inspired by the Majorelle Gardens of Morocco, will open in Spring 2019.

MGM Resorts International Closes Sale of the Operations of The Mirage

Development LODGING Staff - January 30, 2023
MCLEAN, Virginia—Tru by Hilton announced the opening of its first property in Mexico and its second in the Caribbean and Latin America. Tru by...

Industry News LODGING Staff - January 30, 2023
ATLANTA—Peachtree Hospitality Management (PHM) has formed a long-term partnership with Savannah-based HOS Management (HOS) to operate nine of its hotels with the potential for...